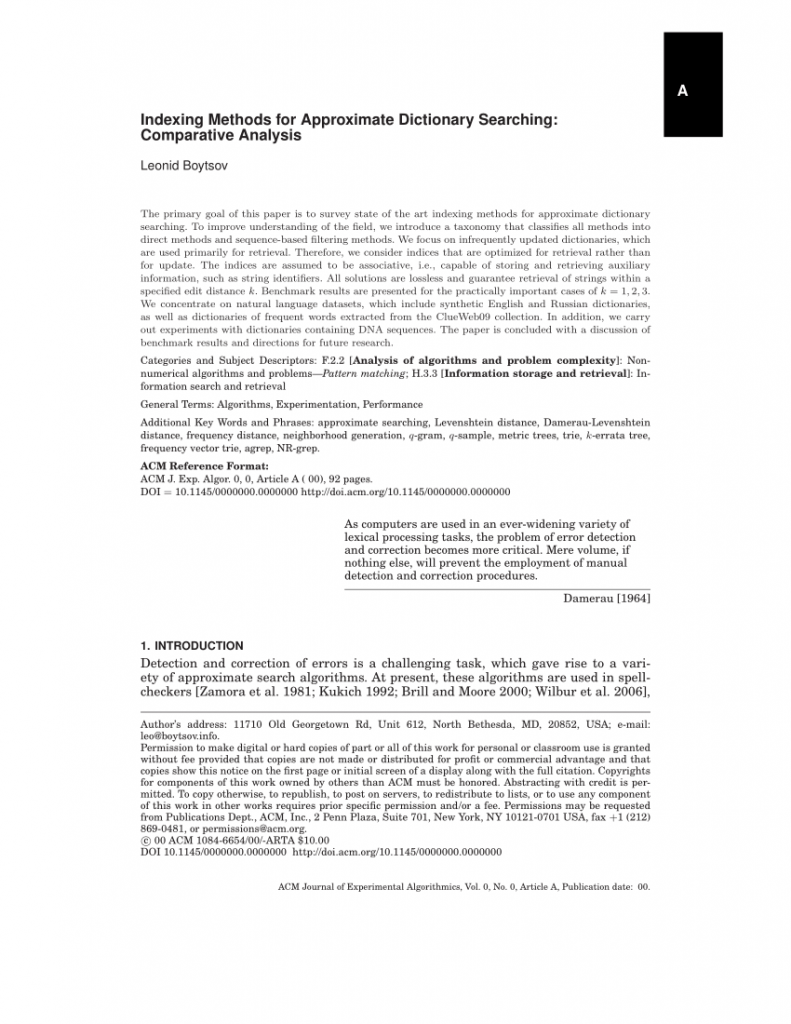 This is version 2.01 of agrep - a new tool for fast
text searching allowing errors.
agrep is similar to egrep (or grep or fgrep), but it is much more general
(and usually faster).
The main changes from version 1.1 are 1) incorporating Boyer-Moore
type filtering to speed up search considerably, 2) allowing multi patterns
via the -f option; this is similar to fgrep, but from our experience
agrep is much faster, 3) searching for "best match" without having to
specify the number of errors allowed, and 4) ascii is no longer required.
Several more options were added.

The three most significant features of agrep that are not supported by
the grep family are
1) the ability to search for approximate patterns;
for example, "agrep -2 homogenos foo" will find homogeneous as well
as any other word that can be obtained from homogenos with at most
2 substitutions, insertions, or deletions.
"agrep -B homogenos foo" will generate a message of the form
best match has 2 errors, there are 5 matches, output them? (y/n)
2) agrep is record oriented rather than just line oriented; a record
is by default a line, but it can be user defined;
for example, "agrep -d '^From ' 'pizza' mbox"
outputs all mail messages that contain the keyword "pizza".
Another example: "agrep -d '$$' pattern foo" will output all
paragraphs (separated by an empty line) that contain pattern.
3) multiple patterns with AND (or OR) logic queries.
For example, "agrep -d '^From ' 'burger,pizza' mbox"
outputs all mail messages containing at least one of the
two keywords (, stands for OR).
"agrep -d '^From ' 'good;pizza' mbox" outputs all mail messages
containing both keywords.

Putting these options together one can ask queries like