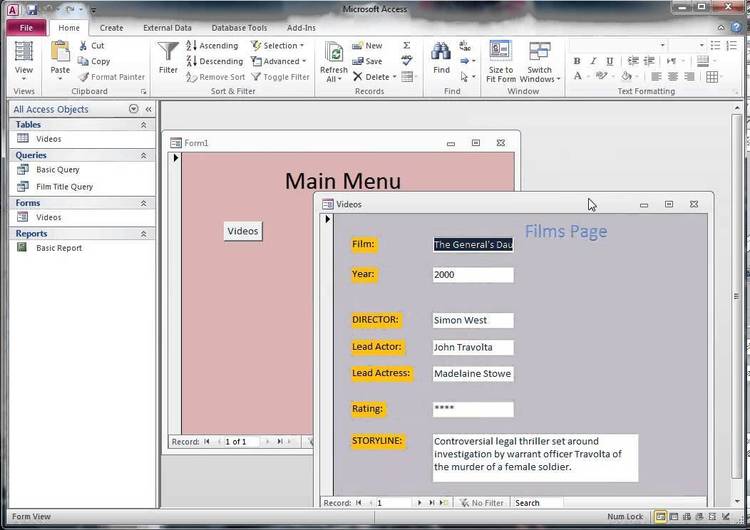 CONTROL.MDB contains a module and a test form, demonstrating how you can remove and replace the
System menu, the maximize and the minimize buttons from your forms.

Attached to the OnPush event of a button, try:

This will turn off the System menu and turn on (or leave on) the two buttons in the
upper right corner of the form.

Access doesn't know that you've turned off these items. Because of that, I've found two
cases that act strangely:

1.) If you turn off the system menu and then maximize a form, Access turns ON the
system menu, and there really isn't any way to remove it while the form is maximized.

2.) If you remove the System menu and minimize a form, attempts to restore the form
to its original size will crash Access (at least, this is the behavior I saw on my machine).

Therefore, if you remove the System menu, I suggest you also remove the max/min buttons
on the form. I haven't found any problems with removing just the max and min buttons at run-
time.