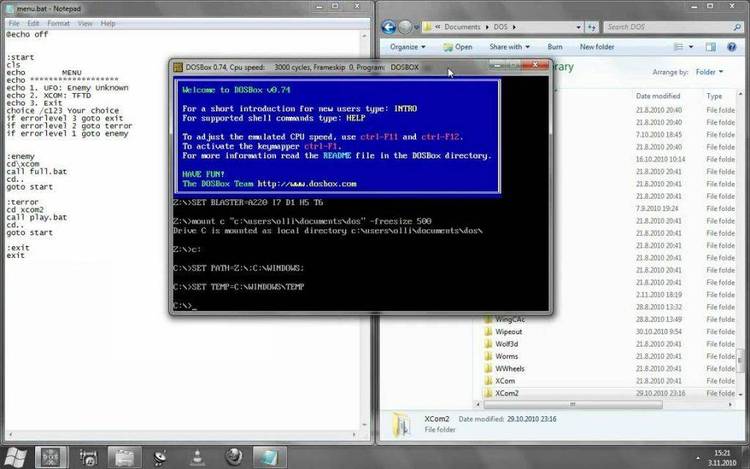 Contents of the SH.DOC file


SH (short for SHell) is an easy to use menu program for MS-DOS
computers. Its purpose is to let you run applications by simply
pressing a function key. The menu is defined by a user-created
text file; it's easy to change the menu selections at any time.

SH is NOT in the public domain; it is a commercial product
marketed via the Shareware concept. I have retained ownership of
the program and am authorizing its use on terms that I think are
fair to both you and me:

1. If you use SH for more than a 21 day trial period, you must
register with me and pay a fee of $15.00 per copy (contact me
about site licenses at substantially reduced rates).

If this program is useful to you, it's only fair that you
pay a reasonable price for the benefits you get. Unregistered
use of the program after that period is a violation of my license
to you.

There's also a tangible advantage to registering... you'll
receive a new version of SH that doesn't make you look the
opening screen for a couple of seconds each time you start it up.
That makes it much easier to pop into and out of the menu.

2. I encourage you to distribute SH, but only in a package
including SH.EXE, SH.DOC, and README.NOW. If you distribute SH
on diskette, you may not charge more than the reasonable cost of
duplication and distribution. I think that $7.00 is a reasonable
maximum charge.

3. The actual license terms are at the end of this document.
Please read the license before using the program.

4. Your use of SH signifies your acceptance of these terms.

SH runs on any IBM-PC or 100% compatible, using DOS versions 2 or
later. You must have a disk drive (probably a hard disk)
addressed as drive C. SH uses only about 13k of RAM. It is a
shell that in effect surrounds your application programs and
launches them at your request. It's NOT a TSR (memory resident)
program and should not pose any conflicts with TSRs that you may
have installed.

SH is designed to make things as easy as possible for the user,
and to minimize the precious RAM that it requires. To accomplish
both of these tasks, it makes use of a resource already present
in your computer -- DOS's batch file language. When you make a
selection from SH's menu, it runs a batch file that you've
created. Doing this makes SH simpler and use less memory, and
prevents you from having to learn a complicated set of commands
to program SH to run the files you want, the way you want to run
them.

SH.EXE should be installed in your current path. I suggest that
you put it in the same directory as your other utility programs,
and that you keep a path set to that directory at all times. For
example, I have a directory called C:\DOS where my DOS and
utility programs live, and my AUTOEXEC.BAT file has a command in it
("path C:\DOS") that sets a path to that directory. That's where
I install SH.EXE.

You must also have COMMAND.COM installed in the root directory.

Next, create a directory on your C drive called BATCH with the
command "makedir C:\BATCH". SH looks for a text file called
SH.TXT in this directory. The C:\BATCH directory also contains
the batch files that are executed when the user presses a
function key. SH automatically looks for this directory, so you
don't need to include \BATCH in your path command.

Now, create SH.TXT in the C:\BATCH directory. It must be a pure
ASCII text file (with no word processor control codes, and with a
carriage return/linefeed at the end of each line). You can use
any word processor or editor that has an ASCII mode. Each line
of SH.TXT represents one menu choice and the batch file to be
executed for that choice. There may be up to 20 lines in the
file and, therefore, 20 choices.

Each line of SH.TXT contains up to 25 characters of text to be
included in the menu, a vertical-bar separator character ("|" --
on my keyboard, it's a shift-backslash), and the name of the
batch file to be executed. For example, a simple SH.TXT file
might look like this:

You can include spaces in the 25 character description, but there
can be no spaces between the separator character and the name of
the batch file.

Note that the ".BAT" extension is NOT included in the batch file
name -- it's automatically supplied by SH. The first ten menu
lines are assigned respectively to function keys F1 through F10.
If there are more than ten lines, selections 11 through 20 are
assigned to