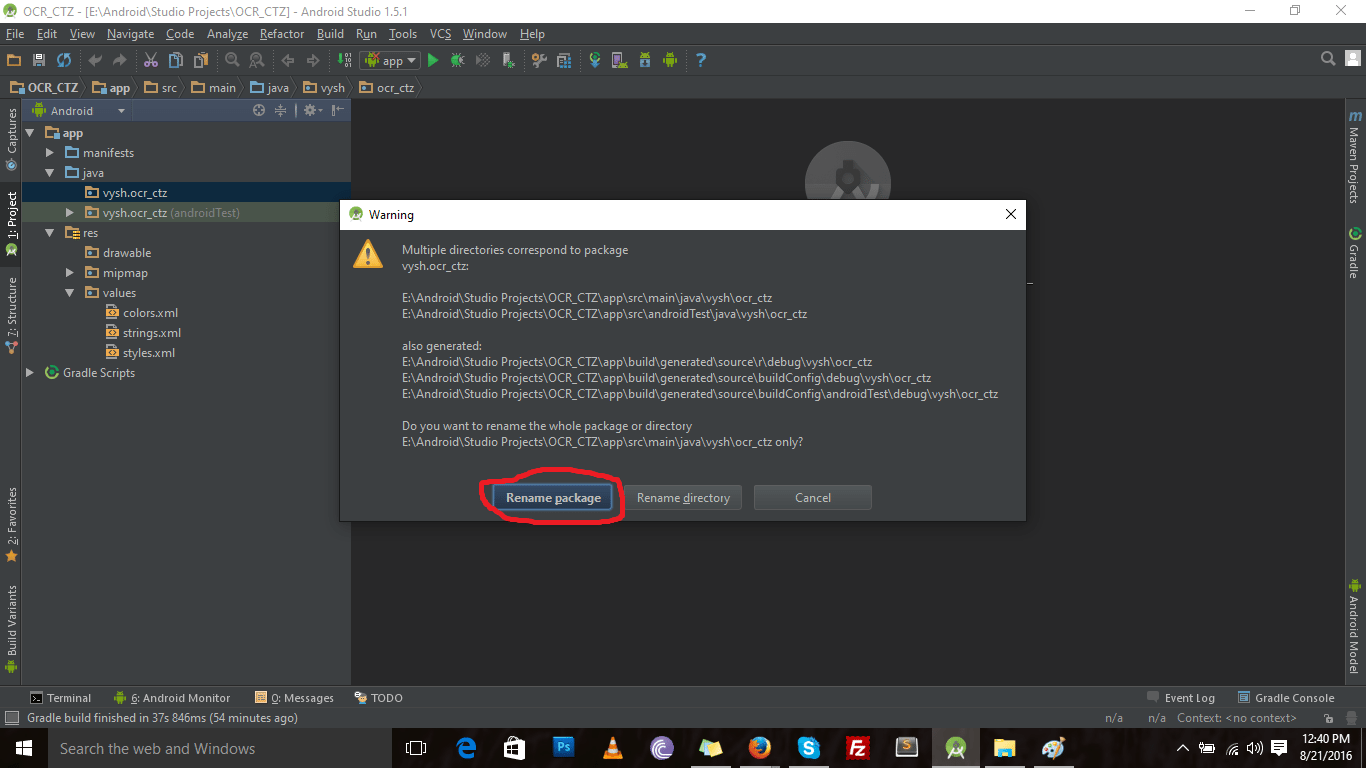 Contents of the RENDIR3.DOC file

One of DOS's minor annoyances is that the system isn't designed
to allow you to rename subdirectories. With DOS 3.0, function 56h
became able to rename a subdirectory. (Actually, in DOS 3.0 -- but
only in that version -- you can use BASICA to NAME olddir AS newdir.
This is a bug in DOS, however, that was fixed in DOS 3.1. With DOS
3.1 and presumably henceforth a program such as RENDIR is needed.)

RENDIR does not allow changing the disk or directory in which the
subdirectory to be renamed exists. This was done as much for syntax
consistency as for the fact that function 56h does not allow
subdirectories to be moved to another directory when they are renamed.

The exception to the syntax used by the RENAME command is that
wildcard characters (* and ?) are not allowed in source or target
subdirectory names by RENDIR. Function 56h does not allow for them
(for renaming any kind of file), and function 17h (which does allow
wildcards) cannot be used for renaming subdirectories. If you want,
you can program them in yourself, but renaming one subdirectory at a
time seems useful enough.

RENDIR starts out by displaying a copyright message and checking
to see that the version of DOS is 3.0 or later. RENDIR has only one
quirk, namely, you shouldn't try to rename the subdirectory you are
currently in. DOS gets confused as to what has occurred and doesn't
immediately notice that the current pathname is no longer valid. The
current directory name will not immediately change. As a result, if
you issue a DIR command for the current directory, it will look as if
nothing has changed.

Nothing gets destroyed or damaged, but it seems best to avoid
this quirk. Avoiding it is actually simpler than encountering it.
RENDIR's syntax makes renaming the current directory difficult because
you have to specify the full pathname. DOS dot (. and ..) notation
will not work because path specifications are not allowed in the
target name. In fact, RENDIR's syntax is structured so that renaming
a subdirectory of your current directory is the easiest job of all,
and that's probably the way you would naturally want to use it most
of the time. It's perfectly safe in any case, but quirks should be
avoided wherever possible.