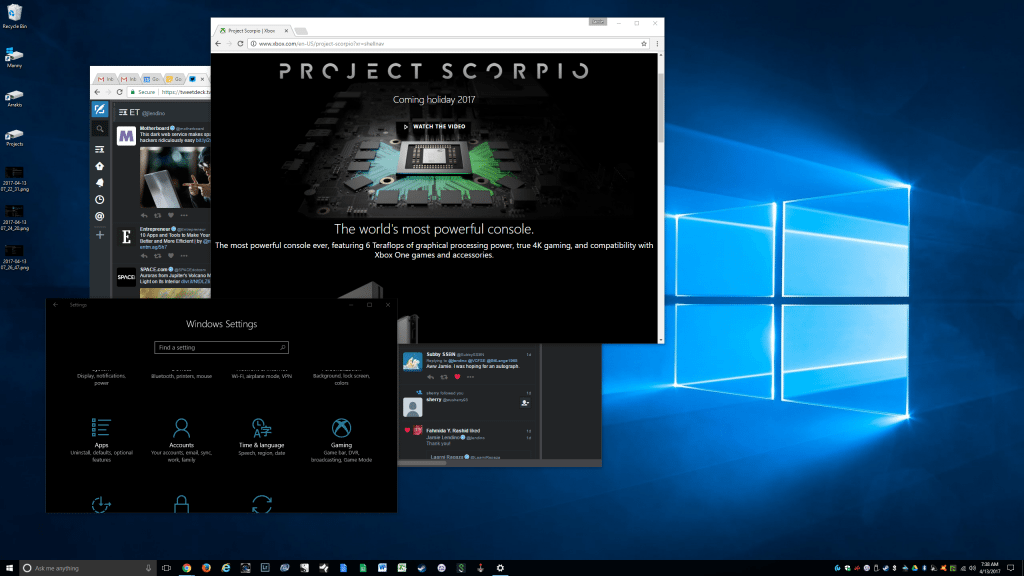 Contents of the MODE.DOC file

One of the interesting things about "power" users is that they tend
to forget that not everyone has all of the tools that they do. I found a
program called QUICKEYS (PC Magazine, late 1985) very useful and
installed it in the AUTOEXEC.BAT file on my old 8088 machine. I never
thought about it again. I did notice that quite often when I used
someone else's machine it seems like a real dog but I didn't bother to
think why. I had to use a PS/2 model 80 for a while and hated it every
time I typed something because it was so slow! When I finally bought my
own 386, I found that QUICKEYS wouldn't work on it so my new machine was
now doing a slug imitation also. Oh, it was fast enough when it was
it's turn to do something but when it was my turn to move a cursor or
space over on a line, it seemed slower than my old PC. It only took a
few hours to tire of this and start looking for a replacement for
QUICKEYS. Luckily, I had DOS 4.0 (about the only good thing you will
ever hear me say about 4.0) which has a new extension to the MODE
command to change the typematic rate of the keyboard. I put it in my
AUTOEXEC.BAT and again forgot about having a slow keyboard.

Recently, however, I was reviewing someone else's program and was
really impressed at how terribly slow it was. This program seemed to
take forever to move the cursor from one entry to another. When I
exited the program, I noticed that my normal cursor was now also
terribly slow. This person had modified the typematic rate in a failed
attempt to improve their program's performance and then had reset it to
normal when they were done. For me, normal is glacial. It was obvious
that this programmer thought that normal was normal. That did it. If a
programmer could fail to know what the typematic rate should be, then
there must be lots of users who don't know what they are missing either.
I am therefore including this note in PC-Catalog in the hopes of helping
at least one person to find out how fast a computer should be (and
PC-Catalog in particular).

The initial keyboard "typematic" rate seems to be to start
repeating characters one half second after a key has been pressed and
then repeat at a rate of 4 characters per second as long as it is held
down. To me this is terribly slow. If you have DOS 4.0, try executing
the command:

After running that command, just hold the space bar down and notice
how fast the cursor travels across the screen. You probably want to put
this command in your AUTOEXEC.BAT file. If this is too fast, RATE is the
number of repeat rate in characters per second (1 to 32) and DELAY is
the time to wait before repeating the character the first time in
quarter second increments (1 to 4). Don't be afraid to experiment. You
can just keep executing the mode command repeatedly until you get what
you want.

What if you don't have DOS 4.0? Well, I would suggest that you
find one of the keyboard typematic rate adjustment programs floating
around. As I said, I used QUICKEYS for quite some time and found it
adaquate until I changed machines. I can also recommend FKB since I
wrote it and you will send me money if you use it. It should work on
all machines.

PC-Catalog is fast without one and lightning fast with one.