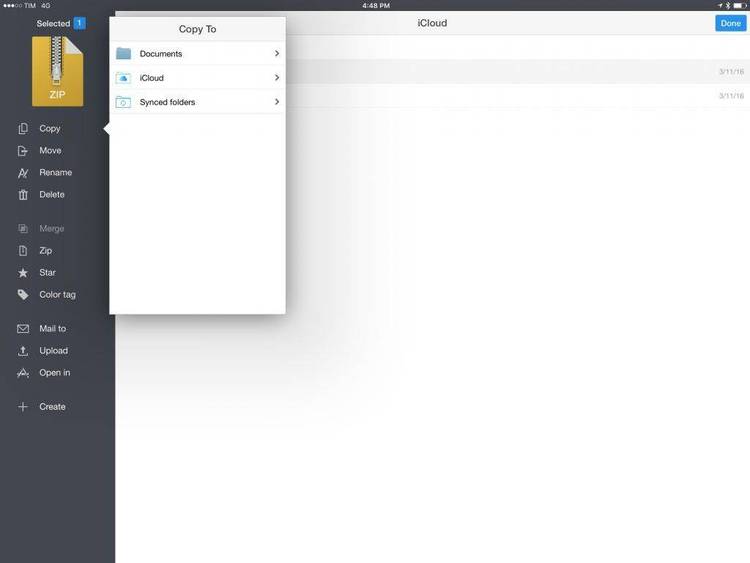 Contents of the MOVE210.DOC file

MOVE does just what it's name implies, it moves files. Why another MOVE
utility? There are several good utilities around which move files. However most
of them are in excess of 12K. Some are almost 70K. MOVE on the other hand is
just over 1K. Of course it doesn't contain all the bells and whistles of some
of the other utilities, but serves it purpose in a small package as possible.

Items in brackets, [], are optional. Why is the backslash, \, optional
before the pathname? The reason is simple, even touch-typists often have to
look down at the keyboard to find the backslash key. So it was decided that
MOVE would insert a backslash at the start of the pathname, if the user didn't
specify one. For example, "MOVE THISFILE.TXT TXT", is a valid statement. What
move acually sees is "MOVE THISFILE.TXT \TXT". Assumming that BOTH
"THISFILE.TXT" and "\TXT" exist, MOVE will perform the move. Note however, that
sometimes you HAVE to type the backslash. For example, "MOVE SRC.DAT B:\SRC",
requires the backslash.
Wildcards? Yes! For example, "MOVE *.BAS BASIC" will move all files
containing the extension ".BAS" to the directory "\BASIC" if the directory
"\BASIC" already exists. MOVE does NOT create directories.
Another example, "MOVE DAT88-?? B:", will move all files which begin with
"DAT88-" AND have no extension to current directory of drive B:. Note, MOVE can
also move files to another drive. MOVE does two types of moves. First, if the
destination path is another directory on the same drive, MOVE invokes the INT21
function to rename the file with the new pathname. This essentially "puts" the
file in the new directory without physically moving the file. Second, if the
destination path exists on another drive, MOVE checks for sufficient space on
the destination drive, (if it exists) COPYs the file to the destination drive,
and DELetes the file on the source drive. Both methods of moving will warn you
if a file with a duplicate name exists on the destination path. You will be
prompted if you wish to replace the existing file.
Neither "Insufficient Disk Space", nor duplicate filename are terminal
errors. If you have specified wildcards, and MOVE finds that a file will not
fit on the destination drive, it will merely skip that file (warning you it
wasn't moved) and continue onto the next file. The same holds true for a
duplicate file name in the destination path. Selecting "No" will only induce
MOVE to skip the current file, searching for the next file to move if
appropriate.

ERRATA
Version 2.1 is a minor rewrite allowing you to move file(s) from one
directory to another while in yet another drive/directory.

"Specified Path Not Found!"
The destination pathname you specified wasn't found. Remember MOVE will NOT
create directories. The directory specified must already exist before MOVE is
invoked.

"Invalid Drive Specification!"
Valid DOS drives are "A:" through "Z:". MOVE detected a drive designation
outside this range.

"Insufficient Disk Space!"
The current file will not fit on the destination drive.

"No File(s) Found to MOVE?"
The file(s) you specified do(es)n't exist. [Maybe you mistyped something]

"Copy error."
[Only when MOVEing files to another drive] An error occurred during the
COPYing process. [A bad or marginal disk?] This is a terminating error if you
have specified wildcards. MOVE will terminate searching for more files. MOVE
will NOT attempt to ERASE the file in the SOURCE directory.

Unique Software never suggests a "donation" or "fee". We do not expect
charity for our work. We respect your intelligence. We feel that you know how
much each of our Shareware software packages are worth to you. Don't feel like
you HAVE to send in $20 or $10, if you know the program is only worth $5 to
you. Neither be embarrassed sending in $10 if you think it's worth $40. We've
trusted you thus far and expect the balance when you've got it. In other
words, whatever is the value of our software to you is what the price
is...that's Fairware. [Remember to send us your name and address with your
payment!]

This concept has been seriously perverted over the last several years.
Initially Shareware was a daring method of distributing software without
spending the big advertising bucks that the major firms have. It was daring
because after the author(s) spent many hours developing the software, it was
distributed freely to anyone who wanted it. The author(s) relying not only on
the honesty of the users but also the quality and usefulness of the software
for payment. Numerous "authorities" laughed continuously at the concept until
it started to work. You probably have used or heard of the biggest successes,
PC-TALK, PC-WRITE, and PROCOMM. There are many others.
Success in any new venture also brings an influx of people wanting to
share the pie. There are a lot of talented Shareware programmers and
unfortunately a lot of half-baked amateurs. Therein lies the problem. For
every talented programmer and program that any of us come across, we cross two
to three half-baked programs and programmers. Shareware by it's definition at
birth is GOOD fully-functional software, NOT stripped-down, half-baked
software that is either so botched or stripped down that it's effectiveness
and usefulness is absent. How could you determine you wanted to register a
shareware spreadsheet program if the "Shareware Version" only allowed simple
arithmetic and a 9x9 spreadsheet? Are you willing to commit 40K of your
valuable disk space and register a program that works "most" of the time?

Shareware Users
Why bother to register? Why pay for it? Who's going to know one way or the
other? It's not worth the $5,000 registration fee! It's only used once or
twice a week!
How about that stack of adventure games you've solved and now sit
gathering dust in the corner? Where they worth the $25 and more EACH that you
paid for them? How often do you use them a week? a month?
The Shareware authors who are dedicated to the REAL concept of Shareware
probably won't mind if you sent $5 or $10 instead of the $15 suggested.
However understand if you're expecting the author to spend hours guiding you
through problems your having, he may be reluctant without "full" payment.
Remember, if it's REALLY not worth anything then you probably wouldn't be
using it.
Actually, you and your conscience are the only ones who know whether you
registered and paid for the software or not. Look at it this way. Take your
coin collection, or stamp collection, or video collection (something you've
worked hard in developing and are quite proud of), open a store and put a sign
on the counter, Please Pay Before Leaving, then walk off. Coming back and
seeing everything gone would be very traumatic unless everyone who did want
something did pay. You either have a bucket of money and proudly start to
build another collection, working harder, making it better than the first
collection; or without the money without the support of those appreciating
your effort you just give up and quit. The programmers can often see how many
downloads there are of his program. Fifty to a hundred to two hundred
downloads and NO registrants, not even comments can really stifle
creativeness. An alternative is driving down to the software store in the mall
and paying THOSE prices. That's why Shareware was invented.
You can tell good software from junk software. There are a lot of
responsible programmers out there who keep up with their customers.
Registration also allows them to let you know when there are bugs found and
corrected, enhancements, and upgrades.

Site or Corporate Licenses
Feel free to contact us for a Fairware Site/Corporate License. We base
our licenses on the number of units to be used, NOT on the size or ability of
your company to pay.