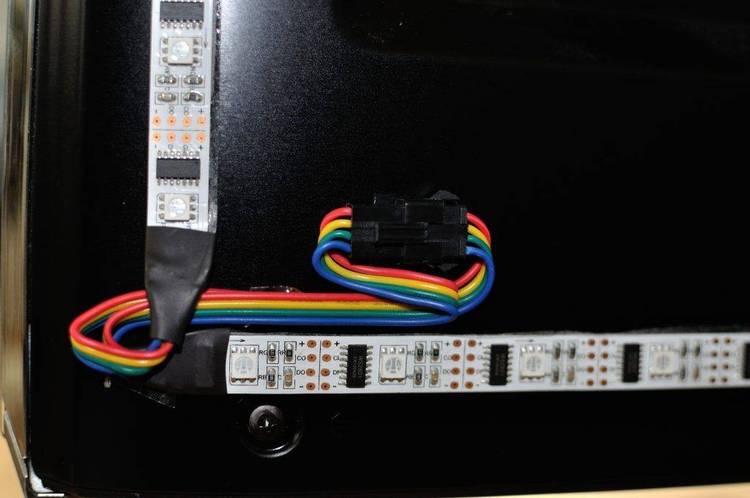 v4.0b 8/25/91 o A bug was fixed where "LCD /M" would return with
"directory /M isn't in the database" -- LCD now
displays the current directory like it should in
this case.

o A few people didn't like the fact that since the
new Speed-Search option was added they could no
longer go to the first entry of drive D:, for
example, by hitting the "D" key. This can now once
again be done by pressing ALT plus the drive letter.
In other words, ALT-E will take you to the first
entry in the list on drive E:, ALT-G to drive G:, etc.

o LCD now has a "speed search" option in the selection
screen. Any keypresses will be filtered into this
speed-search field, and will immediately filter out
non-matching directory names. The speed search does
its matching from the START of the directory name by
default. You can toggle this on and off by pressing
the '*' key. Pressing the '*' key turns on "match
anywhere" logic. For example, if you have directories
named UTILS and BUTTONS, a speed search entry of "ut"
would only show the UTILS directory. Pressing "*"
would show both the UTILS and the BUTTONS directories.

o There is now Microsoft-compatible mouse support in
the pop-up selection box. You must specify the "/M"
parameter AT THE END of the command line for mouse
support to be turned on. You must also have loaded
your mouse driver before invoking LCD. If you are
currently ALIASing CD with either 4DOS or DOS 5's
DOSKEY, just do this:


When mouse support is active, the following screen
areas are "hot areas":

clicking on the top bar "pages up"


clicking on this bar "pages down"


o LCD can now rename subdirectories and update the
database immediately. This is done with the "LCD REN"
command. You can not specify a path name in the new
filename. For example, if you're not in the current
directory for the rename, don't do this:

For those of you doing aliases, you can do:

o An even easier shortcut is the "-n" parameter, which
moves you up "n" directory levels. For example, if you
are currently in the C:\PCPLUS\DOWNLOAD\NEW\TEMP
directory, "LCD -3" would move you to the C:\PCPLUS dir.

o The LCD_COLORS environment variable can now either be
specified by NUMBER or by NAME. For example, you can
now say

To get a complete listing of the available color names,
just do an "LCD /?" command.

10 : unable to rename the specified directory.
11 : a bad parameter was specified.

v3.1a 5/05/91 o Sorry for the back-to-back releases, but 43 and 50
line modes on EGA/VGA monitors was something that
I'd promised for release in v3.0a. Unfortunately,
it completely slipped my mind. Of course, only a
few hours after 3.0's release, quite a few people
reminded me of my intentions. This version will
actually support any number of lines as long as
the BIOS reports it correctly.

v3.0a 5/03/91 o From an operational point of view, it will look to
you like LCD has changed very little. In fact, the
entire program has been totally rewritten from the
ground up. This was facilitated by one problem --
people with large drives (normally on Networks)
couldn't scan all of their drives because earlier
versions of LCD would allow only a 22K database size.
In normal use, this would usually average out to around
a maximum of 1,100 directory entries that could be
stored in the database. I say "usually" because the
way the old (v2.x) LCD stored its database was
variable-length.

Version 3.x of LCD now uses a totally different,
fixed-entry-size file format that can store up to
4,000 directory entries in the database.

o Because of the new database format, you must re-scan
after installing v3.0a.

o Since LCD is being used by many people as a total
replacement for DOS's CD, RD, and MD commands (through
aliasing), I changed the program to simply return the
current path name if you invoke LCD with no command
line parameters (just like DOS's CD command does).
If you want to see the help screen, you must explicitly
do an "LCD /?" (or "LCD /HELP") command.

o Because of the new database format, LCD can no longer
store a child directory in the database if its parent
isn't there. In other words, if you do this (with no
'aliases' on MD):

LCD will create the directory "Junk2", but it will tell
you that it couldn't store the name in the database
because its parent wasn't found.

o If you have more than 4,000 directories, LCD will
still abort as always, but it WILL save the directory
database up to that point (ie: your first 4000 dirs).

o I have "reversed" the /SCAN logic so that there are now
two switches:

I made this change because about 95% of my tech support
calls on LCD are this: "it's not finding my directories
with extensions on them!" (about 95% of my SST calls are
for the same reason).

o You can now change the colors of the pop-up display box.
You do this by setting an environment variable named
"LCD_COLORS". Its format:

would give you a LIGHTGRAY box, with BLACK text, YELLOW
highlighting, BLUE selection bar with WHITE text, and a
CYAN thumbtack (on the scroll bar).

o If you use LCD on a monochrome system, just do this:

and LCD will select a predefined monochrome color set.

o You can now abort the /SCAN process with the ESCape key.

8 : there wasn't enough memory to allocate for
the directory database.
9 : either the "LCD" or "LCD_COLORS" environment
variable is incorrectly formatted.


v2.1 3/07/91 o LCD now returns more detailed ERRORLEVEL conditions,
which had been asked for by quite a few users who
invoke LCD from batch files. The errorlevels are as
follows:

There is a batch file included (LCDTEST.BAT) that
shows how you can use these values in your batch files.

v1.4 11/24/90 o LCD can now be used as a TOTAL replacement for DOS's
"cd", "rd", and "md" commands. LCD will now try to
immediately change to the directory name that you
specify; if that fails, only then will it go to the
directory database to search for fuzzy matches. In
other words, if you have the following two directories
somewhere:

and you are currently in the C:\PROCOMM directory, then
"LCD download" will change you to the \PROCOMM\DOWNLOAD
directory without invoking the dialog box.

o LCD can now create and delete directories itself, with
immediate updating of the directory database at the
same time. The syntax is:

These commands are most useful when used with an
aliasing shell like CED or 4DOS. Since I use 4DOS,
I have aliases set up as follows:

o You can now set an environment variable named LCD to
the drive that you'd like your LCD.IDX file stored on
(for example, SET LCD=D tells LCD to maintain your
database in the file D:\LCD.IDX). If there is no LCD
environment variable, the file will be kept on drive
C: just like before.

o When in the scrollable dialog box, you now have use of
the full movement keys (PgUp, PgDn, Home, End, arrow
keys). You can also press C through Z to immediately
go to that drive's directories. This is most useful
when doing "LCD *" to see all names in the database.

v1.3 10/15/90 o Fixed a bug where LCD would get confused if you had a
one-letter directory name, and that letter also occurred
in its parent directory (ie: "c:\aRc\R").

o Of course, the above change can be a problem if (a) you
have a one-character directory name, as in R, and you
also have a lot of other directories that begin with R.
So, I have changed LCD so that it understands an asterisk
('*') as a wildcard character. Some examples are the
easiest way to explain:

o A few people wanted to be able to change to either
(a) the parent directory, or (b) the root directory
while still using LCD. LCD will now allow this,
so you can do:

v1.2 10/11/90 o A lot of people (in fact, everyone who has contacted
me) have suggested that LCD should give the highest
priority to the first positions of the pathname
specified. In other words, if you have the following
two paths on your hard drive:

then "LCD TEST" should change to the \testing\
directory immediately. v1.2 now does this.

o Overall, the matching logic in v1.2 has been greatly
improved. It now does a much better job of figuring
out what you really wanted it to do. But, it will
probably help if you know exactly how LCD does it's
searching. In a nutshell, here is what LCD does:

1. Look for an EXACT match on the directory name
specified. If more than one found, display
the dialog box. If none found, go to step 2.

2. Look for a "fuzzy" match on the name. By LCD's
standards, a fuzzy match is the name you
specified followed by any extra data. For
example, if you specify "LCD data", then all
of the following would match:

If more than one match found, display the
dialog box. If none found, go to step 3.

3. At this point, LCD just looks for the partial
string anywhere in a path name, preceeded or
followed by any characters.

o Since so very few people use extensions on their
directory names, I changed the logic to once again
use "*." for directory searches instead of "*.*".
This speeds the /SCAN function up by about 50%. If
you have directory names with extensions on them,
then you must use the /ESCAN switch instead of /SCAN.
Operation is the same, except that LCD will then use
the slower scanning method.

o LCD is now much smarter on "fuzzy" directory names.
For example, "lcd pcp" will now change you to your
"d:\pcplus" directory always, even if you have
"pcplus\downloads" and "pcplus\uploads", etc.

o When LCD can't figure out which directory you really
want, it will now pop up a scrollable dialog box with
all of the matches found in it. You simply move the
highlight bar to the directory that you want, and then
press