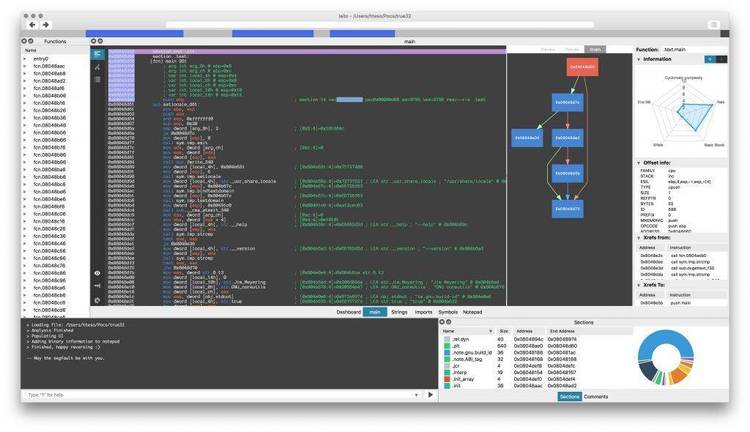 Contents of the TPENV.DOC file

The environment is an area defined by DOS to pass limited amounts of ASCII
text from one program to another. Standard strings stored in the environment
are those associated with COMSPEC, PATH, and PROMPT. Although the DOS batch
language provides the SET command to manipulate the environment, there are no
standard function calls to access it from a program. The TPENV unit fills this
gap.

TPENV provides another important function, useful to any program that provides
a DOS shell. This function allows the specification of a custom DOS prompt
within the shell. This prompt might show the name of the application, or a
reminder to "type EXIT to continue".

TESTENV is a small program that demonstrates TPENV. Compile it to an EXE file,
and run it from the DOS command line. If you have Turbo Professional, it will
first conduct you to a DOS shell with a customized prompt. Fiddle around in
the shell, and then enter EXIT to return to the test program. Next, it will
show how you can modify the DOS master environment from within a program. Be
careful: any changes you make to the DOS environment will remain in force when
you quit the program.

TPENV interfaces about a dozen routines to manipulate the environment. Almost
all of these complement the routines found in Turbo Pascal 5's DOS unit, and
all of them do something that TP4's DOS unit doesn't. Here's a rundown of the
data types and procedures in TPENV:

This type is TPENV's way of packaging information about the environment.
You'll pass a parameter of this type to almost all of TPENV's routines. EnvSeg
is the segment address of the environment. At this address starts a list of
null-terminated strings that may extend for up to 32K characters. EnvLen is
the maximum usable length of that environment (not the amount currently in
use). EnvPtr is normally nil. It is used only when you allocate new
environment space from the Turbo Pascal heap, and even then you won't want to
refer to the EnvPtr field directly.

If an error occurs in one of TPENV's routines, the EnvSeg field will remain
at zero. You shouldn't continue processing with an environment record if
EnvSeg is zero.

This constant is used only when you call the ShellWithPrompt function. It
contains the address of a user routine passed to the (Turbo Professional)
ExecDos routine (from the TPDOS unit). You'll probably want to leave it nil,
but the constant is available should you wish to take advantage of this
powerful ExecDos feature.

Allocates space for a new environment, from the Pascal heap. The most likely
use for this routine will be in a program that spawns other programs and
needs to pass a lot of environment information to them. Size specifies the
number of bytes to reserve for the new environment. NewEnv actually
allocates 31 bytes more than you request, to assure that paragraph
alignment is possible and to create a fake DOS memory control block which
keeps other programs and routines happy. If there isn't sufficient heap
space to allocate the new environment, NewEnv returns the EnvSeg field of
Env set to zero.

After a call to this routine, the new environment is totally filled with
nulls. Use the CopyEnv routine to copy from another environment to
initialize the new one.

Deallocates heap space for an environment previously allocated with NewEnv.
Calling DisposeEnv with the master or current environment record as a
parameter does nothing.

Sets the environment of the current program to a different one, the one
specified by the Env parameter. You'll want to do this after calling NewEnv
and initializing the new environment, but before spawning a child process.
DOS copies the current environment to the child process. To keep from
messing up DOS's own memory allocation, you should always restore the
current environment to the one DOS allocated before quitting a program. See
the calls to SetCurrentEnv in ShellWithPrompt for an example.

Copies one environment to another. If the Dest environment is smaller than
the Src, CopyEnv copies what it can and truncates the last element wherever
it must. The copy never includes the pathname information that DOS 3.0+
tacks at the end of the normal environment. If this information is
needed, you can usually use the SetProgramStr function to copy it. See
ShellWithPrompt for an example of how to do this.

Returns the number of bytes unused in the specified environment. You may
want to check this value before adding a new string to the environment,
although SetEnvStr checks as well.

The search string may end with '=' if desired, but GetEnvStr will append an
equal sign if needed. Searching is not case sensitive. White space in the
search string is important and should generally be avoided. If GetEnvStr
finds no matching environment string, it returns an empty string.

This routine has one side effect. If the environment to be changed is the
current environment, SetEnvStr wipes out the program path name stored beyond
the end of the environment under DOS 3.0 and later. If you need to access
this pathname, be sure to do so (via the ProgramStr function) before calling
SetEnvStr.

Parses and writes each element of the environment to the output device. The
listing is terminated with the number of unused bytes in the environment.

Returns the complete pathname of the current program, if DOS 3.0 or later is
installed. Otherwise returns the empty string. Under Turbo Pascal 5, the
same result may be obtained by using the expression ParamStr(0).

Provides a method to set the program path name, normally available under DOS
3.0 or later. Path is appended to the specified environment just like DOS
would do it. If insufficient space remains, SetProgramStr does nothing and
returns False.

Starts a DOS shell with the prompt set to the specified value. The user can
execute DOS commands until EXIT is entered, and then the calling program
continues. This routine depends on the ExecDos routine from Turbo
Professional for the mechanics of the shell. If you don't have Turbo
Professional, you could modify the routine to use Turbo Pascal's Exec
routine instead.

The Prompt string may specify any valid DOS prompt, including the
metacommands such as $p$g, and ANSI escape sequences if ANSI is installed.
The prompt totally replaces the existing prompt until the shell returns.

ShellWithPrompt allocates heap space for a new environment including the
specified Prompt. Heap space is allocated even if the prompt would fit in
the existing environment. The new environment is a copy of the current one,
with the PROMPT entry changed.