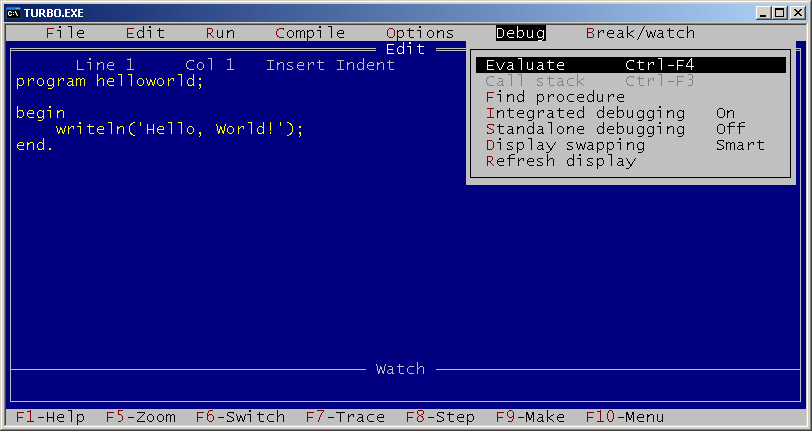 Contents of the EDITOR.DOC file


One of the most important things in applications program development is the
actual data entry itself. Data entry would appear to be the simplest part
of any applications project on the surface, yet almost every programmer has
sweated and worried about the actual procedures, seemingly all out of propor-
tion to the task at hand.

Over the last few years, numerous magazine articles, indeed entire chapters
in computer programming texts, have been devoted to the importance of accurate
and efficient data entry. But with all the stress on its importance, little
has been said about the methodology itself, leaving that to the programmer
or analyst to determine.

Character strings are comprised of a group of alphabetic and/or numeric
characters, with the alphabetic characters in either upper, lower or mixed
case and are entered from left to right (left justified). Whole numbers
(integers) are comprised of numeric characters and, unlike the Roman influenced
alphabetic characters, are derived from the Arabic right to left (or right
justified) notation. The historically more recent decimal notation shares
both influences with the integer portion of the number right justified and
the decimal portion left justified.

As you can see, simply manipulating each of the three principal data types
can be considerably confusing for data input procedures. For instance,
entering the integer value "123" should appear on the data entry screen as:

Note that the entry stays right justified; that is, each numeric character
entered "pushes" the preceding character(s) leftward, leaving the most
recently entered character in the rightmost column.

Note that the decimal must be "toggled"; that is, the decimal or "." key
must be pressed to signal the beginning of the decimal portion of the numeric
entry or the integer portion must be entirely filled.

In comparison, alpha-numeric entries (strings) would seem quite simple and
straight-forward. But are they? Depending on the needs of the data input
operator, alpha-numeric entries can be quite complex, particularly when
upper case alphabetic characters, numeric characters and lower case characters
must be mixed in a specific order. For example, a part number could require
the first two characters of the field be numeric, the third character to be
upper case alphabetic, and the balance of the part number to be numeric as
shown below:

By using a "mask", the data entry could readily provide character-by-character
editing to ensure that the numeric values are placed in a specific position
within the field and that the alphabetic character is an upper case character,
regardless if the shift key is pressed (thus saving a keystroke for the
input operator).

Data entry normally requires more than one data field be entered. While the
screen design and field placement is left to the programmer or analyst, the
EDITOR.TPU makes the placement and field length fairly easy to determine.
This version of EDITOR.TPU is fairly simplistic in that it is not ABSOLUTELY
"bulletproof" and allows numeric entry into an alphabetic position within
the field; however, this TPU will suffice for about 95% of all data entry
needs (see "Registration Note" at the end).

Five basic procedures are called from the TPU: EditDate(), EditString(),
EditInt(), EditReal() and EditChoice(). However, to use more than one field,
the variables "FieldNo" and "LastField" must be initialized in the originating
program and handled on a "Case" basis as noted below:


The apparently simple procedure shown above covers considerable complexity
within the EDITOR.TPU. Three basic entry types are given: String, Real and
LongInt (Var1, Var2 and Var3). Note that Var3 *MUST* be declared as LongInt.

The EditString() procedure is declared as follows:

The X and Y positions are equivalent to the Turbo Pascal "gotoXY()" statement
and positions the first character in the entry field on the data entry
screen. A certain amount of caution should be used with windows in that the
window values may be different than the default "Window(1,1,80,25)".

The input mask, when used, may show "U", "#", "*" or spaces. The placement
of each masking character is important in that the characters input from the
keyboard will follow the mask rules explicitly. The String mask may be merely
spaces, indicating that any normal keyboard entry (excluding