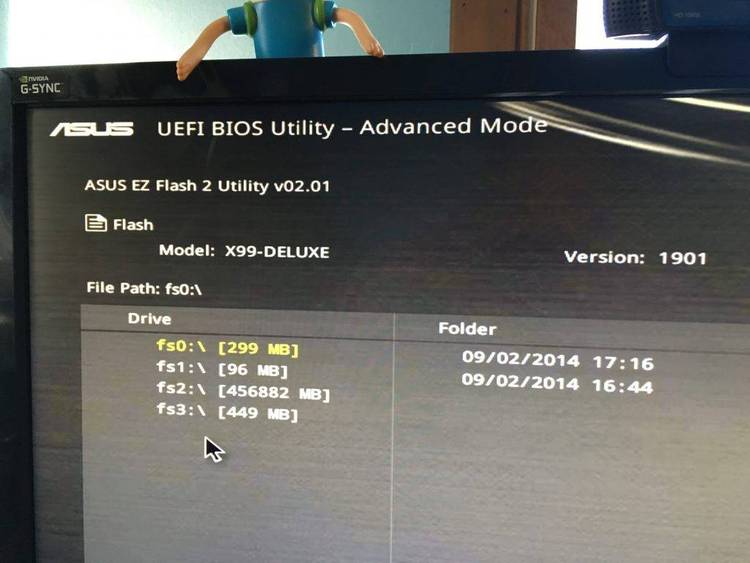 Contents of the OS2AMI.TXT file

Considerations in the Use of the AMI BIOS with OS/2:

AMI BIOS's of modern vintage provide a Screen ID Code, visible at the lower
left of the screen during the initial RAM count, and which can be made to
return by resetting with Ctrl-Alt-Del:

If the screen ID code is in a form other than this the BIOS is either extremely
old, or was produced by a company with a source code license. In the former
case contact us for update information, but in the latter case only the
motherboard manufacturer will be able to provide further information or
updates. Everex 386 BIOS's are in this latter category.

General Rules:
1. If an IDE type hard drive is installed the date ("mmddyy") should be 040990
or later for use with ANY operating system, DOS included, due to the special
timing requirements of IDE drives which were accommodated on the date noted.
2. With any other drive type, such as MFM, RLL, ESDI or SCSI, OS/2 may be
expected to install and operate correctly if "mmddyy" is 092588 or later,
provided that the Keyboard Controller Revision Level is suitable for the
version of OS/2 being used. Note also that in the case of SCSI hard drives a
driver compatible with the version of OS/2 being installed is likely to be
required, and a special installation procedure may apply.
3. The Keyboard Controller Revision Levels ("c" in the Screen ID Code Examples
above) expected to produce proper installation and operation of the various
OS/2 versions are as follows:
OS/2 1.0 or 1.1: 8, B, D or F
OS/2 1.2x: D or F
OS/2 1.3x or 2.0: F
4. If the Keyboard Controller Revision Level shows as 0 then the Keyboard
Controller chip is NOT an AMI chip, even if an AMI License Sticker was applied
to it by the motherboard OEM. This means that its performance under OS/2 is
unknown - it may or may not work correctly. In some cases an AMI chip can
successfully replace a non-AMI chip, but this is NOT a general rule - often the
non-standard Keyboard Controller was used to combine motherboard functions not
normally part of the Controller, and substituting a standard chip will cause
the board to not function at all. In this case there is no solution other than
replacement of the board. A Revision Level of 9 accompanied by a non-standard
ID Code also indicates a non-standard controller (and BIOS), and the
motherboard manufacturer should be contacted for further information.

BIOS Updates:
If a BIOS prior to the dates noted above requires replacement, note the
following:
1. AMI BIOS and BIOS Plus series BIOS (16 character ID Code) for CACHED
motherboards are customized for individual motherboard designs, and can ONLY be
obtained from the motherboard OEM, with only THREE common exceptions:
a) BIOS's with "aaaa" = E307 can often be replaced with a standard
type.
b) BIOS's for Northgate or Motherboard Factory motherboards EXCEPT
the Northgate Slimline can be replaced by a standard type.
c) BIOS's with "aaaa" = DAMI, DAMX, or EDAMI are usually for
cached boards designed and/or built by AMI, and if so can be
updated.
2. The complete Screen ID Code is required to properly address whether a BIOS
update for other motherboards can be provided, and in the case of the Hi-Flex
BIOS the complete SECOND and THIRD lines of the ID Code are also necessary. If
not immediately visible on the screen they may be viewed by pressing the
key during boot-up.