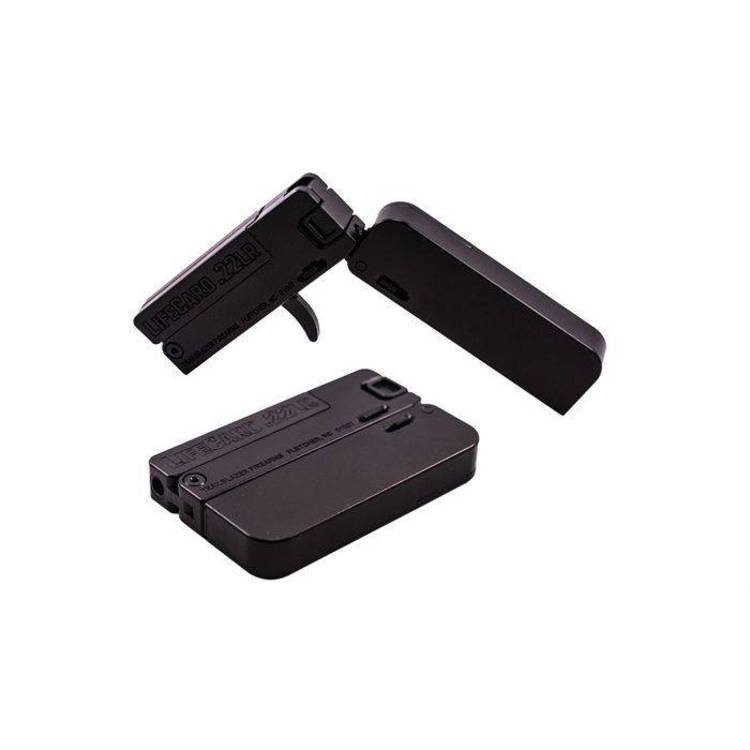 TACSTAR is distributed "AS IS". The authors hereby disclaim all
warranties relating to this software, whether express or implied,
including without limitation any implied warranties of merchantability or
fitness for a particular purpose. The authors will not be liable for any
special, incidental, consequential, indirect or similar damages due to
loss of data or any other reason, even if authors or an agent of the
authors has been advised of the possibility of such damages. The person
using the software bears all risk as to the quality and performance of the
software.

TACSTAR is shareware. You may distribute this game to anyone as long as
the following conditions are met by you:

1. You include all documentation, files and programs that come
with TACSTAR.

2. You do not change or modify the software or documentation in any way.

3. You do not charge anyone for the copy of TACSTAR that you
give them.

This file includes portions of text which are repeated in the
TACSTAR.DOC file. We strongly suggest you read all the documentation
files (.doc) we have included with the game. You should also print the
COMMANDS.DOC file so you can refer to it while you are playing. This is
very important if you are not going to use a mouse. For those of you who
wish to get off to a quick start this file provides registration
information, installation instructions, and instructions on how to get the
game started.

TACSTAR is the product of hundreds of hours of work by three people
over the course of three years and a considerable investment in hardware
and software. If you and your friends or co-workers enjoy this game
please support us by sending $35.00 to:

Please include your return address and make sure to specify 3 1/2" or
5 1/4" disk and drive density.

In return for your $35.00 registration we will send you a disk with
many new scenarios and ships and the latest release of TACSTAR.
Additionally, upon request we will send registered owners a two player
modem version of TACSTAR which will allow you to play over the phone. We
expect the modem version to be completed in 1993. Your support will also
enable and encourage us to continue to add new features to TACSTAR and
develop other multi-player games. Please write us with any suggestions,
questions or problems! We need your input for future releases.
If you have a problem please include as detailed a description as
possible of what was happening in game when the error occurred. If you
are a registered owner and we find the "bug" we will send you an update
disk with the corrected code. (You can register at the same time you
report the problem.)
Marshall Morales can be reached on COMPUSERVE at 76066,3134. Marshall
will check his mail at least once a week. We would like to hear from you
by mail or bulletin board no matter what your reaction is to the game.
Tell us what you think. This is our first effort and we need to know if
we are wasting our time or if there is sufficient support for us to
continue making improvements to TACSTAR.

You will need a network with at least two workstations (IBM (R) PC's or
100% PC compatible) attached. Each PC needs to have VGA graphics and
should be a 286 or faster model. Each PC should have 515K of free DOS
memory. (You may need to dump some TSR's). Three and four player
scenarios will require additional workstations for the third and fourth
players. TACSTAR also supports mouse play, so you may want a mouse.
Please make sure you are using the latest mouse driver available. (We
have experienced problems with mouse drivers released prior to the 3rd
quarter of 1992, ie. random dots and lines on the screen.)
The game will play at close to real time speed if you are running a 386
server with 386SX workstations. The game will run slower if any of the
stations are 286 or slower. We do not recommend playing on anything
slower than a 286. If you are fortunate enough to have a 486 server and
full 386 or 486 workstations the game will play considerably faster than
real time speed. Game speed also varies depending on the number of
players and ships in a given scenario.
If you plan to play TACSTAR on a non-dedicated NOVELL server you can use
the server as a server, but do not try to play on the server itself. We
have experienced system lock-ups in this situation.
TACSTAR places a considerable load on the network server and
workstations it is running on. We do not recommend playing this game
during work hours unless you are confident that your network has excess
capacity available.

TACSTAR has been run successfully on NOVELL NETWARE (R) 2.15 and 3.11
and ARTISOFT LANTASTIC (R).

1. Make a new directory on one of your network drives and name it
TACSTAR (You can use a different name if you want to.)
2. Copy the TEXEC.EXE file into the new TACSTAR directory.
3. Run TEXEC in the new directory. All the files will be uncompressed.
4. MAKE ALL THE FILES IN THE TACSTAR DIRECTORY SHAREABLE. (For Novell
Netware (R) the command is FLAG *.* +s or FLAG *.* /shareable.)
If you are using a peer-to-peer network such as LANTASTIC (R) make
sure that you are not invoking the DOS SHARE command in your
AUTOEXEC.BAT or CONFIG.SYS files.
5. Make sure that everyone who will want to play the game has
READ/WRITE access to all the files in the TACSTAR directory. If you
encounter any 162 or 163 errors while attempting to run TACSTAR
chances are that you have a problem with file sharing. Make sure
that the files are not being locked for any reason.
6. You should now be ready to play.

Consult your DOS manual, network operating system documentation, or
someone knowledgeable about DOS and networks if you need help with any of
the above.

1. Make sure all players are in agreement as to what scenario you are
going to play and what player number (1 or 2 or 1 - 4) each
person will be.
2. Make sure that everybody's current directory is the network TACSTAR
directory.
3. Before you begin a new game always have one of the players
run the scenario generating program for the scenario you
wish to play. This must be done BEFORE anybody tries to start
TACSTAR. For this release run either PATROL2 (the two
player scenario) or PATROL4 (the four player scenario).
4. Run TACSTAR.
5. TACSTAR should start now.
6. Wait for the opening screens to end or press ENTER to end them
early.
7. Fill out the START-UP screen info using the mouse or the left and
right arrows keys and ENTER key. Pick the scenario you wish to play
and the player number you want to play. MAKE SURE THAT YOU CHOOSE A
DIFFERENT PLAYER NUMBER THAN YOUR OPPONENTS! (Unless you have moved
your scenario and command files to a different directory you should
leave the SCENARIO PATH and COMMANDER PATH boxes blank).
8. Game play should begin when all players have finished with the
START-UP screen.

NOTE: TACSTAR will wait a reasonable amount of time after one player has
entered the game for the other players to also enter the game. If too

much time passes before all players have entered the game TACSTAR will
shut them out and begin running with whomever is already in the game. The
same is also true if someone aborts or terminates the game unexpectedly,
TACSTAR will wait awhile and then continue without them.