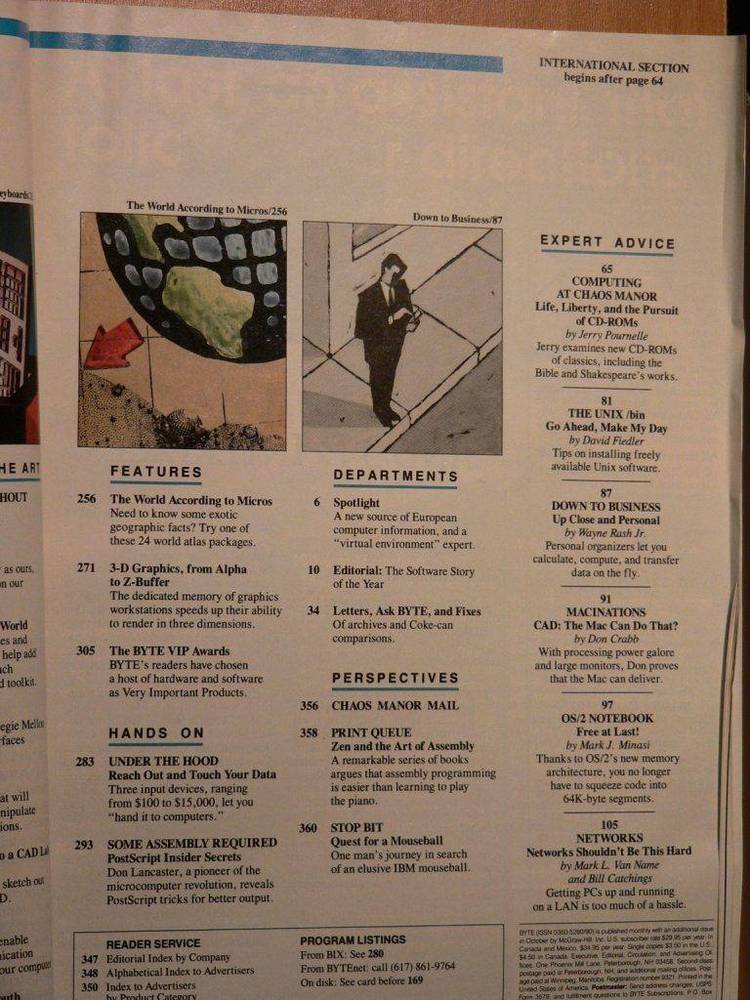 Contents of the MSDOS500.TXT file

In general, the user should follow the instructions for installing MS-DOS 5.0
that are provided in the "Getting Started" booklet included in the 5.0
upgrade. For most PCs, this is as easy as putting the DOS Upgrade Disk #1 in
the floppy drive and typing "a:setup" at the DOS prompt.

When running SETUP on a LANtastic Network, there are three issues to be aware
of:

1. SETUP cannot be run while the LANtastic SERVER program is running on a
PC. If this is attempted, SETUP reports: "SETUP detected an error in
identifying the hard disk partition you system starts up from" and indicates
that it cannot install MS-DOS 5.0 on the hard drive. To run SETUP on a
SERVER, bring the PC up without the SERVER program running and run SETUP as
documented. SETUP will run correctly on a LANtastic workstation (a PC
running the REDIR program but not running SERVER).

2. Chapter 3 of the "Getting Started" booklet is titled "Updating Networks
for MS-DOS Version 5.0." This chapter includes documentation for upgrading
to MS-DOS 5.0 when LANtastic versions 2.5x through 3.01 are also installed on
the PC. These notes indicate that DOS will display two "Incorrect DOS
version" messages when running these LANtastic versions after installing
MS-DOS 5.0 and attempting to install the LAN software. These error messages
are actually generated by the redir and server programs, not by DOS.

However, by following the instructions in the booklet, the user can
utilize the new DOS SETVER command to eliminate the error messages and run
the LAN software normally. The SETVER command does not need to be used with
LANtastic versions 3.02 or higher. For more information on the new SETVER
command, see the 'new features of MS-DOS 5.0' section below and Chapter 15 of
the "Microsoft MS-DOS User's Guide and Reference."

3. If DOS's EMM386.EXE Expanded Memory Manager is included in the
CONFIG.SYS and the PC has an Artisoft 2Mbps or Enhanced 2Mbps (E2Mbps)
adapter installed, the RAMBASE address of the card must be excluded from use
by EMM386.EXE. This also applies to LANtastic/AI installations with adapters
that use a RAMBASE address, such as the WD80x3 adapters and some ARCNET NICs.
To exclude the RAMBASE, use the "X=mmmm-nnnn" switch in the DEVICE command
for EMM386.EXE in CONFIG.SYS. See the "Notes on EMM386.EXE" section below
and Chapter 15 of the MS-DOS User's Guide for further information on
EMM386.EXE.

This section is not intended to completely document MS-DOS 5.0's new
features, but to provide a brief overview for experienced DOS users. MS-DOS
version 5.0 introduces some powerful new abilities and commands as well as
improving on many of the familiar DOS functions.

On 286, 386 and 486 machines, MS-DOS can now be relocated to the high
memory area (HMA), making more conventional memory available for applications
to use. On 386 or higher based machines, it is also possible to load some
device drives and memory resident software in upper memory. Utilizing the
new LOADHIGH (or LH) command, all of the version 3.03 or higher LANtastic NOS
TSRs can be loaded into upper memory (assuming that there is enough available
upper memory), reducing the NOS overhead to 0K and providing more space for
LAN applications to execute in conventional memory.

The MS-DOS Shell (DOSSHELL) has been improved and now includes a task
switcher which allows you to swap between DOS applications. Since it uses
the same task switching conventions as when running Windows in Real mode, it
is possible to use the DOS Shell task switcher on a LANtastic non-dedicated
server.

Microsoft has licensed several disk utilities from Central Point Software
(PC Tools): unformat, undelete, and mirror. Mirror stores information about
the hard drive (it is NOT disk mirroring software) and can be used to track
file deletions for use by undelete and unformat. Mirror, undelete, and
unformat cannot be executed on a PC that is running as a LANtastic server or
on a redirected (network) drive, but will run on the local hard disk of a
LANtastic workstation. Mirror can also be used to take a 'snapshot' of the
hard disks on a server if it is included in the AUTOEXEC.BAT file at boot
time. If the NOS is loaded in AUTOEXEC.BAT on a LANtastic server, mirror
must be run before the SERVER command is executed and cannot be loaded in its
TSR form.

Help is available through the new "help [command]" command. Help for all
DOS commands can also be invoked at the DOS prompt by typing the desired
command followed by /?.

Support for disk partitions up to 2 gigabytes in size. MS-DOS 5.0 no
longer requires SHARE to be loaded for partitions greater than 32 MB.
However, any PC that functions as a LANtastic server must still use SHARE for
network file and record locking support.

It includes DOSKEY, a TSR program that allows the user to recall commands
previously typed at the DOS prompt in order to re-issue and/or edit them.
DOSKEY also has a macro feature that enables easy recall of frequently used
command sequences.

The SETVER command is provided to allow programs that expect a specific
version of DOS to run under MS-DOS 5.0. This command can be used with the
LANtastic version 2.5x through 3.01 SERVER and REDIR programs to permit them
to run under MS-DOS 5.0. For this function to work correctly, CONFIG.SYS
must contain "device = c:\dos\setver.exe"; and the commands SETVER REDIR.EXE
4.0 and SETVER SERVER.EXE 4.0 must be run. SETVER only needs to be run one
time each for REDIR and SERVER, thereafter DOS will remember what version
number to report to the programs.

MS-DOS 5.0 provides enhanced support for loading DOS into high memory and for
loading device drivers and other TSR programs into upper memory. When
installing MS-DOS 5.0 on a 286 or higher machine which has more than 640K of
RAM, the SETUP program automatically alters the CONFIG.SYS to include two
statements that will load DOS into the high memory area (HMA). The two lines
are:
device=c:\dos\himem.sys
dos=high

Note that EMM386 will only work on 386 or higher processors. The above
commands will cause DOS to be loaded in HMA and tells DOS to make UMBs
available for applications to use. The NOEMS switch tells EMM386 create and
manage the upper memory area only and not to simulate any expanded memory.
If expanded memory simulation is desired, the noems switch would be replaced
by the RAM switch so that EMM386 will both manage the upper memory area and
emulate expanded memory. Which switch is used depends on the applications
that will be run on the PC. For example, if a user wishes to run Windows in
386 Enhanced mode (which requires extended memory), load device drivers and
the LANtastic E2Mbps NOS TSRs into UMA, and load DOS into HMA, the following
lines would be added to CONFIG.SYS:

Then, in the STARTNET.BAT (or other batch file that loads LANtastic NOS), the
LOADHIGH, or LH, command would be inserted on the command lines for the NOS
TSRs. For example:

LOADHIGH will load a TSR in UMA if there is enough memory available,
otherwise the program is loaded in conventional memory. Unfortunately,
LOADHIGH does not report where it loaded the program. MS-DOS' MEM command
can be used to find out where the TSR was loaded by entering MEM /C at the
command prompt. MEM /C will display all device drivers and TSRs that are
loaded into conventional memory and upper memory. Note that the DEVICEHIGH
command is used in CONFIG.SYS to load device drivers into UMA.


Conclusion
MS-DOS version 5.0 is compatible with the LANtastic Network Operating System
versions 2.5x through 4.0, and provides new utilities and services that were
previously only available through
third-party manufacturers.