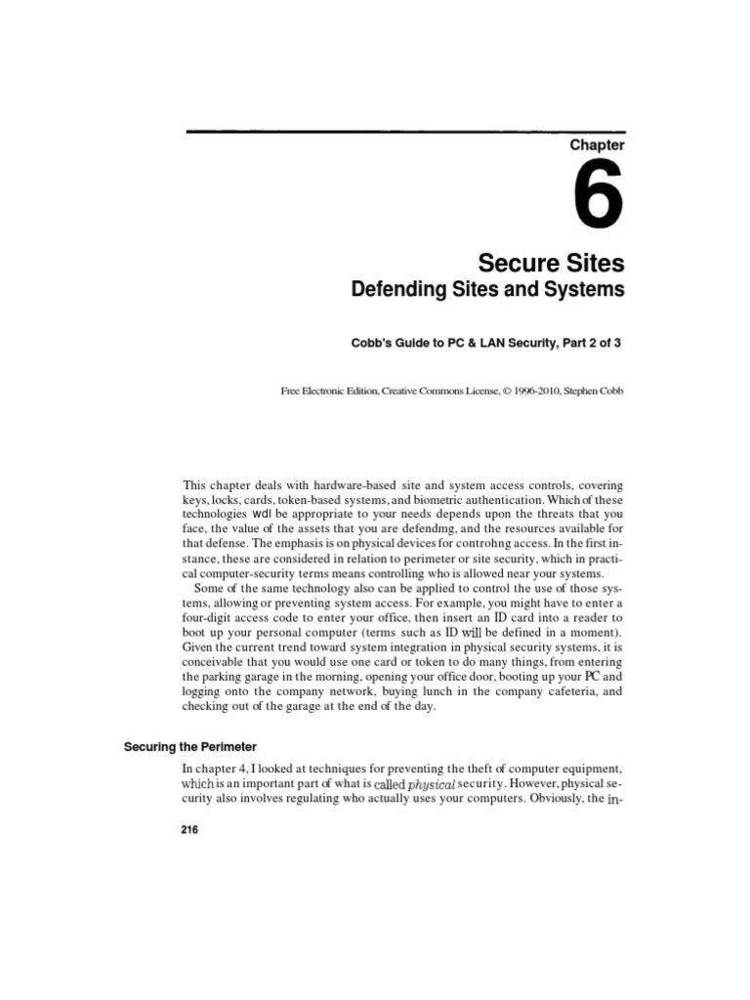 This software may be freely used for non commercial and
educational purposes. Any programs which use part or all of
this software must be provided in source form with this
notice intact except by written permission from James A.
Littlefield, Littlefield Associates.

If you find MAILROOM useful please register your copy
by sending $20.00 to the address below. Registration
entitles you to source code with extensive comments and
notification of future enhancements and upgrades.

This code is made available in the hope it will be useful,
BUT WITHOUT ANY WARRANTY OF ANY KIND OR LIABILITY FOR ANY
DAMAGES OF ANY KIND.

The MAILROOM (mailrm.exe) program, its associated
utilities and PROCOMM Aspect script files are designed to
provide a solution to electronic mail sharing between remote
users (via PROCOMM) and network users (via Artisoft's
LANtastic). PROCOMM provides a mail system that allows
remote users to connect and leave mail for other PROCOMM
users. LANtastic provides similar features to local area
network users via the network mail system. MAILROOM
provides a linkage between the PROCOMM e-mail system and the
network mail system. Remote users can leave mail either for
other remote users or for network users. In a similar
manner, network users can direct mail across the network to
other net users or (via MAILROOM) to the PROCOMM e-mail
system where the messages will be picked up by the intended
recipient remote user the next time they log in.

MAILROOM was developed as an 'add on' utility program
without explicit support from either Datastorm or Artisoft.
The basic objectives of the development were to provide
reasonable functionality with a small program that is easy
to setup and use. In keeping with this philosopy, MAILROOM
requires no user input once it has been invoked. Screen
display is fairly brief... MAILROOM provides most of its
feedback by mailing a status message to the network system
administrator. This lack of extensive user interaction
makes MAILROOM an ideal tool which can easily be embedded in
batch files or called from other C programs.

MAILROOM has been tested with a LANtastic NOS version
3.x and 4.0 with both the Artisoft 2Mb adapter cards and
with third party ethernet cards. The program has worked
successfully with PROCOMM and PROCOMM Plus v. 2.01.

This version of mailrm.exe provides a number of new
features and some revisions to the command structure
designed to increase ease of use and increase compatibility
with batch files.

- Optional 'status letters' will be mailed to the
LANtastic user "sysop" if one is found.

- mailrm may be configured to leave 'return receipt' mail
for PROCOMM users informing them of the data and time
of mail forwarding onto the network.

- A quite mode has been added. This mode suppresses all
mailrm generated screen printouts (but will not
suppress any error messages generated by the NET MAIL
command). Generally, provided serious errors are not
encountered this will allow mailrm to run without
updating the screen.

- PROCOMM mail system file maint. utilities have been
included. Mailrm uses one bit (hopefully unused by
others) to keep track of which messages have been
forwarded to the network and which haven't. Mailrm now
includes features which allow this bit to be
set/cleared for ALL messages in the PROCOMM message
database.

- MAILROOM Execution Status Messages: Version 1.4
incorrectly mailed the status messages to network
userid "SYSOP" instead of looking in the alias file and
properly resolving the name "SYSOP" to a valid network
user id. This has been corrected in v1.5.

- MAILROOM will not generate any status mail messages
when it runs and does not forward any mail in either
direction. This feature was implemented to prevent
large amounts of essentially useless network mail to
the sysop in those cases where mailrm is invoked from a
timed script file.

- If the return receipt option is enabled, private
messages to network users will cause private return
receipts to be generated.

- Two aspect script files, automail.asp and auto2.asp,
have been provided to implement mail forwarding more
promptly and with less burden on the sysop. These
scripts will automatically run mailrm.exe at various
times depending on the script used and the system
configuration. auto2.asp is a very simple script which
enters PROCOMM host mode and then once host mode is

terminated runs the contents of the DOS batch file,
mailroom.bat. Automail.asp is a more complex script
capable of invoking mailrm.exe both after each caller
AND at regular time intervals. In addition to being
convenient both scripts solve a signficant problem with
mailrm/PROCOMM interaction. Since PROCOMM keeps the
mail database files (pcplus.hdr, pcplus.msg,
pcplus.usr) open while it is in host mode, any changes
to the lengths of these files by mailrm can result in
corrupted mail. Automail.asp and auto2.asp only run
mailrm when PROCOMM is not in host mode and thus avoid
the problem. With the capabilities of automail.asp, it
is no longer necessary for the sysop to manually invoke
mailrm at specific times.

- Net to Remote Mail Forwarding: This version of mailrm
adds the ability to forward mail from network users
onto the PROCOMM mail system. When invoked with proper
command line arguments, mailrm will scan the queue
files on a designated server. For each valid (non-
voice) mail file, mailrm will examine the first line of
the queued file for a special header line containing
routing information. If this line is found, the file
is forwarded to the PROCOMM mail system and deleted
from the network mail queue. If the routing
information in the header line does not identify a
valid PROCOMM user then an appropriate message is
returned to the network user who originally sent the
mail.

- Mail Suppression: Version 1.5ai (and later) allows
PROCOMM mail to certain users to be suppressed from
forwarding onto the network. This feature is useful
when a remote user has no account on the network but
should still be able to receive mail from network users
and also communicate with other remote users via the
PROCOMM mail system.

- Fewer Required Arguments: Version 1.5b (and later) no
longer requires a server argument. When the "-s"
option is used, mailrm will try to use the selected
server. If no server is specified, mailrm will use the
server name fetched from the network adapter's server
name table at location 0. Normally this will be the
first server logged into. This feature means that
mailrm can now be run with no command line options
assuming that the default file names are correct. Note
however that running mailrm without any argument will
forward mail ONLY from the PROCOMM mail system to the
network. The "-n" option is still required to perform
forwarding from the network mail system to the PROCOMM

A remote user is someone who accesses the electronic
mail system (and file transfer procedures) via a telephone
line, modem, and PROCOMM software. Generally PROCOMM
assigns a REMOTE USER ID to each remote user to identify
that user at login and to properly route electronic mail
to/from that user.

A net user is someone who shares computer resources,
including electronic mail, via Artisoft's LANtastic local
area network products. Each net user also has a network
user id. This user id identifies the user at login,
provides a mechanism for various types of access control,
and allows proper routing of e-mail among network users.

E-mail or Electronic mail is message traffic which is
transmitted, stored, and viewed electronically. In general
each electronic mail item (or message) consists of at
minimum a sender id (who sent the mail), a recipient id (who
is to receive the mail), and body text (ie the rest of the
letter).

A mail server is a computer on the LANtastic network
which maintains the network mail database. Net users can
send and receive mail by logging into the mail server and
invoking various NET commands. Any network based e-mail
transactions will involve a mail server.

- maillst.exe - Support program to create a mail alias
file template based on the contents of the PROCOMM
user database.

- mailroom.bat - Sample batch file. This batch file
illustrates the steps necessary to run mailrm.exe and
is also invoked automatically by the automail and auto2
scripts.

Mailrm needs access to a number of resources for proper
operation. These resources must be provided by the user
prior to invoking mailrm. First all the required files must
be accessable either in the current directory or by passing
their path names on the command line. Mailrm uses the
LANtastic "NET" command to generate network mail therefore
this program must be accessable on the PATH. If used to
forward network mail from LANtastic to PROCOMM mail, the
machine from which mailrm.exe runs must be logged into the
network mail server. The userid used to establish this
login session must have the "A" and "M" privileges to
successfully manipulate the network mail queues.

The maillst program must be able to access the
/lantasti.net/system.net/accounts hidden file. Access to
this hidden file requires that the server's network control
directory be linked to the network node running maillst.

Your computer must have enough RAM to simultaneously
load mailrm.exe, command.com, and net.exe. If you are
planning to use the automail.asp script then sufficient ram
for PROCOMM must also be available.

The new version of mailrm has a smaller number of
required arguments. The defualts can be overridden by
passing command line switchs. All command line options
begin with the "-", minus, character followed by an option
letter and then possibly a further argument. Note that
there must be NO spaces between the leading "-", the option
letter, and the rest of the option command. Thus "- s
amber", "-s amber" are illegal whereas "-samber" is the
proper method of specifying that node "amber" is to be used
as a mail server.