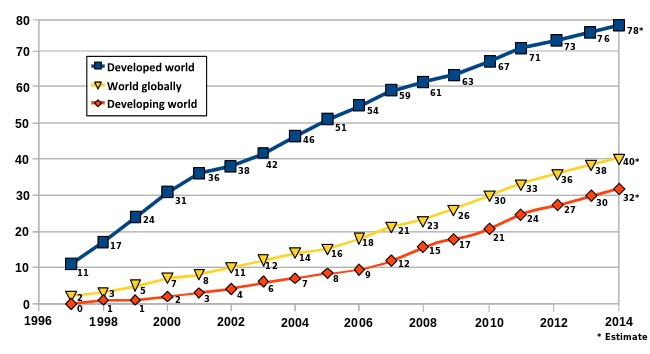 Contents of the LANWRDS1.TXT file


802.3: The numerical designation for the International Electrical and
Electronics Engineers (IEEE) standard governing the use of the Carrier
Sense Multiple Access with Collision Detection (CSMA/CD) media-access method.
Although CSMA/CD and Ethernet are used interchangeably, there are
technical differences.

802.4: The numerical designation for the IEEE standard governing the use
of the token-passing, bus-based, media-access method. In token-passing
networks, an electrical signal, or token, is passed from one station
to another. Only when a station has possession of the token can it
transmit data.

802.5: The designation for the IEEE standard governing the use of
the token-passing, ring-based, media-access method. Token Ring
networks are wired electronically, or logically, in a closed circle,
or ring. Physically, however, Token Ring networks are wired
in a star configuration, with a centralized wiring hub providing
the electrical circuits that form the logical ring.

1OBase1: The implementation of the 802.3 standard known as
Starlan. Starlan runs on baseband media at 1 million bits (or 1 Megabit)
per second (IMbps). Starlan limits cable segments to 500 meters.

1OBase2: The implementation of the 802.3 standard also known as thinnet.
1OBase2 networks operate over thin coaxial cable, at 10Mbps.
The 1OBase2 standard limits cable segments to 200 meters. Thin coax gets
its name because its diameter is about half that of "standard" Ethernet.

1OBase5: The implementation of the 802.3 standard known as standard," or
DIX Ethernet (for Digital Equipment, Intel, and Xerox, three vendors
who spearheaded the standardization of Ethernet). 1OBase5 networks run
on thick coaxial cable at l0mbps. The 1OBase5 standard limits cable
segments to 500 meters.

1OBaseT: The implementation of the 802.3 standard designed to operate
over Unshielded Twisted-Pair (UTP) wiring at 10Mbps. The 1OBaseT
standard limits UTP segments to 100 meters. UTP is telephone wire.

Address Resolution Protocol (ARP): The protocol within the Transmission
Control Protocol/Internet Protocol (TCP/lP) that determines whether a
data packet's source and destination addresses are in Data-Link
Control (DLC) or Internet Protocol (1p) format. ARP is necessary for
proper routing of data packets.

Advanced Program-to-Program Communications (APPC): An IBM protocol for
communication between PCs in a mainframe-based network; APPC ensures that
programs have access to network resources when they need them and that
network resources are not corrupted.

Analog transmission: A transmission method that continually varies a
waveform over an infinite range of voltage.

AppleShare: Apple Computer's commercial implementation of its own
AppleTalk protocols. AppleTalk: The Apple-defined protocol that allows
transferring data between computers and peripherals via shielded
twisted-pair wire at a 230-Kilobits-per-second rate.

Application layer: The seventh (and highest) layer within the OSI
reference model; it defines protocols for end-user or application programs
operating over a network.

Back-end processes: The functions performed by a database server in
response to directions from an application running on an end-user PC.

Bandwidth: The data-carrying capacity of a transmission medium, usually
measured in Hertz, which equals cycles per second.

Baseband: A data-transmission technique that uses the entire bandwidth
of a media, without modulating a digital signal. Ethernet, Token Ring,
and Arcnet use baseband transmission. Contrast with broadband.

Bindery: The term used for the database of names, passwords, groups,
and accounting for Novell's NetWare network operating system.

Broadband: A data-transmission technique that allows multiple signals
to share the bandwidth of a transmission media. Cable TV is a broadband
transmission in that signals for multiple TV stations are carried over
separate channels. Contrast with baseband transmission.

Broadcast: A message that is sent to all nodes in a network.

Brouter: A networking device that combines some of the capabilities of a
bridge with those of a router-that is, it routes specific protocols
while bridging others.

Bus topology: A network architecture in which all the nodes are
connected to a single cable, which is terminated at each end.

Carrier-Sense Multiple Access with Collision Avoidance (CSMA/CA): The
network-access method used by LocalTalk networks. With CSMA/CA, network
nodes send out a "request to transmit" signal that alerts the other
stations on the network that it plans to send data. When the node
receives a "clear to send" signal from the receiving node, it begins
to transmit.

Carrier-Sense Multiple Access with Collision Detection (CSMA/CD): The
network-access method used by Ethernet networks. In CSMA/CD, all the
nodes on a network contend equally for access to the transmission
medium. If two nodes attempt to send data at the same time, they
"sense" each other's signal and abort their transmission. They
both retry after waiting a random period of microseconds.

Client: A personal computer that requires services over a network
from a server.

Client-server computing: A technique that distributes processing among
requester (client) nodes and host (server) nodes on a network.

Coaxial cable: A multilayered data transmission media with a single-wire
conductor at its center surrounded by several insulating materials.
These insulators include metal and rubber or plastic shields that protect
the conductor from electrical noise.

Database server: A computer that stores data centrally for network
users; often uses client-server software to distribute the processing of
that data among itself and other workstations on the network.

Data-link Layer: Layer 2 of the OSI reference model; it defines protocols
governing data packetization and transmission to and from a node.

Direct-Memory Access (DMA): A process that grants peripherals access to a
computer's memory (i.e., random-access memory) independently of the central
processing unit (CPU). In most applications, including network 1/0, this
improves system performance because it does not interrupt the CPU each time
data is moved in memory. Duplexing: The process of operating identical disk
drives or servers to maintain a fault-tolerant network environment. When the
Primary" system fails, the secondary system automatically takes over, thus
ensuring continued and uninterrupted network operation.

Expanded Industry Standard Architecture EISA): A set of personal computer bus
standards that extend the capabilities of the ISA bus developed by IBM for
its original PC. EISA is compatible with ISA peripheral boards.

Fiber-optic cable: A data-transmission medium made up of a central glass (or
plastic) fiber surrounded by a glass cladding and a plastic outer sheath.
Fiber-optic cable transfers data by carrying modulated light from a laser or
LED.

File locking: A data-management technique that reserves a file for the first
user requesting it, locking out access to others in the process.

File server: A centrally located computer that acts as a storehouse of data
and applications for numerous users of a local area network. Most of the
file servers in use are adapted PCs. Newer servers were designed
specifically for file-server purposes.

Front-end: An application running on an end-user, or client, PC for
presenting, entering, and updating data.

Gateway: A device connecting two or more dissimilar networks or a network
with a mainframe. Gateways operate at the session, presentation, and
application layers. Contrast with bridge and router.

Hub: A wiring concentrator or repeater that brings together the connections
from multiple network nodes. Although the true physical configuration of a
hub-based network-called the network's topology-seldom fits the description
exactly, such networks are described as being "star wired."

Impedance: A measurement of the resistance to an electrical current that a
transmission medium, such as coaxial cable, offers. Measured in ohms.

Industry Standard Architecture ISA): The peripheral-expansion architecture
(called a "bus") developed by IBM for its PC, XT, and AT computers. Contrast
with EISA.

Institute of Electrical and Electronics Engineers IEEE): A professional
organization that formulates computer and communications standards in the
U.S. The IEEE works with a variety of other standards-setting bodies,
including the International Standards Organization (ISO), in this process.

(OSI) reference model, which specifies how dissimilar computing devices such
as network interface cards, bridges, and routers exchange data over a
network.

Internet: A nationwide association of interconnected networks, mostly at U.S.
colleges and universities; among organizations on the Internet are the
National Science Foundation and the Advanced Projects Research Agency. The
Internet is governed by the Internet Activities Board. The word internet
(note the lower-case "i") is also used generically to describe any network of
LANs connected via bridges, routers, and/or gateways.

Interoperability: The ability to operate and exchange information in a
heterogeneous network.

Interrupt request (IRQ) signal: The method by which I/O peripherals such as
network adapter cards NICS) request attention from a PC's CPU.

Jabber: The term used to describe an error caused when a network interface
card continually places corrupted data on the network.

LAN-aware applications: Software applications that implement record and file
locking over a network. Record and file locking, as their names imply, put a
"lock" on a record (a specific piece of data) or file when an individual
accesses it; this prohibits others from accessing (and possibly corrupting)
the data.

LAN-ignorant applications: Single-user applications, which generally are not
recommended for use on a LAN.

LAN Manager: The OS/2-based network operating system co-developed by
Microsoft and 3Com. A variety of other manufacturers, including AT&T and
NCR, market vendorspecific versions of LAN Manager for their own hardware
platforms.

Manchester encoding: A digital data-encoding method that describes a bit

value by the transition between two signals. It is self-clocking.

Manufacturing Automation Protocol MAP): A version of the OSI protocols for
networks within manufacturing environments; developed primarily by General
Motors.

Medium-Access Control (MAC) protocol: The lower half of OSI Layer 2 that
governs access to the transmission media (i.e., coaxial cable or telephone
wire).

Modulation: The alteration of a signal's frequency, phase, or amplitude.

Mount: The method used by nodes on Network File Systems (NFS) and other
networks to access network resources.

Multistation Access Unit MAU): A concentrator or transceiver for attaching
network nodes to a transmission medium.

Multitasking: The process of switching from one task to another without
losing track of either task. Usually accomplished by time-slicing of shared
resources-that is, dividing resource use into multiple segments, each of
which is assigned to a different task.