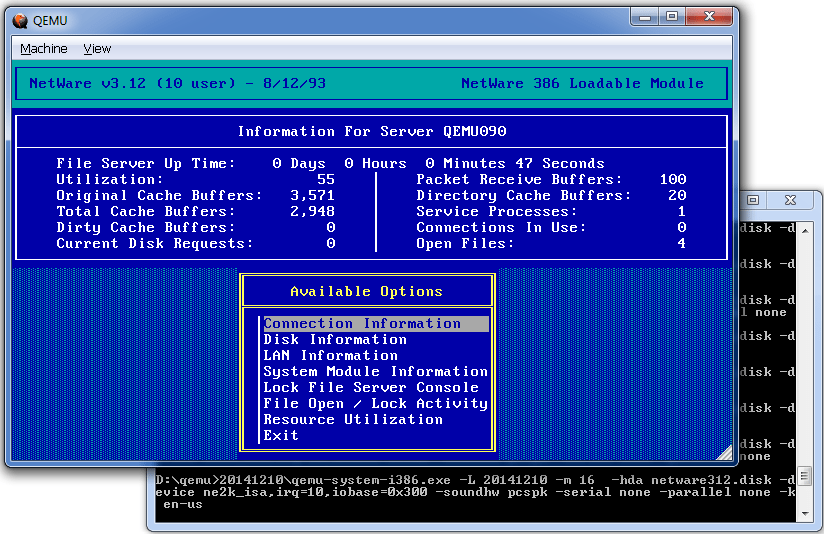 Contents of the IDE386.DOC file

REAME FILE FOR IDE386.ZIP
This README file of IDE386.ZIP accompanies IDE.DSK for NetWare v3.11.
The following files are included for this revision:

This driver supports most IDE drives with Netware v3.11. Along with other
IDE drives, this driver specifically supports the IBM PS/2 models 35 and
40.

To install this Disk Driver:

1) Copy IDE.DSK to the boot-up directory of the server. (Same location as
your SERVER.EXE)

2) After the system is brought up, example: LOAD A:IDE.DSK

The driver supports Read-after-write verify at the software level.
Using the VERIFY ON mode will cause writing to the disk to be a
little slower than normal.

The driver will also support up to eight ATA/IDE disk drives in a
file server. This is possible by using addressable paddleboards.
These paddleboards allow the user to configure the base I/O address
and IRQ. (Primary I/O address at 1F0h and IRQ 14, second address at
170h, third address at 1E8h, and fourth address at 168h.) IRQs 9,
10, 11, and 15 may be used with the second, third, and fourth base
I/O addresses. It is not recommanded to use IRQ 12 because of
possible conflicts with the mouse port.

Not all paddleboards will work correctly in all file servers. Refer
to your hardware manufacturer or system integrator for recommended
configurations.

* The IDE disk driver will not work with ESDI and the ST506/412 bus
controllers. The ATA/IDE, ST506, and ESDI interfaces look similar
to the system software; however, they are handled differently by
the disk driver.

* If a disk drive is to have a DOS partion installed, it will need
to be installed BEFORE the NetWare partion is installed.

Novell, Inc. makes no representations or warranties with respect to
any NetWare software, and specifically disclaims any express or
implied warranties of merchantability, title, or fitness for a
particular purpose.