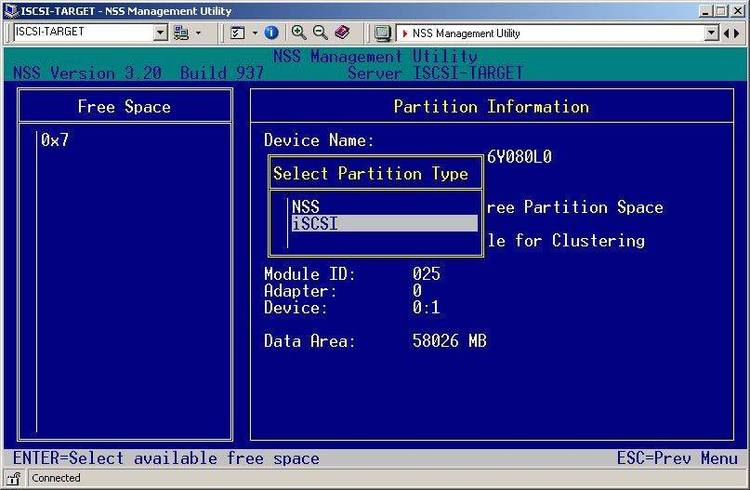 Conditions: There is no charge for you or your company to use this software
on a Novell network. Likewise their are no warranties or
guarantees of any sort. You may distribute copies via disk or
BBS provided no charge is made for the software, other than disk
media costs or on-line connection charges, etc. and that the
entire package, including this readme file, is included in the
distribution. Source code is not available.

Support: Time permitting, I will answer questions sent by mail or through
Compuserve Info Service. Also, time permitting I will try to fix any
bugs you may come across (see Limitations section below). Requests
for enhancements may be considered as well.

Features: No limitation (other than your computer's memory) on number of
menu levels or number of options.

Tested on Netware V3.11, but should work with Netware V2.0a and up.

Runs through batch files, no memory overhead for your applications.

Completely eliminates need for users to type at DOS prompt if used
with autoexec.bat.

Although this menu program uses temporary batch files, it truncates
and reuses them rather then deleting and recreating. The reasoning
here is to leave as much disk space free as possible for storing
and recovering other deleted files through Netware's salvage
utility.

Built in network user list, ability to send messages to other users
and to the console. Note: the menu program automatically turns on
the receipt of broadcast messages, but will return to the broadcast
mode in place when the program was run. Also, the program updates
it's user list every minute, but does so randomly so that not all
workstations read this information at the same time.

Limitations: This menu was designed on, and for, a single server Novell
network. It uses Netware specific function calls. Also, I have
no idea how the Netware specific parts of the program will work
on a multiserver network.

The batch files that run this system use the batch command CALL
which is only available on later versions of DOS. I think this
started with DOS 3.3 but I've only tested this menu on MSDOS 4.0
and DRDOS 6.0.

There is no limit on the size of your menu other than memory. But,
the program does not test for available memory. If your menu is
huge, or your memory is small the program will simply abort with
a cryptic error message (likely error #203).

Netware V2.0a does not support Netware's Queue printer functions.
I believe this started on V2.1 but I'm not sure. With any version
that does not support printer queues, you cannot use the built in
user selection of network printer connections.

History: Version 1.0 of this program was written back in 1986 for my
company's Novell V2.0a network because I hated the menu program that
came with it.

Version 2.0 added unlimited menu options, colour, mouse, and network
printer queue selections. In version 1.x, the menu stayed resident
in 5K of memory. This has been removed in this version and also now
uses the batch command CALL.

I've benefitted so much from other users on Compuserve, so I decided
to upload this version should someone else find it useful.

Setup: See the SETUP.TXT file for instructions on how to setup and use this
menu system.