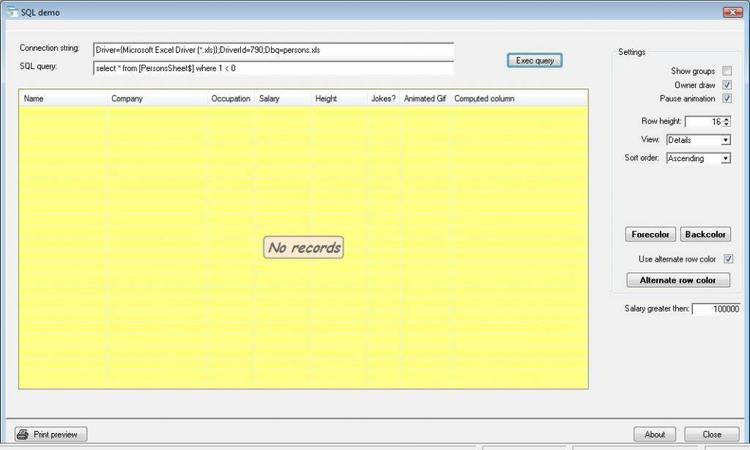 Contents of the DOUGMENU.DOC file


This program is a freeware product and so should be distributed
at no charge, besides that of a reasonable media fee, if
applicable.
No charge should ever be made for the program itself, or any
program using source code from this program.

If you have suggestion concerning the further development of
DougMenu, please contact the author concerning any changes you
suggest to the official version.


THERE IS NO WARRANTY, EXPRESSED OR IMPLIED, FOR DOUGMENU. WHILE
THE AUTHOR HAS ATTEMPTED TO PRODUCE AN ERROR FREE PROGRAM, THE
AUTHOR ASSUMES NO RESPONSIBILITY FOR ANY DAMAGE THAT THIS PROGRAM
MIGHT CAUSE.

Multiple server support-
The commands #if_username and #if_member can now be called
for a specified server. e.g.:

The server specifier can be left out and the commands will
work as before.

Fixed a mistake in 1.71
I forgot to include the code to prevent users from using
ctrl-break or ^C to get out of the menu system.

Bug Fixes-
Fixed the bug which wouldn't allow the script to change the
footer highlight color.

When will it be available? I have no idea. I start to work on
it and then I get frustrated, bored, or some really cool new
video game arrives. But let me say that I still work on it, but
I no longer pre-announce release dates.

This document assumes a certain degree of familiarity with MS-DOS
based computing. It is more intended as a reference for a PC
administrator instead of a neophyte user.

WHAT IS DOUGMENU?
DougMenu is intended for use as a stand alone menuing system
or as a client interface for a PC network using PC
compatible computers.

HOW IT WORKS:
DougMenu requires the use of 3 files: DOUGMENU.EXE,
DMENU.BAT and a menu script. After DougMenu is configured
for your system and a menu script has been created, type the
following to start the menu program:

The parameter after DMENU is the path and the name of the
menu script. If DougMenu cannot find your menu script, it
will add ".MNU" to the end of the file name and look for
that file. Although the .MNU extension is not required, it
may be helpful for organizing files.

The DMENU.BAT file runs the DougMenu executable. The
executable reads in the menu script and uses the script to
display menus and such. When an action is selected that
requires leaving the menu system, the executable makes a
temporary batch file according to the t environment
variable. Once the file is made, DOUGMENU.EXE terminates
and returns an errorlevel to the DMENU.BAT batch file. The
errorlevel determines how to use the temporary batch is
invoked, or if to exit without using it. If the temporary
batch file is going to return to the menu program, the
temporary batch file is invoked with the "call" command
which is only found in dos 3.3 and higher to force the
return.

To install DougMenu, make a directory on a computers fixed
disk or on a file server and copy the files found in the
DougMenu distribution zip file into that directory.
It is permitted to install DougMenu in a minimal operational
configuration within a business or organization. See the
beginning of this document for details.

* -- When DougMenu is run, it will create a small temporary
batch file called temp.bat. The t environment variable
determines the name and path of the temporary batch file.
The name of the temporary file name should end ".fil" .
If you want to put the temporary files on a networked
drive, read the section concerning network customization
in the Hints and Tips section. Also, putting spaces
between the 't' and the '=' can cause problems with some
versions of DOS. So don't use "t = c:\temp.fil", use
"set t=c:\temp.fil" instead.

** -- This line should be set to the location of
DOUGMENU.EXE on your hard drive or networked drive.
Optional paramters color or mono can be added after the
%1 to force a video mode to be selected properly.

SUGGESTIONS FOR CUSTOMIZATION OF DMENU.BAT:
Keep in mind that DMENU.BAT is only a batch file, and can be
edited into many different working configurations. Feel free
to add anything to it which will help your system. But be
careful; it is not a good idea to place commands after the
dougmenu.exe line and before the "if errorlevel" lines because
this could change the errorlevel settings before the "if
errorlevel" statements can read it.

If you want to make sure that the user was returned to a
specific directory after returning from any application, a
change directory command can be placed after the loop label in
the DMENU.BAT file.

If you want to broadcast a message when the menu system is
first started, you can put a dos "type" command followed by a
"pause" command at the beginning of the DMENU.BAT file to do
this.


HOW TO WRITE MENU SCRIPTS:

The basic unit of a DougMenu script is the menu structure. It
is used to create menu windows when a script is splayed by
DougMenu. A menu structure begins with a line whose first
character is '%'. Any text after the '%' and before a comma
or the end of the line is used as the title of the particular
menu. The following line would be used to create a menu
called "My First Menu".

Non-indented lines which follow the menu title will be
displayed as visible options in the particular menu. Indented
text can be placed after the option names and these lines will
determine what will happen if the option that they follow is
chosen. The lines of indented executable text are normally
placed into a temporary batch file and then run. The
following sample of a menu script illustrates a simple menu
structure complete will options and actions.

Notice that the second option is not followed by any text.
When this is the case, the option will not be selectable and
the its name will be displayed as a subtitle in the menu
window when it the menu structure is displayed.

When a script is started, the first menu structure in the
script will be automatically displayed. To open more menu
structures from the first, the executable text of an option
should contain the name of the menu to be opened after an
indented '%'. This is demonstrated below.

%Another Menu
Its Items
Executable batch file stuff for them.

This method of opening menu windows can be recursed and/or
nested up to 10 levels deep.

Networking Hazards:
Temporary Batch files:
The best thing to do is put the temporary batch files on
local hard drives or ram drives. If the temporary files
are to be placed in a common directory on a networked
drive, numerous temporary files can coexist if they are
named according to the connection number, network
address, or user name. This can be done by placing the
distinguishing value into an environment variable, say
%connection%, when logging into the server and then use
that variable to define the temporary batch file in
DMENU.BAT, like this:

Menu x,y positioning parameter order:
Novell menu orders the menu placement parameters as
%menu,Y,X and they are offset from the center of the
menu. DougMenu uses an X,Y arrangement instead, and
coordinates determine the offset for the upper left
corner of the menus.
String Input
The Novell menu's system of string input was limited.
DougMenu uses the "#ask" command.
!LOGOUT
Novell menu uses "!logout" to log a user out of the
server and exit the program. It can be replaced with
"#logout" followed by "#exit" or "#reboot".