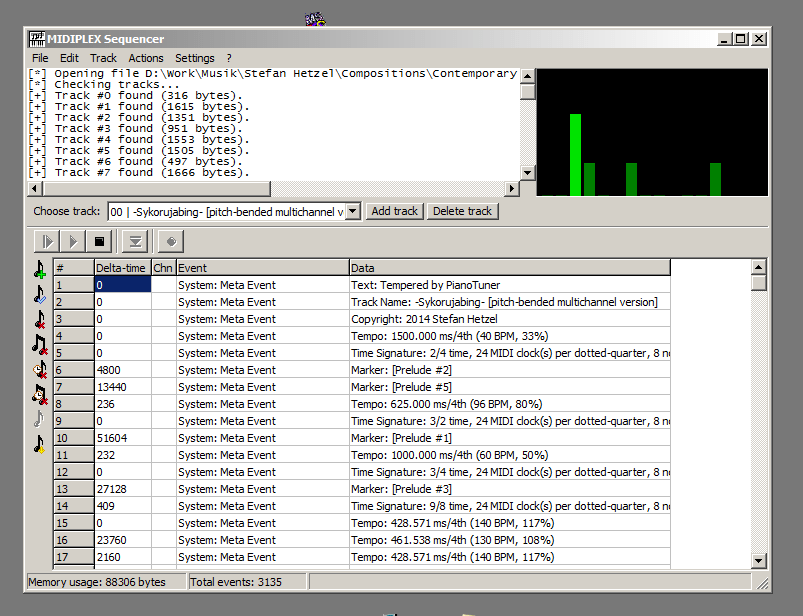 mf2t is a program that reads a standard midifile (format 0 or 1) and
writes an ASCII representation of it that is both compact and easily parsable.

The text representation is chosen such that it is easily recognized and
manipulated by programs like sed, awk or perl. Yet it is also humanly
readable so that it can be manipulated with an ordianary text editor.

In this way you can make changes to your midifiles using these
powerful programs or even a Fortran program :=). Or you can write
algorithmic compositions using a familiar programming language.

The programs use the midifile library written by Tim Thompson
([email protected]) and updated by Michael Czeiszperger ([email protected]).
However, there were some bugs in the write code and I added some
features that I needed. I also changes some of the names to cope with
the 7-character limit for external identifiers in the Sozobon
compiler. I will make an updated version of the library available
soon. I also anticipate to split the read and write portions.