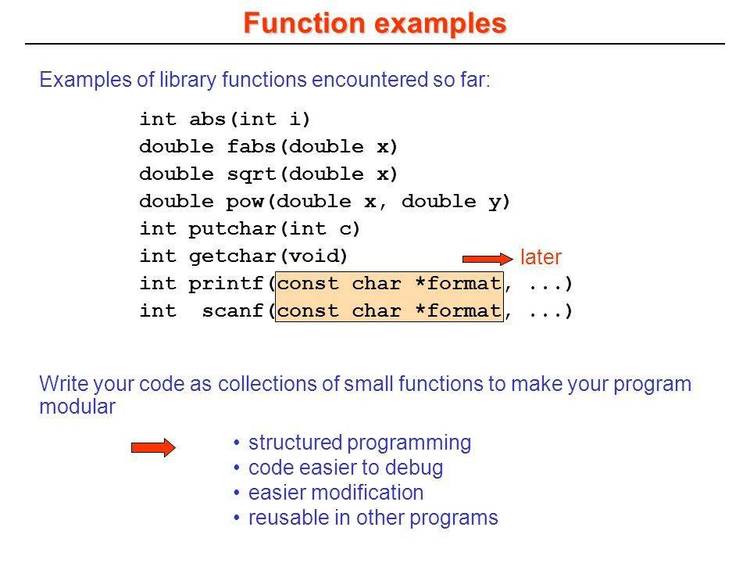 Contents of the PRINTF.DOC file


The modules which comprise the Modula-2 PrintF support are as follows:-

The ScanF modules are similarly laid out:-

If you can I would recommend that you look in any good book on C for a
definition of the C versions of PrintF and ScanF (eg "A C Reference Manual"
by Harbison & Steele, or the original K&R definition).

The PrintF modules provide a method of output which is totally unlike that
found in the usual M2 I/O modules. In the latter you are expected to import
a different output procedure for each type that you wish to display. This
can be incredibly tedious to use, and can turn what would have been a
simple output statement in Pascal or C into a screenful of I/O calls.
Needless to say this has the effect of obscuring the rest of the program
which is not concerned with I/O.

We have borrowed the PrintF idea from the C language, mainly because it is
an available solution to the problem which almost anyone who has used C or
has read a book on C can recognise. The idea is to replace all of Modula's
various output statements with the single one "PrintF".

The basic parameter supplied to PrintF is called the "control string". In
the simplest case this string is merely a sequence of characters to be
output, eg:-

would write 'Hello, World' to the display. The control string is special
however in that besides allowing you to specify characters for output, you
may also embed commands in the string which specify how other objects
should be output, and if you do so you must supply those objects as further
parameters to the PrintF call. Take the following example:-

This outputs the string 'I am