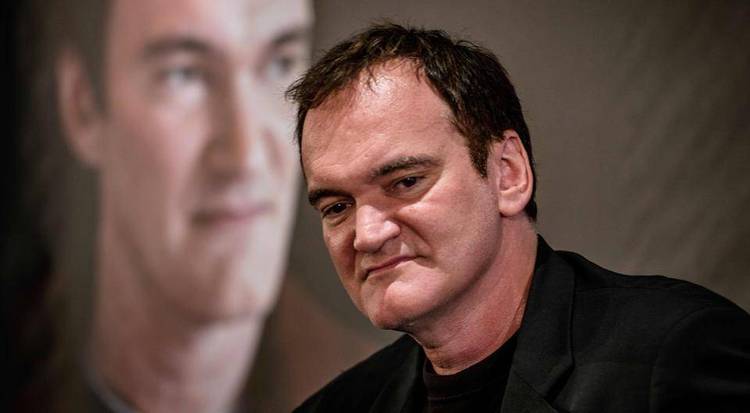 Contents of the AOL42.TXT file

Originating from the America Online "Star Trek: The Club" forum

(Any sysops who would be interested in joining the
distribution and that have Internet access, write to Bill
Mason at Internet address '[email protected]'.)

With the holidays looming ever-close, you'll find a
somewhat abbreviated issue this month, mostly keeping us up to
date with the news. Since no one has invented a replicator
yet, I have to go finish my Christmas shopping! Happy
holidays to all. |)

The group Viewers for Quality Television renewed TNG's
"fully endorsed" rating in the organization's November survey
of its membership. TNG has been so rated consistently since
January 1991, is one of only 11 TV shows which have such a
rating, and is the only syndicated one of the group. (From
Newsday).

"Redemption II," "Emissary," among others) was named director
for the upcoming TNG film.

Courts in Delaware have ruled in favor of QVC, deciding
that Paramount was improperly ignoring QVC's buyout offer.
Paramount must now give fuller consideration to QVC's bid,
which currently is higher than Viacom's. It remains to be
seen whether Viacom will up the bidding.

TNG (dates are week of dates)

12/12: "Liaisons" (rerun; alien liaisons cause problems for
the Enterprise crew)

12/19: "Gambit, Part I" (rerun; Picard and Riker undercover on
a mercenary ship)

01/09: "The Pegasus" (Riker meets his first commanding officer
again, in a story involving the Romulans; directed by LeVar
Burton)

02/06: "Lower Decks" ("day in the life" story about junior
Enterprise officers during a battle with Cardassians)


Upcoming on TNG: appearances by Wesley (again), Barclay,
Alexander, and Q (in the series finale episode). Not expected
back during the stretch run of TNG is Ensign Ro (according to
Ron Moore and Brannon Braga).

01/02: Rivals (a new shop owner competes with Quark for
business)

01/09: Alternate (Odo and the Bajoran scientist who raised him
travel to the Gamma Quadrant; directed by David Carson)

01/30: Armageddon Game (an alien from the Gamma Quadrant is
hunting for Bashir)

02/20: Shadow Play (Odo and O'Brien try to save a village of
living holograms)


Watch later in the season for the introduction of and an
expanded role for the mysterious "Dominion."

Colm will be appearing in the CBS miniseries "Scarlett"
that will air next year. (Thanks for KLATUU4009 for the
info.)

And Robin Curtis will be guest-starring in the "Babylon 5"
episode "Deathwalker." (Thanks to Mike on Delphi!)

Scheduled for February 1994 is the "Star Trek
Encyclopedia," a 5000+ entry paperback of all things Trek.
This newest reference book is written by Michael Okuda, Denise
Okuda ("Star Trek Chronology") and Debbie Mirek. (From "The
Westfield Newsletter.")

Spot changed from a male to a female cat due to an error by
the writers, according to TNG staffer Lolita Fatjo. Spot will
be staying female from now on. |)

Knowing a good thing when they see it, Playmates will be
releasing still more TNG action figures in 1994. Slated for
toy shelves are: Lt. Barclay; Hugh Borg; Data as a Romulan;
Picard as a Romulan; Geordi as an alien ("Identity Crisis"
maybe? That's just a guess on my part); Riker as a Malcorian;
Worf in rescue uniform (beats me what that means); and Troi in
blue uniform. (As posted on AOL by DanFerris.)

ERTL is reportedly working on die-cast Enterprise-D and
Romulan Warbird models, complete with internal lighting. No
definite release date yet. (As posted on AOL by GDoobi.)

Editorial: What a Card

May I ask this month that whoever started the trading card
boom just knock it the heck off please???

I say thee nay! Enough already! I don't want my life to
be bottled up in a trading card! Just imagine: -----

By the way, Merry Christmas. Be nice to your kids; don't
give them trading cards. 😉

For December, Paramount is releasing the Starfleet
Collection. This video set contains letterboxed versions of
the six Star Trek films, a cloth carrying case, a watch, and
six trading cards by Skybox (three of which are holograms).
The collection will have a run of only 5,000 sets, and cost
$170. (Thanks to Mage655696.)

Also new on video are four more TNG episodes: "The Schizoid
Man," "Loud as a Whisper," "Unnatural Selection," and "A
Matter of Honor."

The new set of DS9 trading cards scheduled for release this
month has been postponed into January. (Thanks again to
Mage.)

"William's Shatner's TekWorld" trade paperback (Marvel):
collects the first five issues of the series, the "TekWar"
adaptation, into one paperback. Also includes a William
Shatner interview and a preview of the upcoming Tek TV series.

"Star Trek" #57 (DC): Kirk and Sulu find themselves trapped
in the past. Written by Howard Weinstein.

"Next Generation" #57 (DC): Deanna, Dr. Selar, and Worf
find themselves trapped too -- inside the bodies of Lwaxana,
Geordi, and Alexander! Written by Michael Jan Friedman.

(Next Generation is still running late at times getting to
newsstands.)

"Deep Space Nine" #5 (Malibu): An escaped race of slaves
arrives on DS9, closely followed by the slave-masters -- who
want their property back.

(From "The Westfield Newsletter")


For the fan who has everything: Premiere House, Inc., is
now selling a collection of 2x3 Star Trek sterling silver
ingots. The ten ingots are each recreations of a Star Trek
movie poster (representing all six ST films). Those needing a
last minute Christmas gift should contact Premiere House,
15071 Keswick Street, Van Nuys CA 91405.

IBM's OS/2 2.1 Special Edition (OS/2 for Windows) was
introduced in November. "Open Systems Today" reported that
IBM's internal code name for this product was "Ferengi". 😉
(From rec.arts.startrek.info -- thanks to Bruin II for passing
it along.)

12:23 p.m.: Now I indulge in one of my electronic vices:
the "Star Trek" discussion board on America Online. It's on my
customized list of favorite places to visit, so I only have to
click the mouse a few times to get there.

In addition to a group discussion of various arcane "Star
Trek" subjects and "Star Trek"-related fiction written by
fans, there's a monthly electronic newsletter devoted to the
series. I download the newsletter into my computer, as well
as a list of new "Star Trek: The Next Generation" and "Star
Trek: Deep Space Nine" episodes for the fall.

(From an article "Cyberspaced Out" in the Wall Street
Journal. By God, we're famous.) 😉

"Dateline: Starfleet" -- edited by Bill Mason. Comments
and submissions are invited via any of these avenues: America
Online (E-Mail to Data1701D), Internet (send to
'[email protected]'), or the US Postal Service (753 Rively
Ave, Glenolden PA, 19036-1118)

The Away Team of Contributors -- are busy making their
Christmas wish lists.

Copyright and Trademark Notice: In no case is use of any
copyrighted material and/or trademarks without identifying
symbols intended as a claim of ownership to those copyrights
and/or trademarks. "Dateline: Starfleet" is a non-profit
production reporting and commenting on the universe of Star
Trek.

STAR TREK is a Registered Trademark of Paramount Pictures.
All other copyrighted material, trademarks, and/or service
marks cited herein are registered to their respective owners.

Readers are granted permission to reproduce this file
wherever they think there's an interest. I make no copyright
claims on this file and encourage public distribution. Just
tell 'em where you got it from!

If you read all this, you must already be done your
shopping, you sly dog.