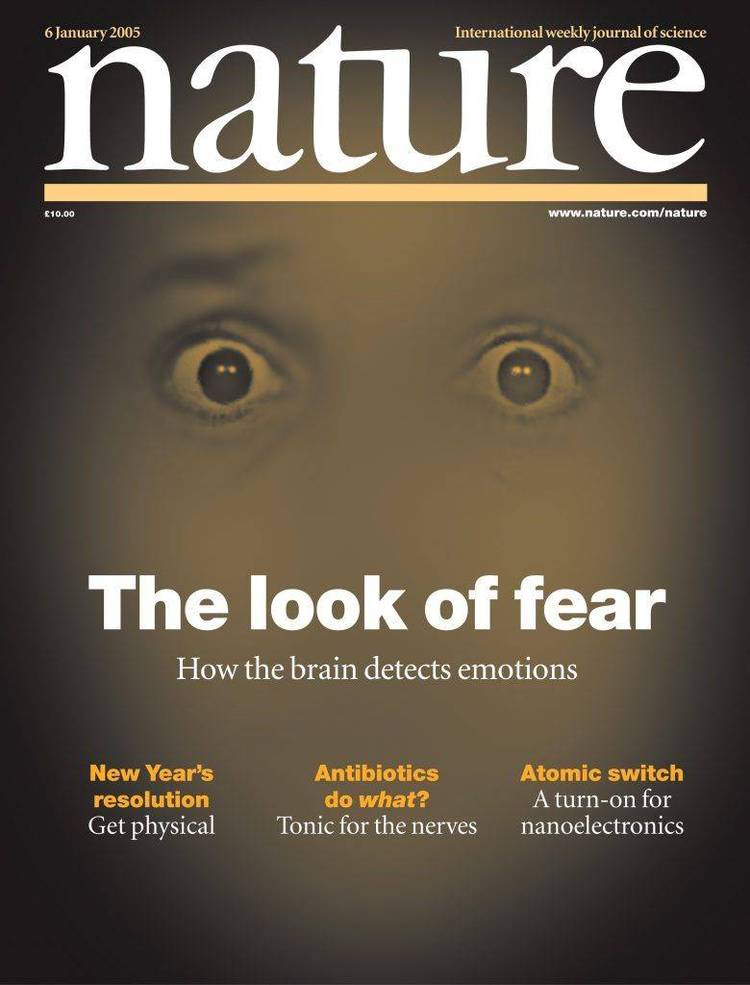 Contents of the ZEN10.TXT file

Corrected EDITIONS of our etexts get a new NUMBER, xxxxx11.txt.
VERSIONS based on separate sources get new LETTER, xxxxx10a.txt.

Project Gutenberg is working on creating a simple, childlike (if
you will) network guide, "A Child's Garden of the Internet." If
you have any suggestions for inclusions, and/or could take a few
minutes to write a "Ten Minute Tuturial" on any subject you feel
worthwhile. These should be directed at the absolute novices of
the networks, and should presume little or no previous knowledge
(we are even including how to control-c in each tutorial, as the
tutorials are each supposed to be a stand alone event taking the
nominal "Ten Minutes" to expose the novices to a particular part
of the networks, or to a particular resource. . .even if that is
a resource directed at other resources, such as Gopher, Prospero
and others. This could be an easy way to get your name in print
in both etext and paper publishing, as we had hardly announced A
Child's Garden before we were approached for paper publishing.

Information about Project Gutenberg (one page)

We produce about one million dollars for each hour we work. One
hundred hours is a conservative estimate for how long it we take
to get any etext selected, entered, proofread, edited, copyright
searched and analyzed, the copyright letters written, etc. This
projected audience is one hundred million readers. If our value
per text is nominally estimated at one dollar, then we produce a
million dollars per hour; next year we will have to do four text
files per month, thus upping our productivity to two million/hr.
The Goal of Project Gutenberg is to Give Away One Trillion Etext
Files by the December 31, 2001. [10,000 x 100,000,000=Trillion]
This is ten thousand titles each to one hundred million readers.

We need your donations more than ever!

All donations should be made to "Project Gutenberg/IBC", and are
tax deductible to the extent allowable by law ("IBC" is Illinois
Benedictine College). (Subscriptions to our paper newsletter go
to IBC, too)

All communication to Project Gutenberg should be carried out via
Illinois Benedictine College unless via email. This is for help
in keeping me from being swept under by paper mail as follows:

1. Too many people say they are including SASLE's and aren't.

2. Paper communication just takes too long when compared to the
thousands of lines of email I receive every day. Even then,
I can't communicate with people who take too long to respond
as I just can't keep their trains of thought alive for those
extended periods of time. Even quick responses should reply
with the text of the messages they are answering (reply text
option in RiceMail). This is more difficult with paper.

3. People request disks without specifying which kind of disks,
it can be very difficult to read an Apple disk on an IBM. I
have also received too many disks that cannot be formatted.

We would strongly prefer to send you this information by email
(Internet, Bitnet, Compuserve, ATTMAIL or MCImail).
Email requests to:

FTP directly to the Project Gutenberg archives:
ftp mrcnext.cso.uiuc.edu
login: anonymous
password: [email protected]
cd etext/etext91
or cd etext92 [for new books] [now also cd etext/etext92]
or cd etext/articles [get suggest gut for more information]
dir [to see files]
get or mget [to get files. . .set bin for zip files]
GET INDEX and AAINDEX
for a list of books
and
GET NEW GUT for general information
and
MGET GUT* for newsletters.

This etext was distributed by Professor Michael S. Hart through
the Project Gutenberg Association (the "Project"). As with
other Project Gutenberg-tm etexts, you can (and are encouraged!)
to copy and distribute it in the United States. We tell you how
below.

*BEFORE!* YOU USE OR READ THIS ETEXT

By using or reading any part of this PROJECT GUTENBERG-tm etext,
you indicate that you understand, agree to and accept this
"Small Print!" statement. If you do not, you may receive a
refund of the money (if any) you paid for this etext by sending
a request within 30 days of receiving it to the person you got
it from. If you received this etext on a physical medium (such
as a disk), you must return it with your request.

As used in this "Small Print!" statement, the word "Defect"
includes incomplete, inaccurate or corrupt data, transcription
errors, a copyright or other intellectual property infringement, a
defective or damaged disk or other etext medium, a computer virus, and
computer codes that damage or cannot be read by your equipment.

But for the "Right of Replacement or Refund" described below,
[1] the Project (and any other party you may receive this etext
from as a PROJECT GUTENBERG-tm etext) disclaims all liability to
you for damages, costs and expenses, including legal fees, and
[2] YOU HAVE NO REMEDIES FOR NEGLIGENCE OR UNDER STRICT LIABILI-
TY, OR FOR BREACH OF WARRANTY OR CONTRACT, INCLUDING BUT NOT
LIMITED TO INDIRECT, CONSEQUENTIAL, PUNITIVE OR INCIDENTAL
DAMAGES, EVEN IF YOU GIVE NOTICE OF THE POSSIBILITY OF SUCH
DAMAGES.

THIS ETEXT IS OTHERWISE PROVIDED TO YOU "AS-IS". NO OTHER
WARRANTIES OF ANY KIND, EXPRESS OR IMPLIED, ARE MADE TO YOU AS
TO THE ETEXT OR ANY MEDIUM IT MAY BE ON, INCLUDING BUT NOT
LIMITED TO WARRANTIES OF MERCHANTABILITY OR FITNESS FOR A
PARTICULAR PURPOSE.

Some states do not allow disclaimers of implied warranties or
the exclusion or limitation of consequential damages, so the
above disclaimers and exclusions may not apply to you, and you
may have other legal rights.

Except for modifications in formatting, this is a verbatim copy
of revision 1.0 of February 2, 1992, Copyright (c) 1992 Brendan
P. Kehoe, and is distributed under the following license:

< copies of this guide provided the copyright notice and this
permission notice are preserved on all copies.

Permission is granted to copy and distribute modified ver-
sions of this booklet under the conditions for verbatim
copying, provided that the entire resulting derived work is
distributed under the terms of a permission notice
identical to this one.

You may distribute copies of this etext electronically, or by
disk, book or any other medium if you either delete this "Small
Print!" statement except for Brendan P. Kehoe's license and
copyright notice, or:

[1] Only give exact copies of it. Among other things, this re-
quires that you do not remove or modify the etext or this
"Small Print!" statement. You may however, if you wish,
distribute this etext in machine readable binary, com-
pressed, mark-up, or proprietary form, including any form
resulting from conversion by word processing or hypertext
software, but only so long as *EITHER*:

[*] The etext may be readily converted by the reader at no
expense into in plain ASCII, EBCDIC or equivalent form
by the program that displays the etext (as is the
case, for instance, with most word processors).

[*] You provide, or agree to also provide on request at no
additional cost, fee or expense, a copy of the etext
in its original plain ASCII form (or in EBCDIC or
other equivalent proprietary form).

[2] Honor the etext refund and replacement provisions of this
"Small Print!" statement.

[3] Pay a trademark license fee of 20% of the net profits you
derive from distributing this etext under the trademark,
determined in accordance with generally accepted accounting
practices. The license fee:

[*] Is required only if you derive such profits. You
incur no obligation to charge money or earn profits by
distributing under our trademark.

WHAT IF YOU *WANT* TO SEND MONEY EVEN IF YOU DON'T HAVE TO?

The Project gratefully accepts contributions in money, time,
scanning machines, OCR software, public domain etexts, royalty
free copyright licenses, and every other sort of contribution
you can think of. Money should be paid to "Project Gutenberg
Association / Illinois Benedictine College".

WRITE TO US! We can be reached at:

Part A
Zen and the Art of the Internet

Permission is granted to make and distribute verbatim copies of this
guide provided the copyright notice and this permission notice are
preserved on all copies.

Permission is granted to copy and distribute modified versions of
this booklet under the conditions for verbatim copying, provided that
the entire resulting derived work is distributed under the terms of a
permission notice identical to this one.

Permission is granted to copy and distribute translations of this
booklet into another language, under the above conditions for
modified versions, except that this permission notice may be stated
in a translation approved by the author.

The composition of this booklet was originally started because the
Computer Science department at Widener University was in desperate
need of documentation describing the capabilities of this ``great new
Internet link'' we obtained.

It's since grown into an effort to acquaint the reader with much of
what's currently available over the Internet. Aimed at the novice
user, it attempts to remain operating system ``neutral''---little
information herein is specific to Unix, VMS, or any other
environment. This booklet will, hopefully, be usable by nearly
anyone.

A user's session is usually offset from the rest of the paragraph, as
such:

The purpose of this booklet is two-fold: first, it's intended to
serve as a reference piece, which someone can easily grab on the fly
and look something up. Also, it forms a foundation from which people
can explore the vast expanse of the Internet. Zen and the Art of the
Internet doesn't spend a significant amount of time on any one point;
rather, it provides enough for people to learn the specifics of what
his or her local system offers.

One warning is perhaps in order---this territory we are entering can
become a fantastic time-sink. Hours can slip by, people can come and
go, and you'll be locked into Cyberspace. Remember to do your work!

With that, I welcome you, the new user, to The Net.

Certain sections in this booklet are not my original work---rather,
they are derived from documents that were available on the Internet
and already aptly stated their areas of concentration. The chapter
on Usenet is, in large part, made up of what's posted monthly to
news.announce.newusers, with some editing and rewriting. Also, the
main section on archie was derived from whatis.archie by Peter
Deutsch of the McGill University Computing Centre. It's available
via anonymous FTP from archie.mcgill.ca. Much of what's in the
telnet section came from an impressive introductory document put
together by SuraNet. Some definitions in the one are from an
excellent glossary put together by Colorado State University.

This guide would not be the same without the aid of many people on The
Net, and the providers of resources that are already out there. I'd
like to thank the folks who gave this a read-through and returned some
excellent comments, suggestions, and criticisms, and those who
provided much-needed information on the fly. Glee Willis deserves
particular mention for all of his work; this guide would have been
considerably less polished without his help.