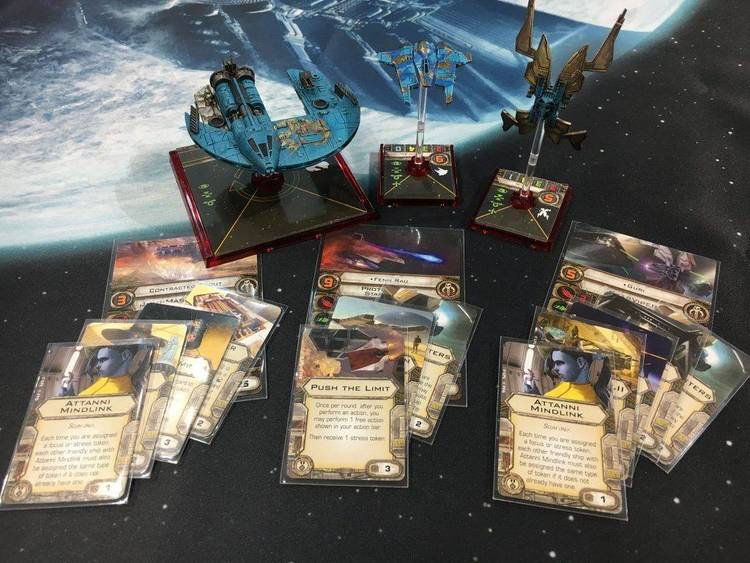 Contents of the XWING.TXT file

The document that follows is the much requested XWING strategy guide.
This document is in its complete unedited form and any credit/criticism should
be directed to the author/s.

I've updated the version on wpi.wpi.edu to include
most of the posts I've seen on x-wing since I
acquired the guide. Here it is - enjoy.

The Internet Guide to

We owe our thanks to the pilots who have taken time from their busy
training and mission schedules to provide us with this information.

This guide is divided into three main sections corresponding to the
three main flight areas in the game: historical missions, tours of
duty, and the maze. Within the historical section (section 1), the
missions are divided by ship type. In the tour section (section 2),
tactics are organized by tour and mission number. The Maze section
(section 3) is pretty much a jumble of various approaches to flying
the proving grounds.

Some of the attributions have been lost (either in transit or in
editing) -- I apologize to those people whose names have been lost. I
also took the liberty of changing formatting and deleting portions of
posts (this file is more than large enough as it is)... I hope no
one's nose is out of joint because of my editing.

There are no warranties included with this document -- you get what
you pay for. If you wish to contact me (commend or criticize), feel
free to contact me by e-mail: [email protected]

1) Come to a complete stop when you enter the mission.
2) Select your missiles.
3) Crosslink the missiles.
4) Target the first freighter.
5) When you are locked on (red), fire.
6) Repeat 4-5 for the second freighter.
7) Target the closest mine (probably in the left column on the screen).
8) Move to around 1.4 from it and stop.
9) Dual-link your lasers.
10) Put the cross-hairs on each mine in turn (don't bother targetting).
11) Fire. It should blow up.
12) Repeat for the closest column.
13) Destroy the satellites.
14) Repeat 7-12 for the remaining mines.
15) Warp out (but wait for 'Mission Complete').
--
David Sward [email protected]

Get one of the mines targeted with your targeting computer. Edge
forward until the mines are firing at a medium heavy setting. You
will notice that the mines are in 4 lines around the sattelites.
Target the outside row ( they should be about 1.3x away if you
are close enough. Put your lasers so that they all fire at once
target and fire when the sight turns green. You should be able to
off these quickly.

Target the two ships with Missles next. Don't be stingy with them
🙂 If one of the ships passes close by, nuke him with your
lasers. Move closer to the remaining mines and follow the steps
as in the above paragraph.

all that should be left are the sattelites, that you can just
waltz in and clean up easily.

You must do all of this QUICKLY otherwise one of those lovely
Frigates the Empire owns will pop in and blow you into ewok size
hunks of space matter.

Well, I was able to destroy everything in the third historic mission,
including the frigate. You stay about 1.4 km away from the nearest
mine, and blow up all the near ones. Before you do this, though, you
should destroy the transports. About now your R2 unit should say the
frigate is approacing. RUN!!! then turn around and blow it up from
about 1.4 km away also. Then get within 1.4 kn of the other mines,
blow them up, blow up the satellites, then get out. that should do it.

After some frustrating sessions I have completed this mission... but my
method is different...

1. Use two torpedoes to destroy each frigate first
2. Come to about 1.30 km from the outer mines and stop, then destroy
the outer mines
3. Come a bit closer for the rest of the mines, until 1.30 km - destroy
them all
4. By this time the clock will be about 4:30... Increase speed and in one
pass destroy the satellites...
5. The clock will be about 4 minutes, and the imperial frigate will have
arrived. Hyperspace when "mission complete" message is received

I find it necessary to destroy the frigates first, since they will hyperspace
out in about two minutes... I can't possibly destroy all those mines in two
minutes.

2 things... 1) Read the mission briefings. All of it. It says
explicitly that there is an imperial frigite in the area and that
you'll have to hurry. and 2) I had much better luck ( I can do it 90%
of the time) by doing it this way:

a) Switch to torpedoes
b) Come to a complete stop
c) set shields and lasers to increased.
d) Target Freighter 1
e) Get a lock and fire _2_ missiles. This _will_ destroy it.
f) Repeat d & e for Freighter 2
g) switch back to lasers, fire link once (so you get 2 @once, not 4) but
I really don't think it matters...
h) come within 1.4 of the first set of mines.
i) blow the hell out of mines with damn good targeting on _your_ part.
No targeting comp @that range to my knowledge. Just put the center
dot on the center of the mine and blamo!
j) Repeat i for all mines in "near" ranks
k) Ease up on next set of mines.
l) Repeat i for all mines in "far (now only)" ranks.
m) speed way the hell up and blow the sats away.

Works almost every time for me... btw, I use a very nice flight stick, but
I've seen my roomate do it with a *GASP* mouse. He's quite good. I was
impressed anyway...

Here's the strategy I used to get through this mission.

1) Turn on full shields and full laser recharge. (you could probably
get away with increased rather than full laser charge)

2) Hit the target key 'T' until you target one of the first sets of
mines (about 1.7 units away).

4) Quickly destroy 8 mines within range by targeting them with the 'T'
key and blowing them away with dual laser bursts.

You may have to 'edge' slightly closer - it is important to destroy the
mines *quickly*. Being closer helps you destroy the mines quickly. Even
taking a small amount of damage from fire may be acceptable - time is of
the essence.

5) Target one of the freighters. Switch to torpedoes - dual shot.
Wait for a lock. Fire on the freighter. Don't wait around for it
to blow up - it's a gonner, even if it doesn't know it yet.

6) Target the other freighter. Wait for lock. Fire. Reset to lasers

7) Target one of the remaining groups of mines.

9) Target a satellite. Burn towards it at full thrust. Fire as you
go.

10) Destroy all the satellites you can without taking any time to 'target'
with the T key using visual targetting. (Use the T key if you get really
confused and don't see any satellites around).

11) Get blown up by the enemy ship just as you finally destroy the last
satellite. (optional - but the mission was a success, even though my
ship was destroyed!).

I had one idea to save more time - not sure if it will work. If the enemy
reacts from time of first destruction, setting up some targets in advance
in the order of engagment (1 mine from 1st group, freighter, freighter, 1
mine from second group, 1 satellite) might save some important seconds.

(Michael Fulbright) writes:
> I am stuck on the 3rd historic X-WING mission, the one with all the
> laser mines. There must be a trick to all this - I set up full shield
> and give them highest priority. I can't seem to get the green lock
> light when targetting mines from far away. When I'm close enough to
> get the lock on then the lasers waste me. I don't suppose there is a
> way to throw them off me with flares 🙂 (the briefing says they are
> heat seeking)?

I started having the same problems, but i found out how to handle these.
Here my tactics dealing with mines:

1. Stay out of range until your shields & lasers have full power.
2. Set your speed to 100 or so and fly directly into the field,
making evasive maneuvers so the laser-beams don't hit you while
you're approaching.
3. In the minefied use the "."-key to get maximum view.
4. You need only one laser-hit to destroy a mine, so its not
difficult to destroy every mine in sight (they are usually placed
in rows, and with some practice, you can easy identify thouse near
194z to you from the radar-screens).
5. If you shields get too low, transfer some energy from the lasers.
6. If your lasers are empty, yoo, fly out of the field at max speed
(lasers-to-engine) and recharge, then goto (1.)

May the force be with you.

This is how I managed to complete the #3 historic mission of X-Wing.

1. The moment you exit hyperspace, stop your fighter.
2. Set shields rechargin at maximum rate, lasers on increased or maximum.
3. Change to proton torpedoes.
4. Fire link torpedoes so that you launch 2 at the same time.
5. Target the freighters and launch 2 torpedoes at both of them. Do not wait
for the torpedoes to hit, they will, in time. They destroy the freighters
100% surely.
6. Unlink the torpedo fire and target and destroy two mines with the 2
remaining torpedoes.
7. Direct power from the lasers to the shields until they are fully charged.
8. The mines form a sort of a cylinder. When you come out of hyperspace, you
approach the 'cylinder' from its side. Target one of the 4 bottom mines.
9. Dive and fly in the direction of the axle of the 'cylinder', slowly pull up
in such a manner that you come to a full stop 1.5 klicks away from the
targeted mine. You should see the mines in this kind of formation:

10. Dual link your lasers. Direct some shield power to engines.
11a. 2 choices. Either you set max throttle and fly past the mines destroying
one 'stack' of mines in the first sweep and then circle amidst the mines
shooting everything that comes in your sights (good practise for those
TIE-Interceptors...) Do not fly straight for one second.. 🙂
-- or --
11b. Slowly crawl towards the mines and destroy the mines as they come within
range. Sometimes there seem to be some 'invulnerable' mines, but keep
shooting, switch to full linking or try 11a...

You may also first destroy some mines by creeping and then sweep in to clear
the rest of them.

This was definitely difficult.