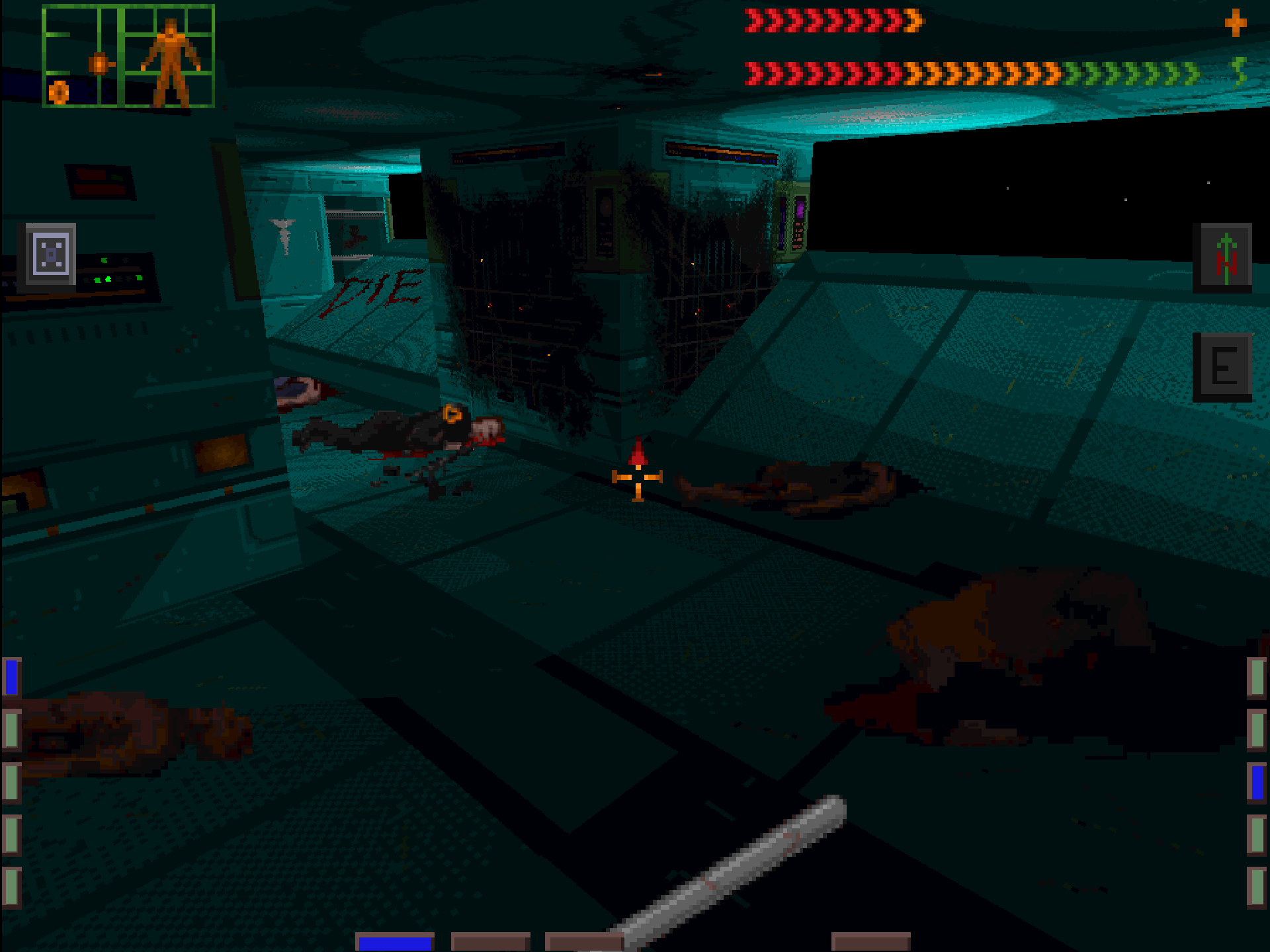 Contents of the GODMODE.TXT file


To enter the mode, do the following:

1. Invoke Wolfenstein 3-D with the "next" parameter (wolf3d -next).
You can also use whatever other command-line parameters you want.

2. Begin or restore a game. While in the game, hold down the TAB,
CONTROL, and ENTER keys simultaneously. You should get a message
stating that debugging keys are now available.

To use debugging mode commands, hold down the TAB key and one of the
letter keys listed below simultaneously:

B Changes the screen border color. Don't ask me why it's here, but
it's here.

C Displays the number of statics, doors, and actors in the level. I
believe that statics are things like food and ammo that you can
pick up, and actors are the bad guys. Doors should be
self-explanatory.

E Moves you ahead two levels. That's right, not one level, but two.
The W command (see below) seems to supercede this one. Perhaps I'm
missing something.

F Displays your current position on the level (X,Y) and orientation (A).

G Turns what Id calls "GOD mode" on and off. Basically it just
means that you're invincible.

H Hurts you (-16% health). Not much use to us, but I guess Id had
to debug their damage code just like everything else.

I "Free items." Ups your health, ammo, and score, and gives you the
next most powerful weapon. (Machine gun if you didn't have it,
Big Grin if you did.)

N Turns "No clipping" on or off. This lets you walk through walls.
Wall-walking does STRANGE things to the graphics (try approaching a
door from the side and opening it). It also does strange things
to the bad guys. If you walk into a room through the wall, often
they won't notice you at all, even if you walk right in front of
them or fire your machine gun (in some direction besides at them,
of course).

O Changes the main viewscreen to a map of the current level, which
you can scroll through using the movement keys or the mouse. It's
neat, but I wish that it wasn't so ugly. Those numbers are from
the internal level format. ESC will get you out.

P Pauses the game, without putting up the little "Paused" window.
Useful for getting a screen shot, I guess.

Q Bombs my machine. Let me know if it works on yours.

S Turns slow motion on or off. If you have a slow computer you
don't need this.

T Pops up a window which displays graphics and sounds from the game.
Use the left and right arrow keys to page through the entries.
If you come to a blank entry, keep going. You'll know when you've
reached the end (500-something) because you won't be able to go
any higher. ESC exits.

V Asks you how many extra VBLs you want. High values seem to make
the game sluggish and not much else.

W Warps to any level. 10 is the secret level. If you didn't know
there was a secret level then YOU SHOULDN'T BE READING THIS.

X "Extra stuff." It definitely does something, but I can't figure
out what. Let me know what you find.

That enough commands for you? By the way, there also appears to be a
"Demo recording" mode, but it can't be entered from debugging mode.
Stay tuned.