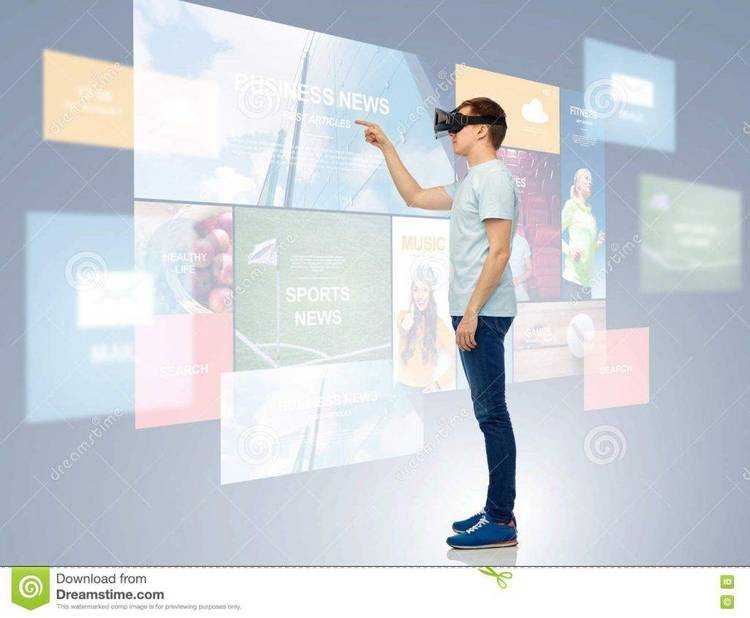 Contents of the CYBERART.TXT file


In the January 22, 1990 (Volume 7 Number 1) edition of "Microtimes",
an advertising supported, freely (newsstand) distributed tabloid local
to the San Francisco Bay (& Silicon Valley) area, there is an article
beginning on page 96, titled "Being in Nothingness", subtitled
"Virtual Reality And The Pioneers Of Cyberspace" [sic], written by
John Perry Barlow, which tries to give an overview of the current
state of active commercial development in virtual reality, gives an
account of the author's experience "plugged into" a developmental
system, and does a bit of maundering about the effect of the
technology on the future, with a generous dose of hyperbole thrown in
in order to respect ancient traditions of reporting the potential
future.

Due both to a remaining bit of respect for the copyright laws, and
sheer laziness (the length of the article much exceeds my desire to
type tonight), I'm not going to give you a "reproduced without
permission" posting. For those interested in the whole article, send
$4 for the back issue to: BAM Publications Inc., San Jose Office, 36
Harold Avenue, Suite 2, San Jose, CA 95117, phone (408) 244-440.

What I _will_ do is paraphrase/summarize a bit, until the mood passes.

The author begins by describing the experience of being a disembodied
hand in an office environment. He learns to pick up books by making a
fist inside the book, rather than by "grasping" it. He experiences
the office as an open girder network. He "flies" by pointing his
finger where he wants to go. He gets lost a bit. He questions where
the "me" is when he is reduced to a point of view.

His experience takes place at Autodesk, in Sausalito, CA, using a
Compaq 386 platform, two Matrox graphics boards, VPL Eyephones, and
VPL datagloves, both of whose locations in space are tracked by
Polhemus magnetic sensors. The datagloves are fed by fiber optics.

The author feels that he has become a traveler bounded by imagination
and computer processing speed rather than by the laws of physics. He
opines that the ever increasing speed of computers will make this new
universe grow faster that his mundane one.

The author descends into hyperbole, contrasting the discovery of the
Americas and the moon landing unfavorably with the importance of this
new world's discovery. He tells us that Autodesk, and VPL Research,
have a current monopoly on this field, but that undoubtedly IBM will
buy in when all the risks have been clarified and the profits begin to
flow, and drive out the pioneers.

Next the author traces a short history of virtual reality, tracing it
back to Ivan Sutherland's pioneer work with a graphics head-mounted
display so ponderous it had to be suspended from the ceiling, and too
slow to be practical. After a 17 year haitus waiting for the "right
stuff", Mike McGreevy of NASA utilized the LCD displays from a
(Japanese built) Radio Shack mini-TV, finally light enough for use in
a head mounted display with only user support. NASA was researching
"telepresence" control of harsh environment robots. The Air Force was
concurrently trying to adapt the technology to weapons platform
control. [I happened to give a little free design advice in this area
to a friend employed by Northrup while we flew to a conference, so I
can independently confirm this claim.]

Lacking from these efforts, the author says, was whimsy and a fluid 3D
interaction with the environment. These were first supplied by VPL
research with the "Z-glove", which was initially used to implement
that impulsively mimed indication of the desire of all
rock-musician-wannabies to play in the band, the "air guitar". To
accompany and reify the actions of the glove, VPL folks wrote "The
Body Electric" software.

The author says VPL makes this commercially viable while staying at
the cutting edge, by disregarding hardware cost to maximize
performance, then spinning off commercial products (such as the
Nintendo PowerGlove and the Macintosh Swivel 3-D modelling software.)

The author references an Autodesk white paper by John Walker titled
"Through the Looking Glass: Beyond 'User Interfaces'". This proposed
and led to Autodesk's Cyberia Project, whose results the author was
experiencing at the beginning of the article. This in turn led to an
ad video featuring Dr. Timothy Leary, and to Autodesk's trademarking
of "cyberspace" (tm!). Disputes over the potential utility of the
effort at Autodesk, the author says, led to the project being reduced
to one full time developer by November 1989. The result was a
sporulation of the development personnel to new pastures.

To the question which prompted this retrenchment, "what's it good
for", the author answers by referring to the unsuitablity of current
linear (file) or 2-D (desktop) indexing and retrieval schemes to
represent the inherently 3-D visual, tactile, and kinesthetic filing
schemes that humans actually employ and with which we most
successfully interact. For example, I want the Wadget account, so I
pick up the third folder in the right hand stack on my desk, open it
up 40% of the way through, and page back and forth until I find the
Wadget's widget order form, which I recognise mostly holistically.

The author recalls thinking as a teenager that the interface speed
problem could only be overcome by brain implants, but says he now has
less faith in the surgeon's knife, and more in the ability of the new
hardware and software to utilize mankind's existing high speed
interfaces.

Getting back to the question of the utility of Virtual Reality, the
author documents the cost effectiveness of University of North
Carolina (Chapel Hill or NC State is not clear without local
knowledge; both have extensive 3-D graphics efforts of long duration)
efforts to allow a customer for the architectural design of a building
to "walk through" a virtual building to discover errors of design,
rather than correcting the errors by tearing out concrete and steel in
the solid model. [This seems from the text either to be an Autodesk effort,
with unspecified interface hardware styled "DataSuits", or to be one
that Autodesk is eyeing with avarice!]

Again attributed to UNC is work allowing a molecular biologist to
assemble model molecules "like tinkertoys", complete with tactile
feedback to reflect bonding forces. [This sure sounds like an
outgrowth of earlier work at NC State with use of 3-D joysticks to
manipulate screen molecular models!]

Other fields inaccessible due to time, size, or abstraction in the
regular world, and so ripe for virtual reality exploration, which the
author mentions, are chaos, mathematical topology, lattice quantum
states, and particle collisions.

Less on the rocket scientist side of the ledger are the next
generation of video game parlors (Atari Games is supposed to be hot at
work on this). In addition, replacement bodies, choreographed
telecommunication, surgeon's training, and the chance to converse with
dolphins or creatures never born are among the author's visions for
virtual reality.

The author ends his piece with a reflection on the chance for
technology to reverse its habit of making the wondrous mundane, by
instead "reinfecting ordinary reality with luminous magic", and
catering to the human urge to have visions and to get high.

The editor postfixes the article with a characterization of the author
as "a retired rancher, techno-crank, and the 'other' lyricist for the
Greatful Dead".

Thus ends my paraphrase/review. I hope this contains enough points of
discussion to get the USENet side of this group off to a rousing
start. Welcome to the net, sci.virtual-worlds!
--
Again, my opinions, not the account furnishers'.