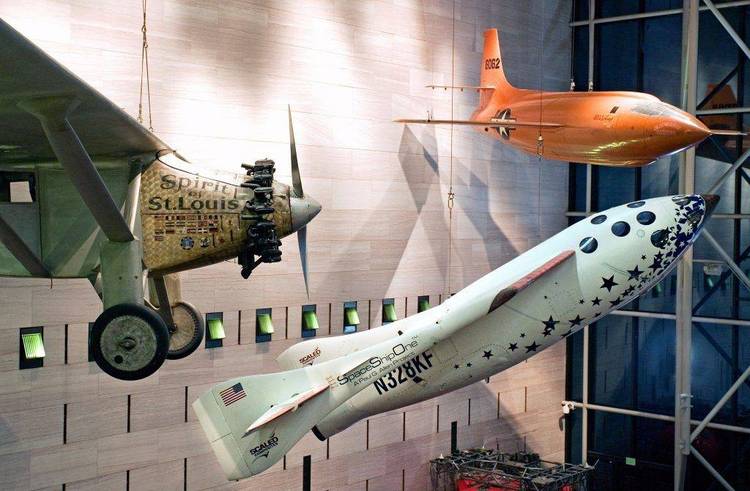 Contents of the SMITHSON.TXT file

STAR TREK: This major exhibit includes costumes and props
and will feature TV episodes. Flight and the Arts
gallery.

Passes required. Passes (four per person maximum)
may be obtained at NO COST at the Museum's south
lobby 15 minutes before opening.

Advance passes may be obtained through area
TicketMaster outlets. For recorded information,
telephone (202) 786-2122.

The Star Trek exhibit contains many items of interest from the
original TV run of Star Trek. On hand are many of the model ships
used in the television show and movies including Klingon Battle
cruisers, shuttlecraft, Tholian ships, the D-7 Space Freighter as
well as the various versions of the USS Enterprise (NCC-1701) itself.

On hand are many of the props used in the show including phasers
and disruptor weapons (of many types), communicators, diagnostic
equipment, universal translator as well as an assortment of alien
equipment, (even Mr. Spock's ears!) as seen in the show.

Many of the costumes and other apparel used in the show are on
display. Many of the the dresses created for the program are
surprisingly lovely and must be seen in person to fully appreciate.

The exhibit also features many memos, scripts and other items of
interest to Star Trek fans. A short film runs continuously which
documents the history of Star Trek and documents the impact the
show had on American culture. The film features interviews with
many members of the original cast.

Photographers will enjoy taking pictures of friends and family as
they stand on mock sets of the transporter pads alongside life size
cut outs of Kirk, Spock and McCoy! A mock up set featuring the ship's
Captain's chair is also available to all!

The original 11 ft. model of the starship Enterprise has been newly
restored for this exhibit. The ship has been given a new internal
lighting system and is restored to the way it appeared in Star Trek's
final aired episode, "Turnabout Intruder".

This exhibit is a must for fans of Star Trek! Enjoy it this summer!