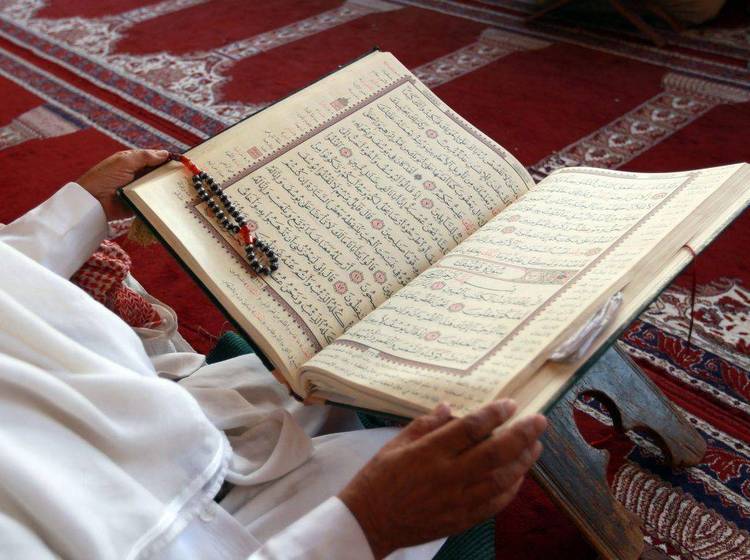 Contents of the RAMADAN.TXT file

Ramadan is a special time of Besides building
year for Muslims in Bethesda as self-discipline, Ahmad said
well as in the rest of the world. fasting has helped him better
It is a time to loosen ties with understand the plight of the
the material world and instead homeless. "Having to endure the
focus on nourishing the soul. pangs of hunger makes us empathize
Dean Ahmad and other area with people who have to endure
Muslims have been observing the hunger not by choice, not as a
Islamic holy month of Ramadan by religious exercise, but because
fasting from dawn to sunset since they have no food," he said.
March 17. They will continue to And, he said, it is a proven
refrain from food, drink and that fasting gives the body a
intimacy for over 14 hours a day, much-needed rest and cleanses the
until the month ends on April 16, system.
he said. Fasting at this time of year
Ahmad, 42, is the president of makes Ahmad feel closer to Muslims
the East Bethesda Citizens around the world, he said. "All
Association and serves on the of us are undergoing a common
downtown Bethesda Citizens jihad, or fight against the evil
Advisory Committee. within ourselves."
He usually starts his fast with He said Ramadan fosters a sense
a glass of orange juice right of closeness among Muslims in the
before dawn and then prays. At area too, because they frequently
sunset he breaks his fast with gather to break their fasts
some dates. After offering his together.
evening prayers, he has a bowl of There are several thousands of
soup to get his stomach back to Muslims in Montgomery County, and
its normal size. Then he eats a Islam is the fastest growing
meal that is slightly larger than religion in the United States.
his typical supper. Ahmad said hunger pangs hit him
"There's nothing unusual about on occasion, and he usually loses
fasting being part of religion," about four pounds during Ramadan.
said Ahmad, noting that Christians He also feels more tired than
and Jews fast as well. "The usual and shortens his typical
Muslim is engaged in a willing schedule of activities, he said.
submission to God's command." Ahmad will continue the daily
Fasting during Ramadan is an fast until the evening of April
Islamic requirement for women, men 15. An astrophysicist by
and children who have reached profession, he expects the new
puberty. Youngsters, travelers moon will be born on that day,
and the ill are excused from signalling the end of the month of
fasting. Ramadan and the beginning of the
Ahmad, a Palestinian-American, month of Shawwal.
said God ordered Muslims to fast On April 16, the day of Eid,
in order to teach them Ahmad and other Muslim Bethedsans
self-discipline. Ahmad said he is will visit mosques - like the
learning. "If we can overcome the Muslim Community Center in Silver
three strongest passions human Spring or the Islamic Center in
being have-desires for food and Washington, D.C - to pray and
drink and sexual activity-then we celebrate and spend the day with
have demonstrated we can resist family and friends.
any temptation that might come our In the meantime, Ahmad is
way," he said. working on a Zakat Foundation
"This is not a time of mere charity project to gather the
denial, because if all you do is zakat, or charity, that Muslims
give up food and drink you'll just must pay before the end of
get irritable," Ahmad said. "So Ramadan.
you make up for the decrease in
material nourishment with an
increase in spiritual food and
drink." Muslims spend more time
in prayer and reading the
Holy Qur'an during Ramadan, and
strive more dilligently to avoid
sin and social evils, Ahmad said.