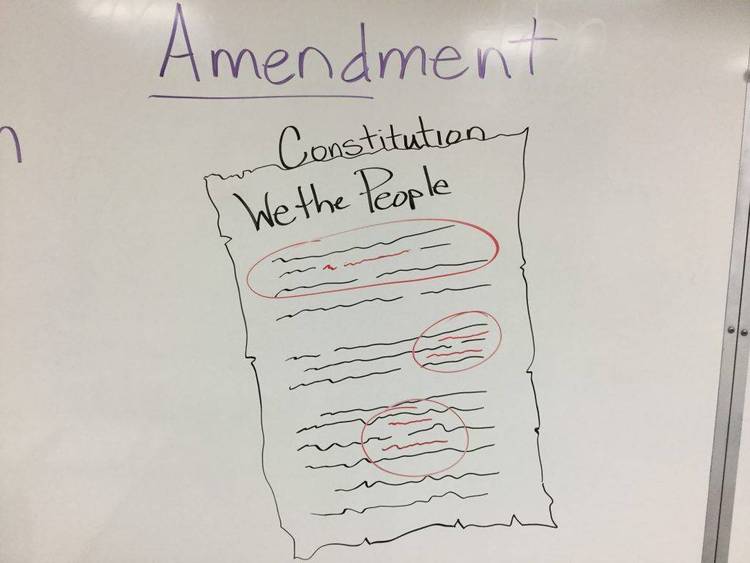 Contents of the MAYFLOWR.TXT file


"In the name of God, Amen. We, whose names are underwritten, the
Loyal Subjects of our dread Sovereign Lord, King James, by the
Grace of God, of England, France and Ireland, King, Defender
of the Faith, e&.

Having undertaken for the Glory of God, and Advancement
of the Christian Faith, and the Honour of our King and
Country, a voyage to plant the first colony in the northern
parts of Virginia; do by these presents, solemnly and
mutually in the Presence of God and one of another, covenant
and combine ourselves together into a civil Body Politick,
for our better Ordering and Preservation, and Furtherance
of the Ends aforesaid; And by Virtue hereof to enact,
constitute, and frame, such just and equal Laws, Ordinances,
Acts, Constitutions and Offices, from time to time, as
shall be thought most meet and convenient for the General
good of the Colony; unto which we promise all due
submission and obedience.

In Witness whereof we have hereunto subscribed our names
at Cape Cod the eleventh of November, in the Reign of our
Sovereign Lord, King James of England, France and Ireland,
the eighteenth, and of Scotland the fifty-fourth.
Anno Domini, 1620."

There followed the signatures of 41 of the 102 passengers,
37 of whom were members of the "Separatists" who were fleeing
religious persecution in Europe. This compact established the
first basis in the new world for written laws. Half the colony
failed to survive the first winter, but the remainder lived on
and prospered.

Permission is hereby granted to download, reprint, and/or otherwise
redistribute this file, provided appropriate point of origin
credit is given to the preparer(s) and the National Public
Telecomputing Network.