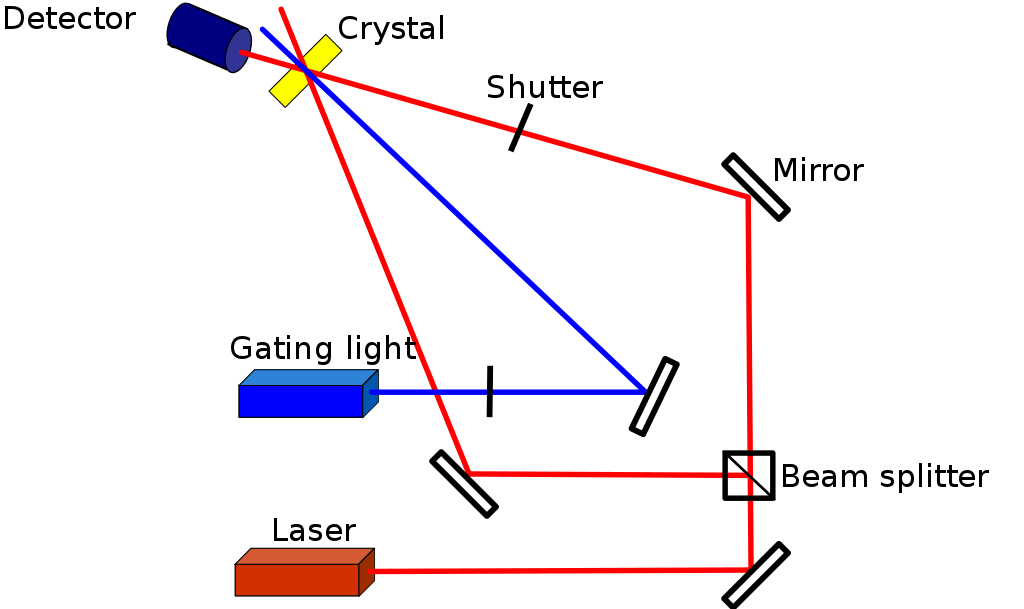 Contents of the HOLO.TXT file

Holographic stroage could be on its way to market by the end of the year.

Microelectronics and Computer Technology Corp. (MCC) has created a Holostore
storage technique that company officials say will be the first to move data
faster than a CPU and to pack data up to 100,000 times more densely than a
conventional hard disk.

MCC has spun off a new company, Tamarack Storage Devices Inc., to market a
Holostore-based, 50-slot jukebox called the Rat Pack. Each of its slots
can accept a 1-Gigabyte storage unit about the size of a 35mm slide, priced
as low as $1. The entire jukebox is expected to sell for about $3,000 to
$5,000.

The initial Rat Pack, limited to write-once storage, is scheduled for release
around the end of 1993. A multiple-write version is expected next year.
The Rat Pack connects to a SCSI interface; planned future versions would have
a high-performance parallel interface.

In Holostore systems, multiple data "pages" are stacked within the same
physical space, in a crystalline array of strontium barium niobate laced
with cerium. a page is a data block of a set size, such as 256 bits by
256 bits.

Separate holograms occupying the same space are recorded and read back by
different frequencies or angles of light. In theory, the tight packing
could cut a five-hour magnetic disk transfer down to just a second or two.
Such speed could eliminate present input-output bottlenecks and keep up
with supercomputing demands.

MCC is the Austin, Texas, R&D organization establihed by a consortium of
U.S. companies and supported in part by the Commerce Department. The
company is hoping to get $10.3 million federal funds over a five-year
period for Holostore development, to match $12.7 million from private
sources. The five-year program is now in its third year.

"They are ever-optimistic," Tom Leedy, project manager for Commerce's
Advanced Technology Program, said of the Holostore developers at MCC.
"We're rooting for them. They had some significant problems but also
some significant solutions."

Leedy said the first holographic storage units on the market will seem
expensive, through not in terms of the price per bit stored. If the
technology works, "everybody and his brother will want to use it," he
said.

The holographic scheme stacks two-dimensional light patterns within a
three-dimensional cube of light-sensitive "crystallite." The stacked
patterns actually areimages of data pages, recorded by splitting laser
light into two separate beams and recording their pahse and amplitude
when they intersect inside the photorefreactive crystallite.

The first, or data, beam shines through a checkerboard-like page of data
called a spatial light modulator. It intersects with the second, or
reference, beam at a point in the crystallite, creating an interference
pattern. Only the reference beam is needed to retrieve a page image.

This storage method, under investigation since the 1960s, has had plenty
of problems. Early crystals were inadequate in size. Early reference
beams sometimes destroyed data as it was read.

MCC, working with Stanford University, poineered non-destructive read
techniques by building arrays of smaller crystallaties in isolated,
scalable stacks and by using a static electric field and polarized laser
beams to achieve up to billions of reads without damage.

Swiss researchers, meanwhile, are working on a technique to push
holographic storage to densities as high as 100 million bits per cubic
centimeter, using a polymer and an absorbable dye.

The Advanced Technology Program also has given $1.3 million to Optex Corp.
of Rockville, Md., to develop an "eletron trapping" recording system.
Leedy said the technique is similiar to holographic storage, but instead
of just "on" or "off" data bits, it allows "shades of gray."

Researchers at the Energy Department's Oak Ridge National Laboratory in
Tennessee have helped develop a technology with the potential to store
on a 12-inch optical disk 1.5 million times as much as a 5 1/4-inch
floppy hold -- roughly speaking, 18,000 complete sets of Encyclopedia
Britannica. the research was funded by the Office of Naval Research
and DOE's Office of Technology Transfer.

The technique, called surgace-enhanced Raman optical data storage (SERODS),
is based on a phenomenon called Raman scattering. Scattering occurs when
a laser excites a certain molecule and it begins to vibrate and give off
light in a characteristic frequency.

When such molecules are near a structured metal surface, the Raman scattering
increases as much as 100 million times.

Unlike a conventional optical disk where data is "burned in," a SERODS
disk is coated with microscopic silvery beads that promote scattering
when struck by laser light. Data is recorded by altering the orientations
and therefore the light emissions of molecules in the coating.

Bellcore Labs in Livingston, N.J., has developed a thumbnail-size chip
containing more than 1,000 semiconductor lasers. Such a laser chip would
cost much less than an array of lenses and deflectors, and it could have
multiple input-output channels to eliminate access bottlenecks.