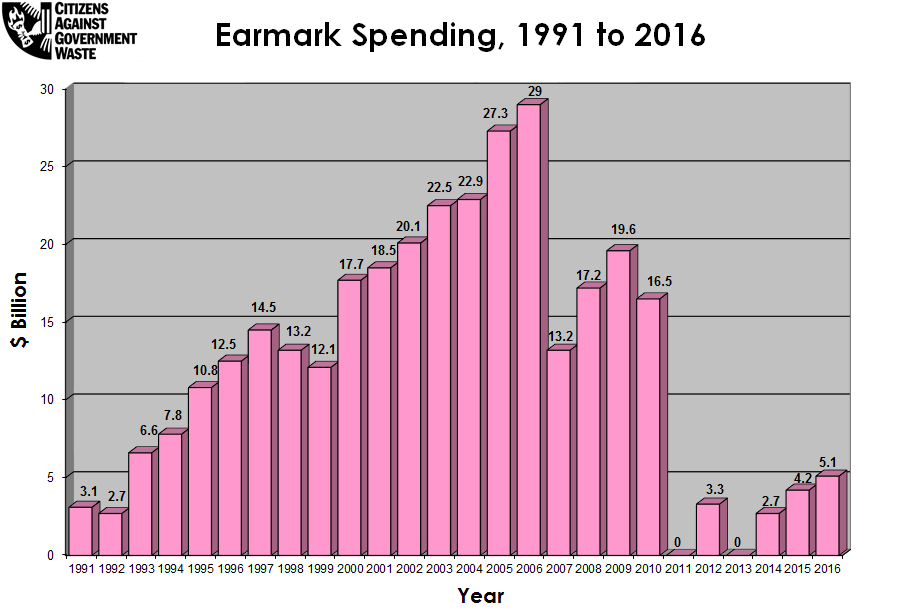 Contents of the PIGBOOK.TXT file

The Summary is a compilation of examples of wasteful spending in the
1992 Congressional Appropriations Bills that went through OUR Congress.

The excerpts written herein, are used with the implied consent of the
Council for Citizens Against Government Waste, Washington, D.C.

Please include acknowledgement of their work, by citing their name
whenever you quote, copy or otherwise distribute material from these
excerpts or from the original "1992 Congressional Pig Book Summary."

The Citizens Against Government Waste has approx. 500,000 members.

Since July 1, 1991, the Council for Citizens Against Government Waste
have established more than 275 Chapters in 48 States, under the banner
of the Taxpayer's Action Network (TAN). GET INVOLVED! 1-800-BE ANGRY.

Explanation of the Term "PORK BARREL"

"Pork Barrel spending includes programs which serve no national
interest, such as roads which go virtually nowhere, 'scientific
studies' which yield no practical data, or acquisition of property
and construction of projects which benefit a limited number of people
or special interests."

"This year's 'Pork King' title goes to Sen. Robert Byrd (D-WV). Byrd
used his position as chairman of the Appropriations Committee to
funnel $510.8 million in special projects and earmarks to his home
state of West Virginia."


WHERE DOES ALL THE MONEY COME FROM ANYWAY ?

"The government has no money except that which WE taxpayers earn and
give to it or which it borrows, on which WE pay the interest. But
Congress is continuing to squander our resources and bankrupt the
nation, so WE are left holding the bag.


Read this summary of 1992 wasteful spending. Contact your Senators and
Representatives -- either by phone or mail -- and demand an explanation.


It's time we hold our elected representatives accountable
for how THEY spend OUR money !"

"$1.7 million for Pacific Tuna Management in the Fisheries Management
Programs and $250,000 for information collection and analysis on
Hawaiian Sea Turtles;both requests made by Sen. Daniel Inouye(D-HI)."

"$1 million added in conference by Sen. Ted Stevens (R-AK) for the
construction of an Alaska Fisheries Center."

"The 1992 Defense Appropriations bill contains over $6 Billion in
unauthorized spending in violation of the law which states that 'no
funds may be appropriated for any fiscal year to, or for, the use of
any armed force, or obligated or expended unless funds therefore have
been specifically authorized by law.'


The bill also includes $114 million earmarked for university grants
which have been non-competitively awarded.

1) $25 million for an 'Artic region supercomputer,' courtesy of ranking
minority member of the Senate Appropriations Defense subcommittee,
Sen. Ted Stevens (R-AK), as part of a controversial and so far
unsuccessful effort by the University of Alaska to trap energy from
aurora borealis.


2) $10 million earmarked for an unauthorized grant to Marywood College
in Scranton, Pennsylvania to study military stress on families,
thanks to Rep. Joseph McDade (R-PA).

This small Roman Catholic School, run by nuns of the Immaculate
Heart of Mary, has an enrollment of nearly 3,000. The $10 million
grant is roughly one-third of the school's budget.

The awarding of this $10 million study to Marywood has baffled even
the grant recipients.


3) $600,000 added in conference to establish two Post-Traumatic Stress
Disorder Treatment Center Demonstration Projects, one to be located
in the State of Hawaii and one in Greensburg, Pennsylvania.

The treatment disorder centers are directed to study the effects of
war on active duty, guard, and reserve personnel, and their families.


According to the report language, "one center shall be located in
Greensburg, Pennsylvania, which has suffered more (wartime) casualties
than any other community in the United States. The other center shall
be located in the State of Hawaii."

The reason for the center in Hawaii is unclear -- other than the
presence of Sen. Daniel Inouye (D-HI), Chairman of the Defense
Appropriations Committee.

This funding comes in addition to $7.4 million included in the 1991
Veteran's Compensation Rate amendments for specialized stress
disorder centers and health care staff."

"$1.5 million directed under Capital Outlays to "secure, from current
owners, access, rights of way, easements or title to lands not now in
public ownership for a proposed bicycle and pedestrian pathway known
as the Metropolitan Branch Trail."

"$7 million earmarked in the House bill for African elephant
conservation. At press time, the Senate had not yet taken up the
foreign aid bill, which is running on a continuing resolution."

1) "$6 million directed out of the National Park Service budget to be
used for construction of the Franklin Delano Roosevelt Memorial.

Established in 1955, the FDR Commission was charged with building a
memorial for our 32nd President.

Despite the fact that FDR said he wanted a memorial no larger than
his desk, the Commission has planned, and Congress has authorized,
a $47 million, 9-acre garden plaza in downtown Washington.

Controversy over the design and architectural plans has kept
construction in limbo, until September 1991 when ground was finally
broken. Federal funds have flowed steadily into the Commission fund
since its inception (1955).

In years when funding was lower than anticipated, the Commission
managed to raise private funds. Dedication is scheduled for 1995."


2) "$5 million for 1992 activities related to the Salmon Summit which was
convened in 1990 by Sen. Mark Hatfield (R-OR) to formulate a plan to
keep the National Marine and Fisheries Service from listing the
salmon on its endangered species list.

The summit consisted of representatives from business, utility, and
other industries; Indian Tribes; environmentalists; and other groups.

The four states at the summit were Oregon, Idaho, Washington and
Montana. The summit failed to produce a long term solution for
salmon recovery which was amenable to all parties.

Governors then turned to the Northwest Planning Council, which was
able to develop and submit an acceptable plan in December 1991."

This project has not been authorized, could run as high as
$60 million, and is duplicative of a visitors center, which
already exists at the Lincoln National Historic Site."

These funds were designated for 'congressional emergencies.'
Research done by CCAGW staff, found that this money was not going to
be used for 'emergencies' at all, but was added to the bill & labeled
'emergency' so as to avoid Congressional Budget Office (CBO) scoring
rules.

According to Labor/HHS staff, the committee exceeded its budget by
$80 million. In order to avoid any spending cuts, the committee used
the emergency designation of funds as a 'gimmick to avoid CBO scoring
rules.'

Funds that are labeled 'emergency' are taken off-budget and do not count
toward the funding totals for the committee."

"$1,000,000 for a pilot test, evaluation, and a survey of a Capitol
complex energy-efficient lighting retrofit."

"The 1992 Military Construction Appropriations bill contained $33.9
million for construction/improvements to military physical fitness
centers and $42.8 million for the construction of, or additions to
child development centers.

Here is where some of that money went:

$3.3 million for additions to a child development center at Travis Air
Force Base, located in the district of appropriator Vic Fazio (D-CA).

$3.9 million for physical fitness center for the Aberdeen Proving Ground
located in the home state of appropriator Barbara Mikulski (D-MD)."

These projects are unauthorized, were non-competitively awarded,
and have never been the subject of congressional hearings.

Here is a sampling of 1992 highway projects:

1) $148.5 million, or 29 per cent of total pork-barrel highway spending,
included by Sen. Robert Byrd for a Corridor G highway iprovement
project to 'demonstrate methods of eliminating traffic congestion and
to promote economic benefits' for West Virginia. He also got $9.84
million for a highway demonstration construction project for an
earlier Byrd trophy, a $185 million FBI complex in Harrison County,
West Virginia. Sen. Byrd managed to put West Virginia at the top of
the list of states getting federal earmarks.

The following cooperative/special research grants have been awarded
non-competitively:

The preceding material only contained brief excerpts taken from the
"1992 Congressional Pig Book Summary", published by the Council for
Citizens Against Government Waste, Washington, D.C. Please direct
inquiries reagarding this material to 1-800 BE ANGRY.

The Uploader, James P. Leonard, does not assume any responsibility
or liability for the accuracy or validity of the material contained,
herein, nor liability for any actions that may arise from the general
distribution and circulation of this material to other Americans.


Below are my own thoughts and suggestions for what you can do to help
all of us protect our nation from misappropriation of OUR money and
OUR nation's resources, by the hands of those WE elect to office to
REPRESENT the Will of the People.