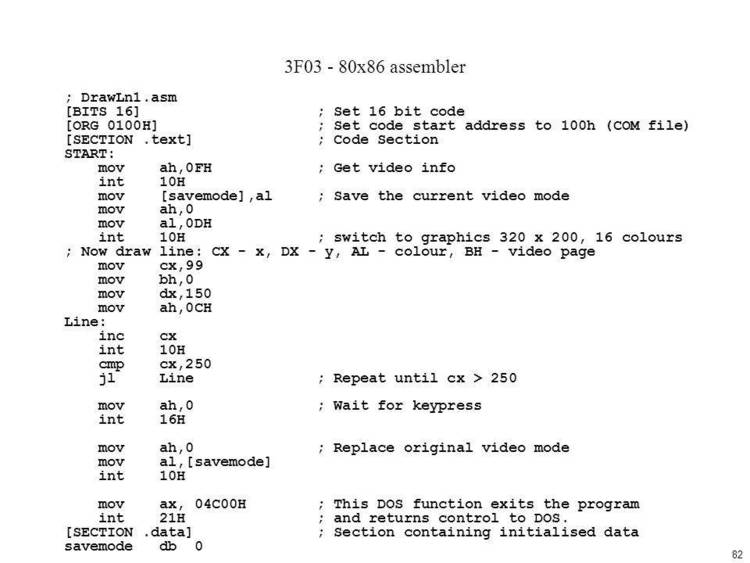 Contents of the VMODE!.TXT file

Sets the video mode or displays what the current video mode is.
A replacement for the DOS MODE command.

Copyright (c) Roedy Green Canadian Mind Products (1991)
Shareware that may be freely distributed for non-military use only.

VMODE! 1.3 sets/displays any video mode using words or numbers.
VMODE! is a replacement for the DOS MODE command. Includes
MASM/OptASM source. By Roedy Green of Canadian Mind Products.
Copyrighted but may be copied freely for Non-military use only.
Usage: VMODE! MONO, VMODE! 6, or just plain VMODE! to display
the current video mode

all set the video mode.

VMODE!
by itself just displays the current video mode.

You can use any mixture of upper and lower case. e.g.

IBM VGA cards use the following modes. Most other companies
follow IBM's lead, and then offer some extra modes.

There are probably other modes beyond these that I do not yet have
documentation on.

VMODE! is a willing slave that will do whatever you ask. It will attempt
to put your screen into any video mode you request -- even if your screen
is incapable of supporting that video mode. What happens when you do this?
It depends on your BIOS, video BIOS, and your hardware. Here are some of the
things that can happen:

1. It ignores you and leaves you in the old video mode.

2. It puts you into an alternate video mode that it can handle.

3. Your machine freezes up. Try reset or power off to thaw it.

will not work because VMODE! does not support hexadecimal.
Instead try:

You run VMODE! MONO for example, and nothing happens. VMODE!
displays nothing it all. This is exactly the what is supposed
to happen. VMODE! only displays messages when something goes
wrong. However something did happen behind the scenes. VMODE!
set the mode to MONO. If you are already in MONO mode, things
will look just the same, except the screen will be cleared. If
you go into an exotic mode, the differences from the one you
were in may not be immediately apparent. Try typing a DIR
command to see how text shows.

VMODE! checks specially for the Headland Video Seven line of
Super VGA cards and lets you access the proprietary video modes
accessed via the INT 10 extended functions. At this time VMODE!
does not have special handling for any other brands simply
because I don't yet have documentation on how to do it. Hint
hint...

VMODE! may not work if you have two different video cards in
your machine. Adventurous souls might experiment with the
source code, experimenting with the FudgeEquip routine to tune
it to your hardware.

VMODE! is quite a "mouthful" to type. You can simply rename the
program to something short like this:

If you want to do it up brown, replace the string VMODE! with V
in all the source code and documentation.

You can simply make a copy have thus use either name:

DESQview is very motherly and does not like you changing video modes or
playing with dual screens. If you bat an eye she will put thing
back the way they were. Do your experiments outside DESQview.

The people on BIX with the following handles all helped with
beta testing:

Harvey Fishman convinced me to add full Video 7 support for the
proprietary modes.

I finished this last October, but failed to post it because of
some minor imperfection that I cannot remember.