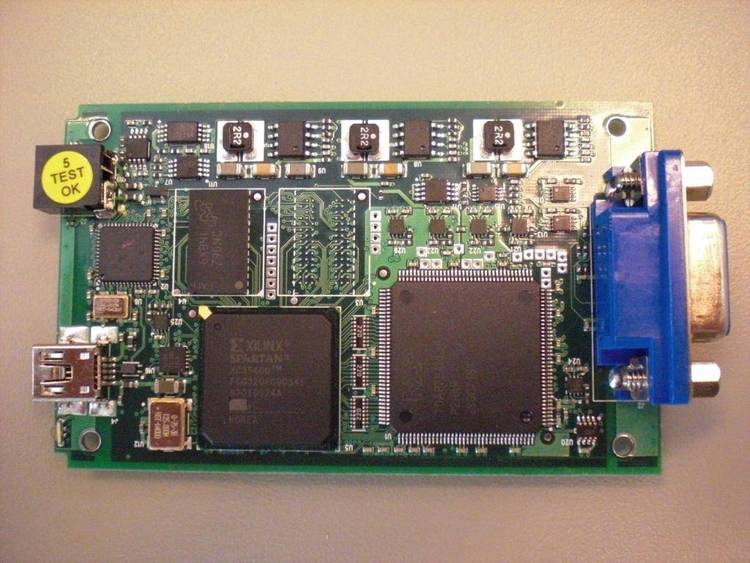 Contents of the VGA2GIF.DOC file


This program consists of two modules. The first on, VGACAP, is a
TSR (memory resident program) which captures the 320x200x256 (mode
13H) screen and palette to a disk file. The second module,
SCR2GIF.EXE, converts this file into a .GIF file, which can be
displayed with programs like PICEM by or VGAGIF by . The reason
for the split modules is to keep the size of the memory resident
program small. This prevents competition for memory space with
your graphics editor of display program. Some of these programs
tend to be memory hogs when displaying mode 13H. The VGACAP uses
only 2k of memory. This should not interfere with memory usage very
much.

To install the capture program, simply type VGACAP. It will check
your video adapter, and install itself if it finds a compatible
adapter. Otherwise it simply aborts. In order to invoke it,
display the image you want to capture. Then press ALT and C at the
same time. After a few seconds of disk activity, a BEEP will sound
to indicate a successful capture. VGACAP will check video modes
to see of 320x200x256 mode is active. If not, it will exit without
capture.

It is recommended you rename the files to something descriptive
when you return to DOS unless you are going to convert them
immediately.

The SCR2GIF file is very simple to use. At the DOS prompt, you can
type:

Don't type the. In any case, the program will request whatever
information it requires. If the output file exists already, you
will be asked if you want to overwrite it.
We may provide a similar package for other screen modes if people
are interested and if no one else provides one first. If you like
the program or find it useful, you don't have to send money,
although it might be nice. But at least write and let us know you
like it, don't like it, and let us know we did something usefull.