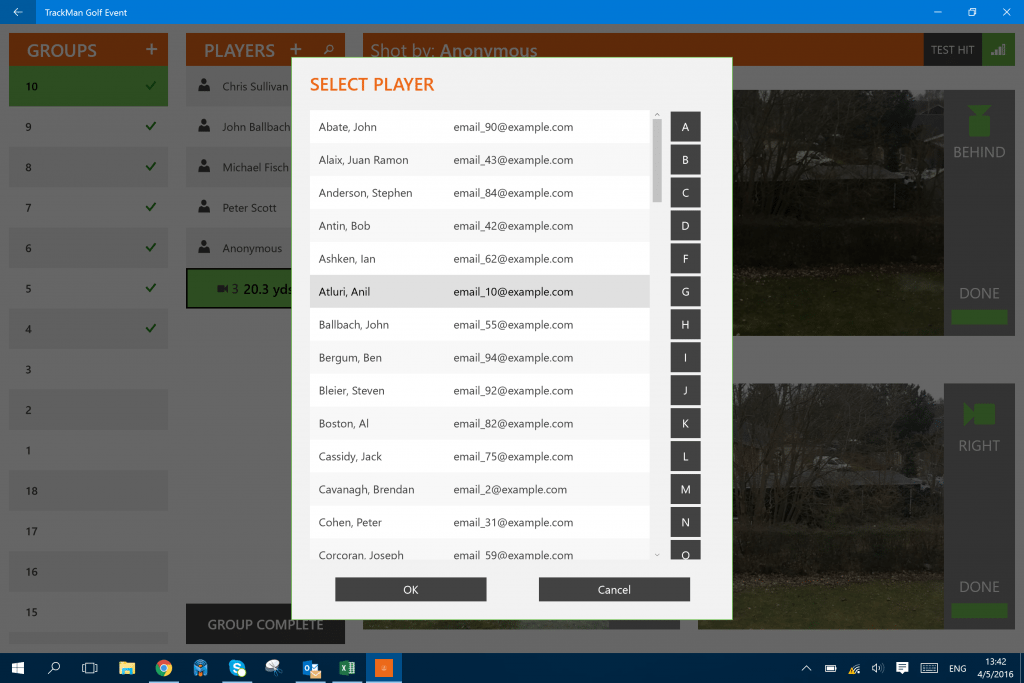 Contents of the SCRN.DOC file

The files in this archive are made available for the use of the PC
community. The only restriction is that they may not be used, except
by the authors or those with the authors' written permission, for
profit. They may be distributed freely. Groups distributing public
domain, freeware, shareware, etc at cost, may charge a reasonable
cost of duplication and distribution fee for a disk including this
archive. The rights to SM and R are reserved by the author.

The files in this archive for a set of files which aid in utilizing
43 lines (EGA) or 50 lines (VGA) per screen. They consist of three
units: NANSI, SM.COM, and R.COM. MASM source files are included for
SM.COM and R.COM. For NANSI, a difference file indicating the changes
to the source file found on IBMSW, DL 1 as NANSRC.ARC. The revised
sources were not included both to save space and on the advise of
a sysop who responded to my request to the author for permission to
upload. To the best of my knowledge NANSI is in the public domain, but
I have not been able to contact the author.

NANSI.SYS a revised version of NANSI which is, in turn, a revision
of ANSI.SYS. 8088, etc, version.

NANSI286.SYS Same as NANSI.SYS except utilitizes some of the 80286
enhanced real mode instructions for speed.

SM.COM A command line utility for changing the lines/screen.
Useful in a batch file to enquire the current status.

R.COM A utility to run a program that must run with 25 lines
per screen. It saves and restores the number of lines
currently in use before running the program.

The two programs described below require a new version of ANSI.SYS
to run properly. It is possible that no ANSI.SYS in the system would
also work. However, ANSI.SYS and many of its varients control the
scroll of stdout at the expected 25 lines per screen. Some permit
43 line modes IFF you use a special request to the driver. I have
supplied two versions of NANSI.SYS which supports all of the standard
ANSI.SYS functions and works at higher speed. They also check the
BIOS area for the number of lines/screen rather than make any assumptions.

NANSI.SYS and both programs below assume that the BIOS data area is
setup according to the EGA and VGA specifications. There are rumors
I've heard that some TSR's and drivers, including FANSI-CONSOLE it is
reported, may cause the BIOS data area to be different and these programs
will probably fail. If there are any drivers other than NANSI supplied
with the programs or TSR programs that in some fashion augment the
screen operation, it is possible that there will be a failure. The
only way to know is to test them. So far they have run with SideKick
Plus, Periscope II debugger, Turbo and MS compilers, and Brief and
MS Editors.

Purpose: To adjust EGA or VGA card to 43/50 rows or back to 25 rows or
to check which mode it is in. Does this without clearing the
screen. Preserves as many lines currently displayed as possible.

2. If n is present and is a number greater than 25, the screen will be
set into whatever mode uses 8 scanlines per character. For EGA, this
is 43 lines. For VGA, 50 lines. No change is made if this is already
the case. The return code (ERROR_LEVEL) will be 0 if no change was
needed, else 1.

4. A return code of 255 is returned if there is a bad argument or if
the interface is not an EGA or VGA.

Purpose: To run a program when the screen is in 43/50 line mode and the
program must run in 25 lines mode. R will switch the screen, run
the program, and restore the screen. It also works fine if the
screen is already in 25 line mode.