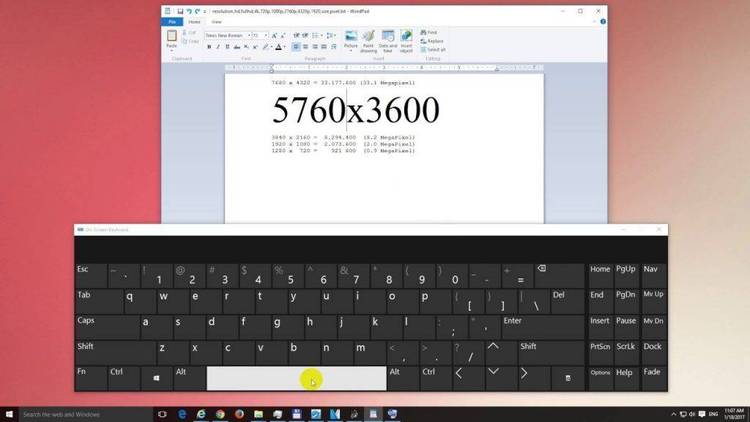 Contents of the CCUR.DOC file

COPYRIGHT: (c) 1988 by Thomas A. Lundin
All Rights Reserved

This revision of the program and documentation supercedes all
prior versions.

DESCRIPTION: CCUR places a movable cursor on a static screen display and
lets your fingers do the walking while the cursor does the
counting. The counter can be toggled on or off and initialized
to zero or one anywhere on the screen, giving you a quick count
of the characters spanning two points.

BACKGROUND: In the course of my involvement in media conversion services --
for example, taking a 9-track magnetic tape and transferring
the data onto an IBM PC floppy -- I am often given a data base
file of some kind to be processed from a fixed-length format to
comma-delimited SDF or some such type. Usually, these files
are not accompanied by any record layout, and I previously had
resorted to calling up a portion of the file using the TYPE
command (or some screen editor) and manually counting
characters to establish the layout. Accuracy is critical, so
I'd usually go through this counting procedure at least twice
until I was satisfied that the field lengths I'd come up with
were correct. The public domain program RULER.COM had been a
big help in giving me a visual point of reference on the screen
when counting across large voids of blank spaces, so, taking
the idea behind RULER a step further, I wrote CCUR, the
Counting Cursor program.

OPERATION: The command line invocation is:

The current display is left as-is, but a status line is
displayed on line 25 of the screen. A block cursor is
positioned at the same screen position used by the suspended
application.

MEMORY RESIDENT NOTES:
Use the ALT-R combination to invoke the program at any time.

If you press ALT-R a second time, CCUR will terminate and pass
the ALT-R through to the suspended program. This allows any
program which normally needs the ALT-R combination to still
have use of that key.

To remove CCUR from memory, you must reboot your computer. If
you attempt to load CCUR into memory more than once, an
"already resident" message will appear.

F1 - Help key
A pop-up menu will appear at the top of the screen showing
a list of available commands and the current date and
time. Press any key to remove the menu and continue where
you left off. Pressing a command key from the help menu
will execute that command immediately.

Arrow Keys
These keys operate as you would expect them to.

HOME key
Places the cursor at the start of the current row, updates
the counter accordingly.

END key
Places the cursor at the end of the current row, updates
the counter accordingly.

5 key (num pad shift 5)
Places the cursor in the middle of the display area,
updates the counter accordingly.

Gray (-) key
Allows input of a numeric value to be subtracted from the
current cursor location. The cursor is positioned
backward the number of characters specified by the value,
and the counter is updated. If the value would cause the
cursor to be displayed past the HOME position, the
operation is ignored.

Gray (+) key
Allows input of a numeric value to be added to the current
cursor location. The cursor is positioned forward the
number of characters specified by the value, and the
counter is updated. If the value would cause the cursor
to be displayed past the END position, the operation is
ignored.

'0' (zero)
Causes the base counter and coordinate values to begin at
zero. This command is provided for notational
convenience, as you might be accustomed to counting
your widths and coordinates from zero.

'1' (one)
Causes the base counter and coordinate values to begin at
one. This command is provided for notational convenience,
as you might be accustomed to counting your widths and
coordinates from one.

'M'ode change
Toggles the recording mode between Width and
Coordinate. Width mode is used for recording the
distance between two points on the screen, for
example, to calculate data base field widths.
Coordinate mode is used to capture the current X,Y
screen position for reference in, say, a forms
generator program.

'PrtSc' (unshifted PrtSc)
The current screen image will be sent to the printer or to
a disk file. If no file name is provided at the prompt,
the printer is used. Each saved screen line is terminated
by a carriage return/line feed combination and trailing
blanks at the end of screen lines are removed. This Print
Screen routine is much faster than the one provided by
DOS.

'B'lank screen
Causes the screen to go completely blank until another
keystroke is depressed. That keystroke restores the
screen to its pre-CCUR state. (Screen blanking is
intended for use in text mode only.)

ESC key or 'Q'uit
Exits back to DOS in the stand-alone version or exits
back to the suspended application in the
memory-resident version. If the Wrt command was used,
you will have the option of writing the recorded widths
or coordinates to a disk file before exiting. If you
don't write them out, the list of values will be kept
in memory indefinitely, and can be added to. If you
choose to flush the recorded values, but provide no
file name at the prompt, the printer is automatically
chosen. Printed width values are separated by a comma.
Each printed coordinate pair is separated by a comma
and terminated with a carriage return/line feed.

NOTES: CCUR was written in Lattice C 3.1 on a Leading Edge Model D.
Character string video I/O routines were adapted for use
from JCLIB.C by Dr. Jim Conn. The low-level TSR functions
were provided by John Riley of Lattice Inc. and were
modified for improved environmental stability and keyboard
interrupt usage.

ANOMALIES: If CCUR is invoked while a DOS call is in process, the
system may hang upon return to the suspended program.
Fortunately, most editing and list programs are immune to
this condition. (It seems to be a bug in some versions of
DOS, because on some systems, the problem never occurs.) The
workaround for this problem is to call CCUR in non-resident
mode. On the Blue Chip PC, rebooting may not reset the
interrupt vector I use for determining preload, and so you
may get the "already installed" message even though it's
NOT. The workaround is to turn the machine off and on
instead of rebooting. This also may be a DOS
version-dependent problem.

DISCLAIMER: This program is provided as-is. It has been tested on a
dozen different PC Clones from XT to 386 models and has been
found to be stable on these machines even when running other
TSR programs, and yet: It may not do what you want it to do,
and it may not work on your particular system. IN USING THIS
PROGRAM, YOU ASSUME ALL RISK OF DAMAGE AND LOSS.

LICENSE: You may copy this program all you want. Share it. Upload it.
Use it. Don't charge any money for its distribution or use,
unless a portion of what you charge is contributed to me.
Also, don't integrate this program with any other program or
commercial service and try to claim it's your property; that's
unethical and dishonorable.

BEG: If you find this program to be of value, contributions in
any amount ($10 suggested, please make payable to Thomas A.
Lundin) will be gratefully accepted. If you choose not to
contribute, at least upload this program in its ARCed
version to as many BBSes as you can log onto.

Contributors who donate $25 will receive the source code to
the program.


You can also reach me at my BBS home base:

Thank you for using CCUR.