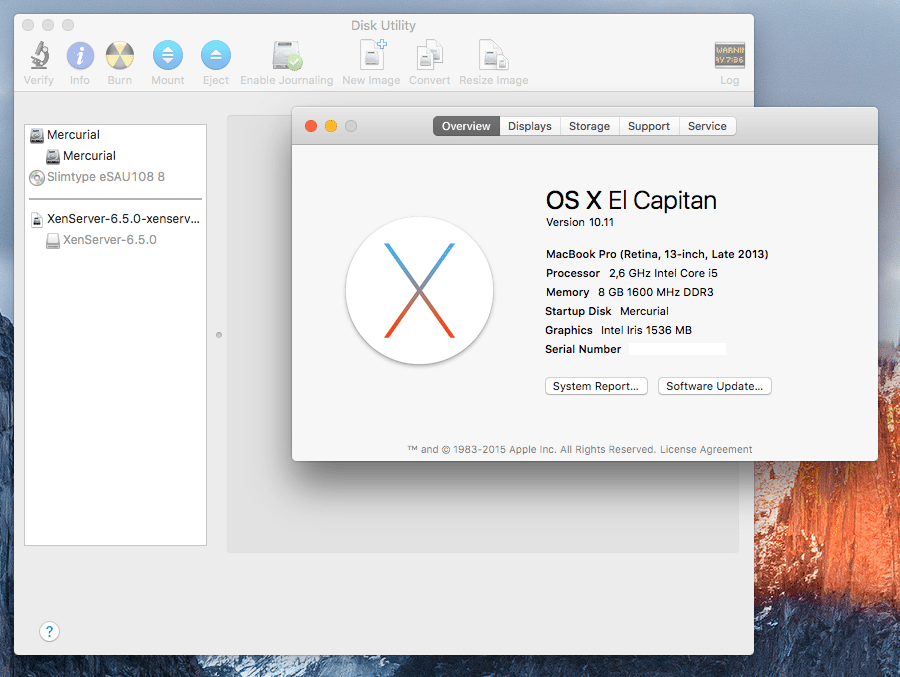 Contents of the BACKSCRL.DOC file

A Bi-directional Scrolling Utility for
the IBM Personal Computer

Copyright (c) 1983 by The Kampro Group. All rights reserved.

Back Scroll!, a product of The Kampro Group, is currently
distributed as User Supported Software. With a few restrictions,
this allows Back Scroll!, although copyrighted, to be freely copied
and distributed.

First, this product must be copied and distributed as a
complete package. This includes both the Back Scroll! program
(BACKSCRL.COM) and this documentation file (BACKSCRL.DOC).

Second, Back Scroll! is copyrighted and may not be distributed
if altered or modified in any way.

Third, no fee is to be charged for copying or distributing
Back Scroll! without the written permission of The Kampro Group.

In short, Back Scroll! may be copied and distributed to
anyone who wishes it as long as it is a complete unmodified
package including the program and documentation and no fee is
charged. In turn, The Kampro Group is requesting a small
contribution. About $20.00 is suggested but please contribute
whatever you feel Back Scroll! is worth. Your contributions will
help offset development costs by The Kampro Group and thus assure
future updates and products. Also, registered users of Back Scroll
will be placed on a mailing list for future notification. Even if
you don't feel that Back Scroll! merits a contribution, please
continue to copy and share this program with others.

The Kampro Group welcomes any ideas and suggestions for future
versions and will appreciate any comments regarding Back Scroll! or
any of its software.

Back Scroll! is a bi-directional scrolling utility.
Once activated, Back Scroll! will buffer the screen scrolling
so that the user may recall, with a few simple keystrokes, data
that has previously been scrolled off the screen . The user
may either scroll by line or by page through Back Scroll!'s
buffer. In addition, Back Scroll!'s printer commands allow the
user to select and print any data that is currently in the buffer.

When Back Scroll! is loaded, it becomes an extension to DOS
and from then on will be transparent to the user and most programs.
The activation of Back Scroll!, once loaded, can be done at any
time without any danger to the current operation. When entering
and exiting Back Scroll!, the current display screen will be
saved and restored so that the user may continue without any
interference.

Note: Back Scroll! will only support the eighty column text display
mode of either the color or monochrome display card. Unpredictable
results may occur when Back Scroll! is toggled while in either the
forty column mode or in any graphics mode.

When using Back Scroll!, one must remember that since the
screen scrolling must be buffered in memory, a certain amount
must be set aside for it. Specifically, Back Scroll! when loaded
and running, requires approximately 6700 bytes of memory. Another
2000 bytes are needed per screen of buffer. It is the screen
buffer memory that will take the most memory and if you are not
careful, may cause some problems in systems with minimal memory.
The maximum number of screens is set at 28 or about 56000 bytes.
Back Scroll! will default to 4 screens, or 8000 bytes, plus 6700
more for the program itself for a total overhead of about 14700
bytes.

The installation of Back Scroll! is simple in that the program
only needs to be copied onto a working disk. Once installed the
program is called as follows:


Where "Parm1" may be substituted with a number between 1 and 28
to specify the number of screen pages. Remember, Back Scroll! will
take up between 8000 and 58000 bytes of system memory depending on
the amount chosen. Again, the default is set at 4 screen pages or
about 14700 bytes of memory.

"parm2" may be substituted with a number between 1 and 25 and
will specify the numbers of lines Back Scroll! will page up and down
through its buffer. The default is set at 25 lines or a full screen
but you may wish to change it.

The operation of Back Scroll! is easy and can be done in a
few simple steps.

First, Back Scroll! must be called with the proper parameters.
This can be done by entering this command at the DOS prompt:

And depressing the return key.

If no parameters are given, Back Scroll! will create a 4 screen
buffer with a 25 line page up and page down rate. The size of
Back Scroll! will be about 14700 bytes long but may be changed as
noted in the installation section by simply specifying the parameters.

Once Back Scroll! is loaded, you will be returned to the DOS prompt.
Except for a reduction in system memory, you may then continue using
your computer normally.

Second, now that Back Scroll! is an extension of DOS, it may be
called up while in any program. The commands for doing this are
as follows:

Control + Space Bar: These two keys are used to toggle into Back Scroll!.
To avoid interfering with the current program,
the keyboard will respond normally until these
keys are pressed. Once in Back Scroll!, The current
operation is suspended and the display screen is
saved.

Control + Return: Pressing these two keys simultaneously will
"take a picture" of the current screen.
This can be done at any time and will move the
entire screen into the buffer and then return the
user to the current task.

The following keys must be used after the "Control + Space Bar"
sequence:

Home: This key will move the cursor up one line in the
buffer. If the cursor is at the top of the screen,
the screen will be scrolled down one row and the
top line displayed on the screen from the buffer.

End: This is the opposite of the above key. The cursor is
moved down or the screen is scroll up then a line
from the buffer displayed.

Cursor Up: This is used to scroll up the buffer. The screen
will be scrolled while leaving the cursor in its
current position on the screen.

Cursor Down: Same as the above command except that the buffer
is scrolled down.

Page Up: This key will allow the buffer to be scrolled
up at between 1 and 25 lines at a time. The
actual number of lines is selected when Back
Scroll! is loaded.

Page Down: Same as the above key except that the buffer is
"paged" down instead.

Minus (-): This is the grey minus key on the right side of the
keyboard. After positioning the cursor, pressing
this key will mark the beginning of the buffer to
be printed.

Plus (+): This is the grey plus key on the right side of the
keyboard. Pressing this key marks the end of the
buffer to be printed at the current cursor position.

PrtSc: This will cause the marked buffer to be printed
to line printer 1. This command can be aborted
at any time by hitting any key.

Space Bar Either of these keys will exit Back Scroll!. The
or Return: currently saved screen is restored and the
suspended operation is continued. Once out of
Back Scroll!, it can be easily called up at
anytime again by using the "Control + Space Bar"
sequence.

While using Back Scroll!, a number will appear in the upper
right corner of the screen. This is a counter and it starts from
the last line that was saved into the buffer. This number will
change as the user moves around the buffer and serves as a guide
to the current location.

Back Scroll! customization notes are available to any who wishes
by sending a self addressed stamped envelope to The Kampro Group.
With these notes, the keys used to enter and exit Back Scroll! can be
modified to any combination of Control, Alternate, or Shift key
sequences. This may in some cases make Back Scroll! easier to use.

These notes also allow other defaults to be changed such as the
printer port, type of screen paging (fast or slow), beginning cursor
position, speed of scrolling, as well as the default buffer and
paging size. A "Do First" command may also be invoked which will allow
a keyboard input to be automatically done upon entering Back Scroll!.
This command, for example, can be set to automatically do a page down
whenever Back Scroll! is entered.

To avoid disk drive errors, activation of Back Scroll! during
disk operations is not recommended.

Back Scroll! will be erased whenever a "Control Alt Delete"
sequence is done. It is recommended that Back Scroll! be put in an
autoexecute batch file so that it may be activated at any time
the system is running. Back Scroll! should be the first program
called from the autoexec batch file.

Back Scroll! is especially useful with communications packages.
It successfully overcomes the limitation of the 25 line screen and
will allow the user to review large amounts of data easily although
still at only 25 lines at a time.

While in basic, Back Scroll! will automatically save the entire
screen into the buffer whenever a clear screen command (CLS) is given.
This is especially useful with programs that do not scroll but clear
the screen instead as the preceding screen displays can easily be
recalled.

When using a spread sheet or word processor that does not scroll
or clear the screen, Back Scroll! may be used to "take pictures"
of important data that can be recalled almost instantly for quick
reference. This can be done at any time with the "Control Return"
sequence.

Remember, Back Scroll! has the ability to mark and print any
data that is already in its buffer. This is useful if you wish
to print just parts of a screen or more that one screen of data.

Since Back Scroll! can be toggled into at any time, this in
turn will pause the execution of any program at any point. This
can be useful in many cases such as during rapid screen output.

If Back Scroll! happens to conflict with a program, the
customization notes mentioned above may resolve the problem if it
is due to either the keyboard or video section. The Kampro Group
is open to suggestions and would like to know of any incompatibilities
with software so that it can be worked out in future versions.

Back Scroll! is being distributed without warranty on an
"as is" basis. The Kampro Group and/or any of its authors shall
not be held liable for any loss or damage caused directly or
indirectly by this program or any program by The Kampro Group.