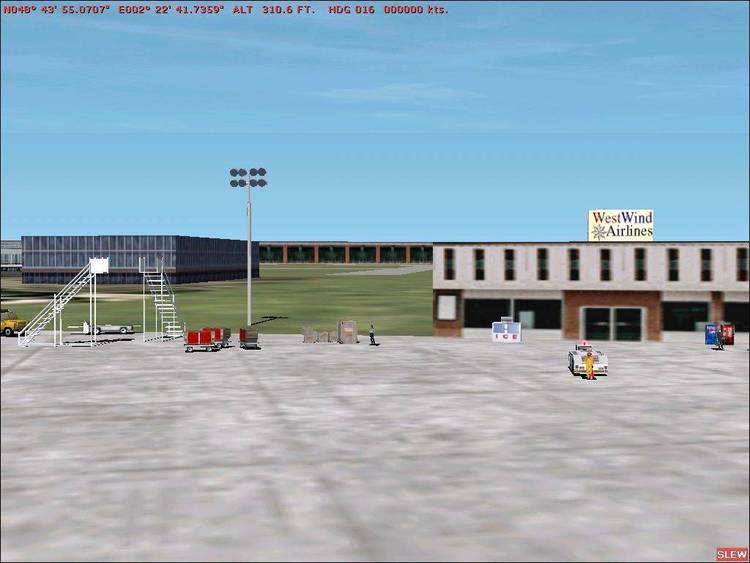 Contents of the SYDNEY1.DOC file

Other features: Sydney shore line and harbour from Stanwell Park to Newport.
The Blue Mountains. 2FC broadcasting tower which is an inbound reporting point for
Bankstown on 576 KHz. Warrick farm race course (the light green
splodge) which is a reporting point once inside BK control
zone.

About this release:
The release is intended to introduce FS4 pilots to the Sydney, Australia.
Apart from the bugs discussed below, all airports, distances and objects
are accurate and designed to scale.

BUGS: - The Blue Mountains to Sydney's west are not show as the AS&D allows you
to draw the mountains but once saved they will not display. A bug in
the AS&D.
- All headings are advanced by 30 degrees clockwise. This is a real
problem since the ILS and VOR's will guide you on an incorrect track.
During the course of design, the heading slowly drifted out. The first
object to be laid in the design was RWY 16 at MASCOT. This runway was
perfectlt aligned to its actual heading of 156 degrees. Once the
design work was completed it was found that the runway now faced
199 degrees. A bug in the AS&D.

Release V1.1a:
- Roads, piplines, rivers and more VFR landmarks
- The heading problem should be corrected. It may mean starting again!
- More city buildings including Centerpoint Tower
- Kernel Oil refinery Tanks
- Richmond and Schofields airports
- The Blue Moutains Completed once the bug is worked out.
- Taxi ways and hangars for Bankstown
- The completion of the domestic terminals at Sydney International
- NDB and LOCATOR for Sydney International