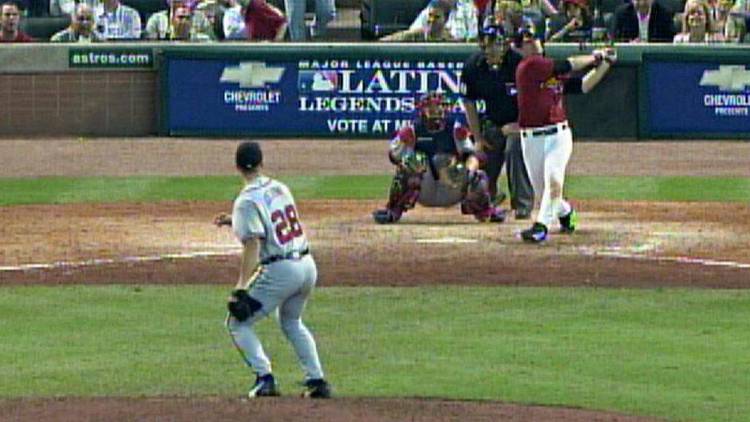 Contents of the SOFTBALL.DOC file

This program was developed to aid in the tracking of batting averages
and on base percentages for our intramural softball teams. It is menu
driven and will track up to fifty players per team and as many teams as you have disk space for. By changing the file name at startup, you can track
as many teams as you want. It has been released into the public domain as
FREEWARE. Please pass it on to anyone it may be of use to. IT MAY NOT BE
SOLD except to recover disk copying costs. If anyone is to make a buck for
this program it should be me.

When the program starts, it asks for a current or new file name. If you
have previously used the program, the last filename used is stored in a
small file named sb.pck. If this file exists, SOFTBALL will read this file and present it to either be used or changed. Team names are a good file
name if you are tracking many teams - such as TIGERS.90 or METS90.DAT. Its up to you. The program will search for the requested file, and if found,
will display the last date the file was updated in case you're like me and
don't update databases regularly.

The opening screen contains the menu as follows

F4 - Print File : Gives option for graphic character (IBM)
printer output and sends output to LPT1.
Printing is geared for an EPSON compatible
printer. This is the only type the program
has been tested on. Some compatibles have a
hard time with the TABS used to format the
output but I couldn't tell you which ones.

F6 - Add Game Stats : Accepts player number and accepts statistics
from the last game or series of games. This
function will add these statistics to the
old statistics automatically.

F8 - Edit Player : Select which player from a team roster to
directly edit a player file.

This program is distributed AS IS without any warranty, expressed or
implied, including but not limited to fitness for a particular
purpose.

The program is distributed as is. I accept no responsibility for its
use or misuse. Your on your own. Have a nice day!

Mouseable menus and scrolling.
Print out a lineup in batting order.