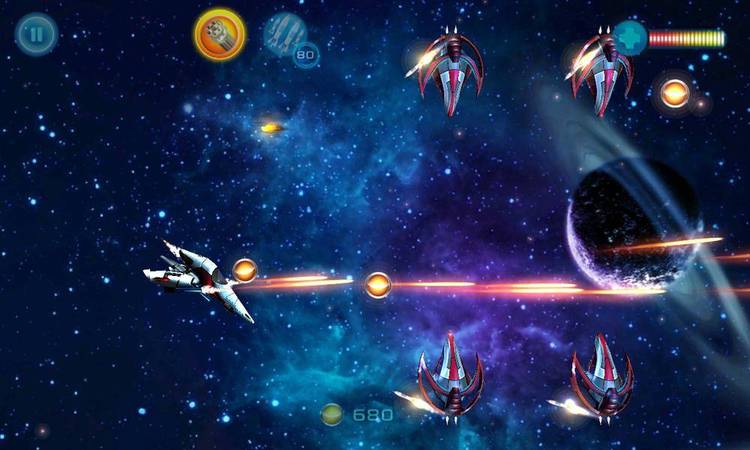 Contents of the SC.DOC file


When the first Galactic Conflict was over and the dead
buried, The Grand Admiral and his victorious fleet controlled
the known Galaxy. All enemy formations of effective
military capacity were dispersed or destroyed. Unopposed,
The Admiral assumed governmental control and established
himself as Emperor.

Under the Pax Imperium, trade exploded between the
stars of the Galaxy. Technological and cultural exchanges
spread science, medicine,and economic riches widely. By A.I.
33, fifty solar systems were classed "highly industrialized",
and a hundred more were "industrialized". Healing the scars
of war, planets were rebuilt into comfortable paradises where
science and art could flourish. "Hail the Imperium" was the
call of the day.

Inevitably, social and political systems evolved to create
circles and barriers around the throne. As late as A.I. 35,
common citizens could still petition the Emperor. After the
death of the First Emperorin A.I. 36 , however, all of this
rapidly changed. Emperor Yarbrous, crowned in A.I. 37
after the mysterious death of his elder sibling, immediately
decreed laws restricting the rights and voice of the common
man. Only the wealthy and influential could run for
Imperial office. Bribery became the official method of
procuring assistance from civil servants. A brief public
uprising was quelled by force. In response to public
denunciation of his policies, Yarbrous gave the Imperial
Police direct control of local law enforcement agencies.
Historians mark 39 A.I. as the start of the Age of Repression.

After the assassination of Yarbrous in A.I. 43, four
Emperors held and lost the throne before Selenius ascended in
A.I. 51. Selenius ruledfor ten years, and rescinded many
of Yarbrous' (and his "successors") laws. Relative stability
marked the rule of Selenius. One change fosteredby Selenius
was the creation of individual System-controlled military
forces, meant to be a counterbalance to the Imperial Navy
should a


despotic Yarbrous ascend again in the future.
Overshadowing his enlightened rule, these navies would prove
the most lasting legacy of the Emperor Selenius.

Selenius died abruptly in 61 A.I. without an heir,
spawning another chaotic battle for ascension. In A.I. 63,
with systems at the brink of civil war, compromise between
three major factions in the House of Peers placed Magnor on the
throne. Weakly held together, the Imperium was at a low boil
during the following decade. In A.I. 73, Imperial Admiral
Galbraith declared himself Governal-General in the Altair
sector, placing his fleet along the Imperial border to thwart
reunification attempts. A combined Imperial fleet was sent to
smash Galbraith. Galbraith himself was killed in the action,
but several of his Admirals escaped with their fleets.
Systems that had supported Galbraith declared themselves
neutral, free of Imperial or Altarian control. The Combined
Imperial fleet, heavily battered, was forced to withdraw to
the Imperium. The Altarian sector became an independent,
fractious federation of warlords with loose ties to the
Imperium.

The coalition supporting the Emperor was unable to reach a
compromise on the Altairian situation. Each faction saw a
chance to seize the area for itself, and flooded the sector
with agents, money, and arms. The Emperor was almost
powerless to raise the large fleets needed to bring Altair back
into the Imperium. In A.I. 75, The Second Galactic Conflict
began.

There are five types of mobile units in Second Conflict.
These are WarShips, StealthShips, TroopShips, Troops, and
Missiles.

WarShips are naval vessels designed to destroy other
vessels, one each turn. WarShips cost one point to build.
StealthShips cost three times as much, but make undetectable
Scouts and always fire first when they attack. StealthShips
represent your offensive punch. TroopShips are units designed
to transport armed men into combat, and also cost three points
to build. They are typically escorted by large fleets of WarShips.
Each TroopShip can carry fifty troops. Troops represent the men
and machines needed to wage ground warfare. Only Troops can
capture planets, although WarShips can bombard from Space.
Missiles are high-speed intelligent guided missiles that are
expended after one flight. They attempt to target enemy defenses
and production capacity.

In addition to the mobile units, you can also build Defenses
within a star system. Defenses destroy two incoming WarShips
each combat phase, and fire before everything except attacking
StealthShips.


their name. There are 26 stars in the Altair Sector, each
having up to ten planets. Star systems have a production value
that is used to build either military units or more production
capacity. These facilities represent asteroid mines, low-
gee workshops and living quarters, large orbiting construction
docks, and other non-planet based industrial capacity.
Factories cost 5 points for each current production point, I.E.
if your system is producing 5, it will cost 25 points to
build the 6th Factory.


Fleet combat only occurs in star systems, and does not
automatically give control of any planets. Troops may be
loaded onto TroopShips that are orbiting in the same system.

Each star system may have up to ten planets. Planets also
have production values, which are used to produce Troops.
Control of a system does not give control of the planets
therein, they are completely separate entities. Planets must
be invaded with troops before you control them.

Every star and planet has a morale rating, which is
based on your current standing. This game factor is probably
the most important of all. Morale is added to the
production value to determine an "actual" production. It also
affects the amount of garrison you need to keep on a planet or
in a system. Normal morale is 1, maximum morale is 5. Morale
changes with your score, or by random events. Civil war or
system revolt will occur at a morale level below -4.

You must keep a garrison of ships in a system and troops
on each planet to keep your subjects orderly. The required
garrison is three times production, plus three times the inverse
of your morale. This means you need a larger garrison if morale
is bad, and a smaller one when morale is high. For planets, the
Load All command will leave a sufficient garrison. If you
load manually, you are on your own. Garrisoning systems is
up to you. When you have insufficient garrisons, morale will
drop until you reach the revolt level. Note that if random
events are enabled, an event may strike a planet that has a
minimum garrison and cause serious problems.

Production occurs at two levels; in Systems and on
Planets. Production is expressed as a point value. A star
or planet's current Morale rating is added to it's
production value when calculating production points. Star


systems can be instructed to either produce military units
or invest in more Factories to increase production capacity.
If you have leftover points while building units or Factories,
they will be held in that system until the next production
phase. Planets, on the other hand, can only build one type
of military unit: Troops.

Your score is based on the number of stars, planets,
and Factories you have, and the amount of military equipment you
own. Since uniting the Altair Sector is your goal, the scoring is
weighted so that territory accounts for approximately half of your
score.

The maximum morale you can attain (barring random events, if
enabled) is based on your score. These are the weights:

Privateers are planet-based raiders and saboteurs that
appear in systems you don't fully control. Any time there
are enemy-controlled planets in a star system you own,
privateers will appear. Privateers destroy WarShips in an
attempt to lower system morale. The only way to guard against
Privateers is to secure all planets in a star system as soon
as possible. The damage that Privateers do is based on the
number of WarShips you have in the system, and the number of
unsecured planets there. The more of either, the more damage
you can expect.

Scouts are WarShips or StealthShips that have been
stripped of armament to increase their speed.Whenever you
request a Scout mission, one StealthShip or WarShip will be
adapted and dispatched to collect intelligence data on an enemy
star system. When the scout returns, it is restored to
full military capability.

When you launch a fleet towards an enemy-held system,
you will be asked what mission the fleet is to perform.
Currently, there are three missions a fleet may perform in an
enemy system: CONQUEST, PROBE, and RESOURCE RAID. Conquest
is a fight-to-the-death mission of destruction. It's purpose
is to occupy and assume control of the enemy system. A Probe
mission's main purpose is attrition. One combat pass will be made,
then the fleet will return to it's place of origin. No attempt
will be made to occupy the system, even if all enemy forces are
destroyed. Resource Raids are similar to Probe missions in that
one round of combat must be performed. Surviving ships then
pack up some resources and board some enemy vessels before
flying back to the system of origin. It's recommend to send
some transports on this type of mission....


The shareware release, SC270.ZIP, should contain the following files:


If your copy has different contents, you can always get a fresh and
pristine copy from the Battlefield BBS, (718) 225-9083.

NOTE: If you have old game save files, you MUST run CONV270.EXE
for them to work with version 2.70 or greater!

To begin enjoying Second Conflict, simply type SC and hit
enter at the DOS prompt. Optionally, you can type SC