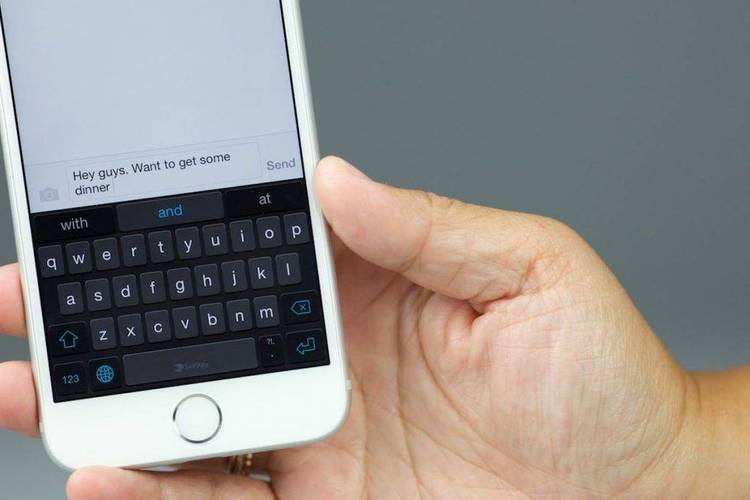 Contents of the QUICTYPE.DOC file

Quictype is the perfect game for polishing your touch typing skills.
This program will work in CGA, EGA, VGA, or Hercules graphics capable
systems, thanks to Turbo C's BGI (Borland graphics interface) library.
The user may specify the graphics mode, and optionally the practice
text file for typing.

When run, Quictype defaults to the highest resolution of your
system and uses the practice file QUICTYPE.DAT, if no parameters are
passed from the command line. The optional command line format is as
follows:

The modes are 1 for CGA, 2 for EGA or VGA, and 3 for hercules. If you
have a dual display system, both monochrome and color, you may specify
QUICTYPE 3 to practice typing on the hercules display. If you wish to
specify the pratcice typing filename, the mode must be specified on
the command line as well:

The practice file is a simple ASCII text file, up to 40 lines of 80 column
text. Any line that begins with a semicolon (;) is treated as a comment
and ignored by QUICTYPE, as it processes the practice file. This allows
you to place comments in your file such as ";Spelling lesson #1 from
chapter 4" or ";Q and X intensive practice file".

Quictype presents a menu with four options. Options 1 through 3
select increasing levels of typing speed, and option 4 quits to the
DOS prompt. If you have a very fast AT system, you may wish to select
a slower game play mode, even if you are a fast typist. Regardless of
what game playing speed you choose, your word per minute (WPM) typing
speed ratings are always accurate.

Once a typing speed has been selected, the game play screen is
presented as a field of twinkling stars. The first sentence is
selected and immediately begins smooth scrolling down the display.
There is a dividing line, below which your typing cursor appears, at
the bottom of the display. You must successfully type the sentence
before it reaches this dividing line. If it reaches bottom, every
character not typed is counted as a typing error.

As you type the sentence, your input appears at the bottom of the
screen. Typing errors are displayed, followed by a brief chirping
sound. The error is then immediately erased, at which point you can
retype the key correctly. This encourages correct typing the FIRST
TIME, disallowing the use of the backspace key for corrections. (A
good typist is measured by both speed and accuracy.)

When you have completed typing a sentence, several computations are
made and displayed at the top of the screen. The first display field,
called "Pct", is your typing accuracy, a percentage. If you made no
typing errors, it will read 100. The next field is "WPM Burst", the
speed, in words per minute, at which you typed that last sentence.
This field is followed by "WPM Ave", your average typing thus far in
the game. The last field is your "Best WPM", fastest Burst WPM in the
game thus far.

Sentences are thrown up on the dispaly one right after the other, as
each is typed completely. Quictype keeps track of your typing
mistakes and dynamically adjusts game play speed to match your typing
ability. A lot of typing mistakes will slow down the scrolling of the
sentences, minimizing the "pressure" of typing fast so you can
concentrate on typing correctly. For each sentence typed with no
errors, the game play speed increases slightly. Each time your Burst
WPM tops your Best WPM, the game speed will take a jump. When you are
on a roll, typing faster and faster each round, Quictype keeps
increasing the scrolling speed to continually challenge you.

Pressing the escape key any time during game play will stop it early
and prompt you to play another game or quit. When each game is
completed, Quictype reports several statistics to give more
information on your overall typing abilities. Your BEST WPM is
displayed once again. Total characters typed, followed by total
typing errors are shown, along with a typing quality percentage rating
for the entire game. This should be very near 100 percent, or you are
trying to type too fast. It is best to build up typing speed
gradually, maintaining a high level of typing quality at all times.
This information is followed by a list of up to ten of your most
frequent typing mistakes, sorted in descending order of occurence.
This immediately tells you which keys you are weakest on. A
distinction is made between upper and lower case characters as well,
which can indicate that you may know a key's location, but have
trouble typing it with the shift key depressed, for example. Each
erroneous character is enclosed in square brackets. If you see empty
brackets, this means you had trouble with the space bar (indicating
that you are probably trying to push too hard for speed again).

Quictype is a great program for touch typists who need to improve
their typing speed or zero in on typing accuracy. From the error
reports, you can see the problem keys. At this point you can create
different practice text files, which concentrate heavily on the those
problem areas. Practice files made up of spelling homework for your
children is another good use for Quictype.

Quictype is a copyrighted program, released as shareware. A suggested
contribution of $5 for the use of this program is requested.