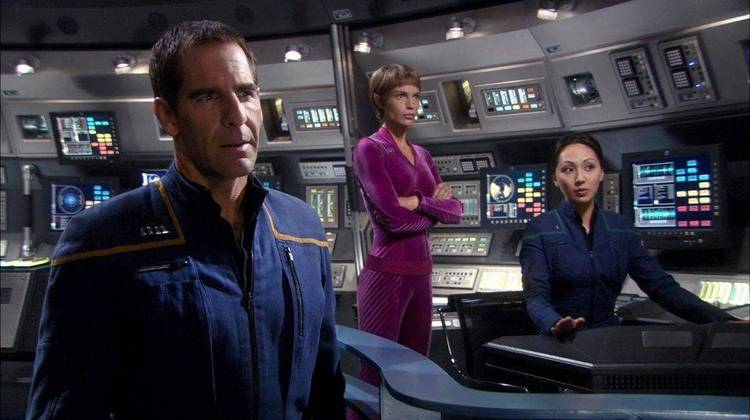 TREK has been in a constant state of change since the
initial public domain release of TREK 2.3. Many changes and
enhancements have been made, many in part based on player feed-back.
In the next few paragraphs, I will attempt to bring you up to date.


1. Number of active ships - Each player now can only control four
ships at once. Eight ships are very difficult to control and
easier to be picked off by the enemy ships.

2. Torpedo and phaser hits on base - In version 2.5, torpedoes and
phasers will only drain energy from the base, not the ships that
are docked at the base. This made very short games possible in
version 2.3 if your opponent left many ships at his base! Each
torpedo or phaser hit on the enemy base drains 5000 energy units
from the base.

3. Disabling of weapons - Weapons are now disabled if ship intersects
space hum, black holes, enemy ships, enemy base, and sufficient
damage by enemy weapons. This prevents an enemy ship from sitting
directly on your base and quickly draining all base energy.

4. Addition of handicap levels - To make the game fairer for players
with mismatched skill levels, there are now four levels of play.
The first level is Beginner, starting with 12 ships and more
base energy. Ships are put into play with 7500 energy units and
more inviso. Inviso lasts twice as long and hits are one-half
as much as higher levels. The second level, Novice, starts with
10 ships and more inviso. The third level, Normal, starts with
8 ships and the highest level, Expert, gets only 6 ships.

5. Phasers - There have been several significant changes in phasers.
First, phasers will now drain from all ships in it's path. It is
necessary now to avoid hitting your own ships! The amount of
energy is now exponential based on the distance and time since
firing. Aft phasers are about 50% more powerful.

6. Torpedoes - Enemy torpedoes still display red and react as
they did in version 2.3. Your torpedoes will not seek your
ships but if one hits another of your ships directly it will
explode and damage your ship as if it was an enemy ship. You
now have to avoid all torpedoes. Friendly torpedoes now display
yellow. It is possible to dodge one of your torpedoes by moving
to one side.

7. Ship movement - All ships now move about 75% as fast each frame
than they did in version 2.3. This makes the universe appear
slightly larger, since it takes more time to travel across it.

8. Warping - Each time you hit the warp command 10 warp times are
added to the warp meter just as in version 2.3. Now each frame
decrements 1 count and subtracts 100 units of energy instead of
50 units. Therefore, each time you hit the "W" key, you will
be draining 1000 units of energy over a period of time. Warp
does not work now once your total energy drops below 2000 units.
If you are docked and hit "W", your ship will leave your base at
Warp 2.

9. Orbits of planets - All planets in a star system now circle the
star properly. In version 2.3 the planets sometimes intersected
the star.

10. Multiple versions - There are now two separate versions of TREK.
The registered version named TR25.EXE is NOT public domain and
may not be distributed in any manner. It is serialized to one
individual and may only be used by that individual. The public
domain version is named PDTREK25.EXE and may be freely copied in
its original form. If you desire to upload this program to a
bulletin board, please send it in it's original PDTREK25.EXE form.
In several cases, version 2.3 was ARCed and corrupted in the
process. In one case it worked well enough for several people
to call me for support for a "bad" program. Neither program
will work if it is renamed or modified and the registered
version will only work in drive A:.

11. Planets - Fillup time at most planets is faster. Energy planets
now fill ship with 15,000 units. Experimental planets (X) now
randomly add another ship at your base. There is now only one Faery
Queen (Q) star per game. About 25% of the time after it is used, it
will move. All other planets are fixed.

12. Equalizer - A new computer controlled ship has been added.
This ship displays like a green rogue ship and can only be seen if
your ship has less than 3000 units of energy (and if you believe
in it!) It will seek ships that are in trouble (less than 3000
units of energy or massive damage) and bestow 50,000 units of
energy, 20 torpedoes, mine sweep, and repair all damage. This
makes it like a floating Q star.

13. Timed game - A new type of game is configurable. TREK 2.3 only
supported the long game. Version 2.5 adds the timed game. The time
limit is 30 minutes and the winner is the player with the most
energy accumulated within the time period. You will probably have
to use a different strategy in the timed game. If both ends of
a two-player game pick different types of the game, the default
will be the standard long (fight-to-the-death) game.

15. Terminal mode - A split screen is now built into the terminal
mode function. Before the game starts, you can "talk" terminal-to-
terminal. Your keys appear on the bottom of the screen as you
type and your opponent's keys appear on the top. In version
2.3, you could not display what you were typing.

I could probably continue listing changes for a few more
hours, but I will leave some things for you to discover on your
own. Again, encourage your friends to register. I am only asking

for $10.00 for a registered copy of the latest version. This
is not my livelyhood, but I did expect to receive more than
$100 for more than 1500 hours of work! Version 2.5 is now history
and I have already started adding enhancements for Version 2.6.
The response that I receive over the next few months will determine
whether I continue to place it in public domain.


To all of you that took the time to write a letter, you have my
sinceres