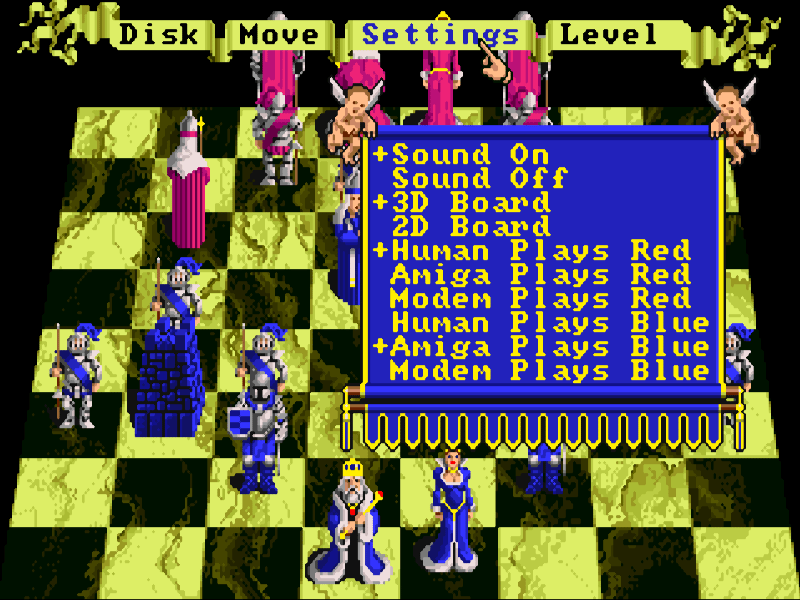 Contents of the PCCHESS.DOC file

Welcome to the world of telegaming. Telegaming transforms
the telephone network into your personal gaming arena.

PC-ARENA(TM) Chess is a complete telegaming chess system
from Mike & Jim Co. This system, when connected to a
companion system via the telephone lines, will play host
to an inter-computer chess match. Communications, player
prompting, scoring, move judging and board maintenance are
all managed by the gaming system.

The PC-ARENA(TM) series of telegaming systems requires a
minimum configuration of 96K memory, one disk drive, a
modem, PC-DOS, and a color or monochrome monitor.

PC-ARENA(TM) Chess play is governed by the International
Chess Federation Laws of Chess.

The gaming system validates all moves according to the
rules of chess, supports castling, piece promotion and en
passant capture.

White is granted the first move in each game. Using the
arrow keys, place the cursor over the piece to be moved.
Press function key F1 (Select) to pick up the piece.
Again using the arrow keys, move the piece over the square
to be moved to. Press F2 (Move) to execute the move or
press F3 (PutBak) to put the piece back where it was.

Play continues in this fashion until there is a draw,
checkmate or resignation.

To restart a previous game or 'fixup' the board, use the
function key F4 (Fixup) to place and remove pieces from
the board.

For white to
castle, pick
up the king
and move it
two spaces
either right
or left.

White's pawn
at K5 may
move to Q6 to
capture the
black pawn en
passant.


To promote
the white
pawn at Q8,
press the
letter which
corresponds
to the piece
desired when
the system
prompts you.

To begin, two players need to pre-arrange who will place
the phone call and who will answer. Execute program
PCCHESS.EXE. After the system loads, the banner page
will be displayed. From this page the player will be
prompted to specify the communications port to which his
modem is connected. Valid responses will be (1) for COM1:
or (2) for COM2:. The next prompt will ask for the baud
rate the modems will be using. The valid responses are
(3) for 300 baud and (1) for 1200 baud. Both players must
select the SAME baud rate.

Once the communications parameters have been established
you may key in the modem commands necessary to call or
answer the phone. For example, if you are using a modem
that is Hayes compatible you would key in ATDT(phone no.)
to dial the call or you would key in ATA to answer an
incoming call. If your modem is not Hayes compatible,
please consult your modem's documentation for dialing and
answering the phone.

The chess telegaming system is controlled from the
keyboard. There are three distinct set of keys: the
function, typewriter and numeric keys. Function keys
control the play of the game. Typewriter keys transmit
messages. The arrow keys on the numeric keypad are used
for moving chess pieces.
F U N C T I O N K E Y S


Mike & Jim encourage users to copy and distribute the
enclosed PC-ARENA(TM) telegames identified with the
'Shared' game I.D., under the following conditions:


1. Only unmodified copies bearing the 'Shared' game I.D.
may be distributed.

2. No fees or other considerations may be charged for
copying or distributing these programs without an
express written agreement with Mike & Jim Co.

3. These programs may not be distributed with any other
program, promotion or product without an express
written agreement with Mike & Jim Co.

Sign up as a Professional and receive both PC-ARENA(TM) Chess
and PC-ARENA(TM) Othello with your own unique game I.D., a
printed user manual, and a copy of each game you may share
with friends. All are contained in a handsome library case.

Sign up as a Player and receive both PC-ARENA(TM) Chess and
PC-ARENA(TM) Othello which use the 'Shared' game I.D. and may
be shared with friends. A document file containing
instructions for each game is included on the diskette.