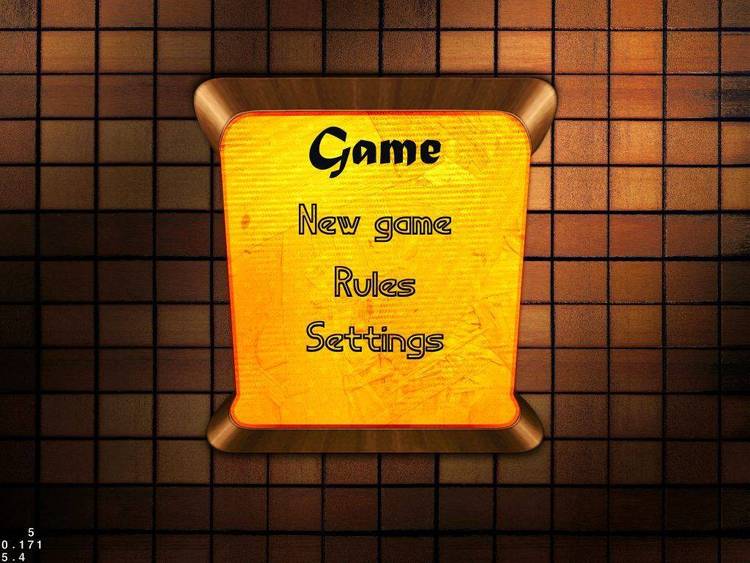 Contents of the PACHISI.DOC file

This program is released as SHAREWARE, and as such it is not
free. All I ask is this: If you try the program and enjoy it and would
like to support it and future inexpensive entertainment programs,
please send $5.00 to me at the address supplied on the opening screen.
You are free to give copies of this program to anyone you choose
as long as you do not modify the documentation or the program file, or
charge anyone anything beyond a reasonable copying fee.
Pachisi is provided as is, and includes no implied nor expressed
warranty of any kind. In no event shall the author be held liable for
incidental or consequential damages through the use or misuse of this
program and its associated files.


Pachisi is an ancient chase or race game, thought to be hundreds
of years old. There are many variations of Pachisi played around the
world today. The game presented here, to the best of my knowledge, is
played in and around India.
It is not necessary to read these directions to play the game.
However, if you get stuck with the game, it is my hope that these
directions will be helpful!

also will run on a monochrome EGA or VGA monitor capable of the above
resolutions, but YUCK!

PACHISI.DOC - You're reading me.
PACHISI.EXE - The program.
SMALL.FNT - This & next file are for special fonts AND they must be
LARGE.FNT in the same directory as PACHISI.EXE or Pachisi won't
work!

Two to four people may play. If two or three people play, the
computer will ask if you want the program to play the remaining
pieces. If only one person plays the computer will operate either one
or three programmed players. When only one person plays the game the
program will not let you play alone. What is the use of a one person
race/chase game?
When you start Pachisi from DOS, you'll see a title screen. Press
any key except ESC to continue. Next you'll be asked how many humans
are playing. Then you are asked to enter the names of the player(s).
If you want the human players to play in a certain order, enter
them in that order. You can't enter names for the program controlled
player(s) if any, they're pre-named Silicon, Silicon1, etc.
You may quit the game at any time by pressing the ESC key. You
are asked to confirm that you wish to quit so as to prevent an
accidental ESCape to DOS.

Each player tries to get all four of their pieces from the
starting position to the finish position in the center of the board.
Each players starting location is on a different "arm" of the board,
which looks like a cross. Each starting location is designated with a
black triangle, pointing in a clockwise direction around the board,
which shows the direction that the play travels.

The pieces are represented by solid circles in four different
colors, red, gray, white, magenta. One die is used to represent the
traditional six cowrie shells. The die is unusual because it has NO 1
and it has a 10 and 25.

After all the players names are entered the board is drawn. The
die will be near the first player and constantly changing, or
"rolling". To determine a roll press the SPACE bar or ENTER key. (The
die is drawn in four different locations and is always near the name
of the player whose turn it is.)
A player may enter a piece on the board with ANY number rolled on
the first turn. On subsequent turns you must roll a 6, 10, or 25, to
enter a piece on the board.
Whenever a player rolls a 6, 10, or 25, that player gets to roll
again. It is possible to get your pieces around the board very quickly
as long as you can stay lucky and keep rolling a 6, 10, or a 25.
Once you roll you'll see a yellow marker on your most advanced
moveable piece. The second half of this marker highlights where the
piece will move to. If you want to move a different piece, use the
cursor keys to highlight it. Once you have the highlight on the piece
you wish to move, press ENTER or SPACE to execute the move.
The program will display a message for all illegal moves and not
allow you to move illegally. A message box will pop up in the center
of the board telling you why you can't move a highlighted piece. If
there is no legal move when you "roll" the die, the message box will
simply say, "You can't move any piece!", instead of listing all the
reasons why.
To clear the message box press any key, except ESC. When a
programmed (computer controlled) player can't move, a message will pop
up telling you. These messages will clear themselves in about 2
seconds; if that's too slow for you, press any key to clear it
immediately.
After you have had your first turn you may, if you wish, pass
your turn either before OR after you roll the die. Press 'P' or 'p' to
pass.

If a player lands on a square occupied by an opponent's piece,
the opponents piece is sent home, or back to its starting location.
The player that has taken (sent home) another player is granted
another turn.
If a player lands on a square occupied by another of his/her/its
pieces, those pieces become a double piece. A double piece is
represented by a black dot on its the center.
Double pieces are the strongest pieces in Pachisi. A double can
not be taken or passed by a single piece. A double can not be passed
by any other double. A double CAN be taken by an opponent's double.
The are three safe or "resting" squares on each arm of the board,
twelve in all. The safe squares are light green in color. A piece can
not be taken, or sent home, if it is on a safe square. All four
players can have a piece in the same safe square. However, a single
piece can not move to the same safe square as an opponent's double
piece. If a single is on a safe square an opponent double can land in
the same square: the single does not get sent home!

To move a piece to the finish area in the center of the board,
you must have an EXACT roll. For example: if a piece is 4 squares away
from the finish and the player rolls a 5, he/she/it must move another
piece, if available, or pass this turn.
Take care when you are in the home stretch, (light green squares
leading to the finish), not to land one square from the finish!
Remember, there are no 1's on the die! The program will give you a
CAUTION message if you highlight a piece that would land on the space
before the finish. This message can be ignored, it's only a caution,
but you could NEVER win the game!
Once you get a piece to the finish area, it is moved off the
board and put under your name. These "finished" pieces are represented
by an empty circle.
When there is a winner, the message box pops up telling who won.
Press a key and the message box asks if you wish to play again. Press
'Y' or 'N'. 'N' will put you immediately in DOS. 'Y' will pop up
another message asking if you want to play with the same players.
Press 'Y' to use same players. 'N' lets you enter different players.


I hope you all enjoy Pachisi! After extensive, intensive, testing
I believe this program to be bug free. HOWEVER, if anyone finds a
problem or (yuck), bug in this program please contact me through the
postal service mail or Email at the following addresses on these
services:

A note to the GEnie user(s) that sent me Email earlier this year:
I apologize for not sending you a reply, I had a modem problem!!! When
I signed on last month I was informed that my mail buffer was flushed
down the old byte toilet after 30 days of no action by me :-(. If you
read this and have a problem, or kind words :-), please try again!