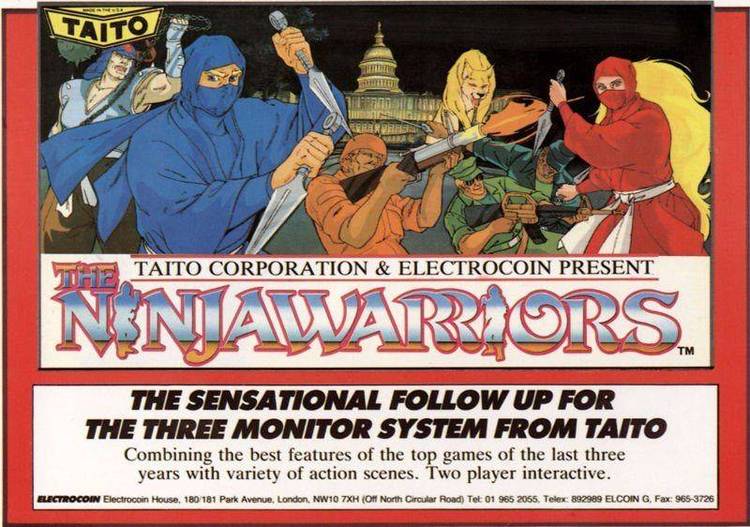 Contents of the NINJA.DOC file


NINJA.ARC should include the following files:

NINJA.COM The program that is run
NINJA.DAT Data file for graphics
NINJA.DOC This file

NINJA is a one-player arcade game that requires a Color/Graphics card and
an RGB monitor. It was written in Turbo Pascal for public domain. You are
free to copy this program and give it to other people as long as it is
complete and unmodified. If you enjoy NINJA, please send money. If you want
a copy of the source code, send a formatted diskette and a self-addressed,
postage-paid diskette mailer with your contribution. My address is:

...and Thank You for your support.

The controls for NINJA are simple; use the arrow keys on the numeric keypad
to move around, jump, and crouch, and press any of the function keys (F1-F10)
to attack. What all the controls do may seem a bit complicated at first, but
after you play the game a bit it will all make sense.

You are a NINJA, a martial arts expert, highly trained in the art of
combat. You have been assigned to attack a heavily guarded fortress and make
it through as many levels as you can before all three of your men are
eliminated. Each level is guarded by more and more black-belt karate fighters
who are intent on stopping you. Later levels will also be protected by the
elite Red Guard, who are also trained in Ninja skills.

Each level consists of five floors with trapdoors, some of which are open,
and you will fall through them to the next floor unless you jump over them.
Once you fall through an open trapdoor, there is no way you can go back up.
You cannot see the closed trap doors, and the only way to open them is by
eliminating a guard. Sometimes even that won't work, so keep trying until it
does. The bottom floor has no open trapdoors, so you can't escape to the next
level until you eliminate a guard and one of them opens. Later levels won't
have any open trapdoors on the bottom floor *or* the one just above it.

Both you and the guards get fatigued after a lot of intense fighting, so
you have to rest once and a while. You can tell when you're wearing out when
you start to walk slower, and if you fall over on your back, you're totally
exhausted. To rest, just stay in one spot without moving for a while.
Attacking takes a lot of energy, too, so don't do it unless you're rested.

To eliminate a guard, walk up to him within an arm's length and press any
of the function keys. If he jumps or ducks to avoid it, you'll miss, but if
you crouch or jump with him and then attack, you will hit him. It will take
quite a few hits to eliminate him, especially if he's a Red Guard, and he can
also hit you back the same way, so be careful. After you've beaten him up so
bad he falls over, just crouch down next to him and give him a good chop.

To get to the next level:
Eliminate guards until there are open trap doors in all the floors so you can
fall through them and exit off the bottom of the screen.