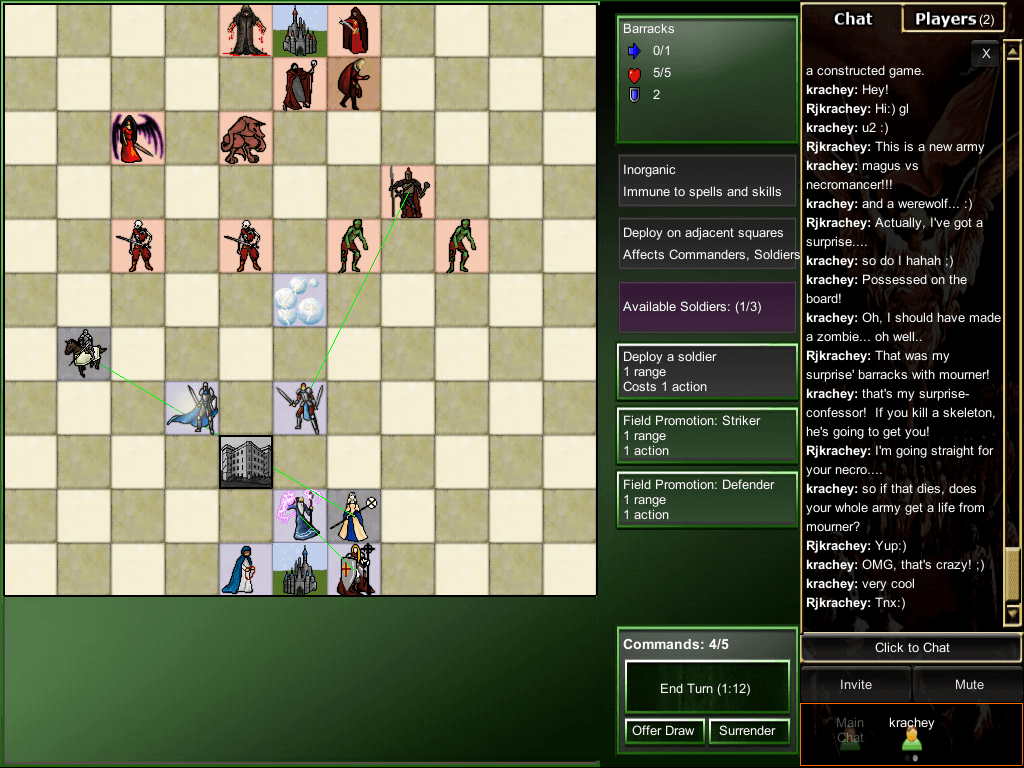 Contents of the NCHESS.DOC file


NOTICE: This product is copyrighted and is not public domain software.

SHAREWARE: Permission is granted to copy and distribute this software
on a not for profit basis, provided that the documentation and the
software are not modified in any manner. This product may not be sold
either by itself or packaged with another product without the express
written permission of Necromancer Software Systems. This document file
must also be included with any distributed copy of the program.

If you would like to receive the latest improvements to Necromancer
Chess please send $15 to:

Necromancer Chess can be run using only the floppy disk provided.
However, improved startup time can be achieved by copying the files
to the hard disk. The following files are necessary to run Necromancer
Chess:
NCHESS.EXE -- The program itself.
NCHESS.BK -- The opening book.
NCHESS.DOC -- This file. (not necessary at runtime)

The following files are necessary to run the Necromancer Chess Tutorial:

at the d> prompt (where d is the drive that contains the Necromancer
Chess program). Necromancer Chess should work on any IBM PC compatible
regardless of the video display card.

After the copyright notice has been displayed, Necromancer Chess will
display the chessboard on the left hand side of the screen and a menu on
the right hand side. Items are selected from the menu by using the up and
down arrow keys on the cursor keypad and pressing