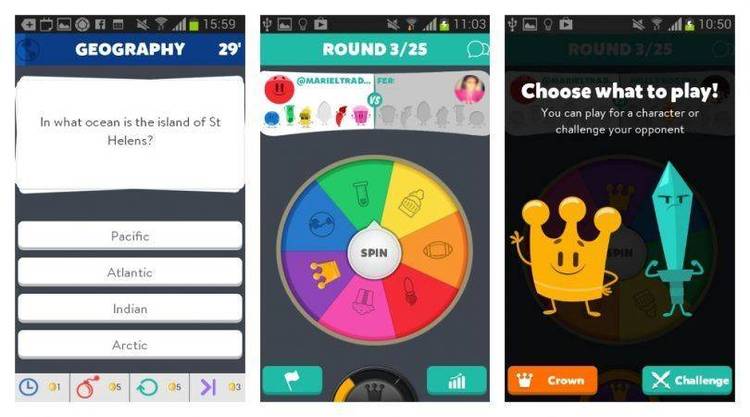 Contents of the TRIVIA.DOC file

U.S. Copyright Law and international treaties prohibit duplication and
transfer of copies of the software without permission from PAS
Software. However, PAS grants to everyone permission to duplicate and
give away, sell, or otherwise distribute copies, provided no portion of
the software is omitted.

Registered users are paid quarterly, by the 20th of the following
month, less a 50 cent service fee. Payments under $5.50 will be held
until the amount due exceeds $5.50.

PAS Software does not claim that any money will result from
registration. There are no guarantees of any kind.

PAS Software reserves the right to stop paying commissions to
registered user, in dealing with the software or PAS, violates any law
or regulation or causes any damages to PAS Software.


PAS Software makes NO WARRANTY of any kind, express or implied,
including without limitation, any warranties of merchantability and/or
fitness for a particular purpose. PAS Software shall not be liable for
any damages, whether direct, indirect, special or consequential arising
from a failure of this program to operate in the manner desired by the
user. IN NO EVENT WILL PAS SOFTWARE BE LIABLE FOR ANY DAMAGES,
INCLUDING ANY LOST PROFITS, LOST SAVINGS OR OTHER INCIDENTAL OR
CONSEQUENTIAL DAMAGES ARISING OUT OF YOUR USE OR INABILITY TO USE THE
PROGRAM, OR FOR ANY CLAIM BY ANY OTHER PARTY.

Some states do not allow the exclusion or limitation of incidental or
consequential damages. So the above limitation or exclusion may not
apply to you.

To start the program, from the DOS A> type:

To install onto your hard drive:

2) Put the PASS-AROUND TRIVIA disk in drive A.

4) At the A> (or B>), type INSTALL C: and press [Enter]. A
subdirectory named TRIVIA will be created and the necessary files
will be copied into it. (Note: Installation is limited to
C:\TRIVIA)

To start PASS-AROUND TRIVIA from your hard drive:

1) Boot your computer as you normally would.

2) At the C>, type CD \TRIVIA and press [Enter]. This will take
you to the PASS-AROUND TRIVIA directory.


The General Trivia #1 question disk is included on this distribution
disk. Other trivia question disks are available and should be inserted
into your disk drive after the game board has been loaded.

"Would you like sound?" will appear on the screen. Press Y if you
would like sound or N for no sound.

"Would you like multiple choice answers?" You have the choice of
having answers given and you select the correct one or of having no
answers shown and you think of the answer. If you select "N" then the
next question will be skipped.

"Would you like the answer to be shown?" If you choose yes, each time
you incorrectly answer a question, the correct answer will be
highlighted.

"Name of Player #1" You may enter a name for each player who is playing
the game. If you do not enter a name, "Player 1,2,3, etc." will appear
on the screen. If you want the computer to play type COMPUTER as the
name. You can decide how smart the computer should be by setting it's
I.Q. An I.Q. of 1 is very low.

"Insert Trivia Module and press [Enter]" Press [Enter] for the default
drive. If you are running TRIVIA from a hard drive and wish to use
another TRIVIA module, insert the module into drive A: and press the
letter A.

The computer controls all functions of PASS-AROUND TRIVIA leaving you
free to play and enjoy the game.

Player 1 will start first. Press the space bar and the computer will
roll the dice. Player 1's token will move the correct number of
spaces.

The object of the game is to accumulate the largest number of points
before any player lands on the "Final Question" which is located in the
middle of the screen.

Players are rewarded points for answering questions correctly, landing
on the $ square, or if another player lands on a "claimed" square, and
if the final question is answered correctly.

Players have points subtracted for incorrectly answering a question or
for landing on a "claimed" square.

Squares which have a question are identified by having an A,B,C or D in
them. These letters correspond to the category listed on the upper
right portion of the screen. Points for answering questions correctly
are as follows:

If you are playing with answers shown, the computer will ask you for
your choice (1,2,3 or 4). You have 30 seconds to answer that question.
The 30 second clock will appear on the upper right of the screen. If
you answer the question incorrectly or if your time runs out, points
will be subtracted from your score.

If you are playing without the answer shown, you have 30 seconds to
decide on the correct answer and tell it to the other players. Press
the return key to see the correct answer. If your answer was correct,
press the "Y" key after the question "Were you correct (Y/N)" appears
on the screen. If your answer was not correct, press the "N" key after
the same question appears on the screen.

Points subtracted for incorrect answers are as follows:

After a player answers a question correctly, then that player "claims"
the square. That player's token will appear on the square for the
remainder of the game. Each time another player lands on a "claimed"
square, points are subtracted from that player's score and points are
added to the player who has "claimed" the square as follows:

Bonus points are awarded each time a player lands on the "$" square and
when the first player reaches the "?" (FINAL QUESTION) square.

Bonus points for the "$" square are as follows:

Bonus points for the "?" are as follows:

The final question is located in the center of the game board and is
worth 10,000 points. The computer will determine a player's final
question from the subject category in which they achieved the most
incorrect answers. The player with the most points wins the game!


Use of Pass-Around Distribution Method