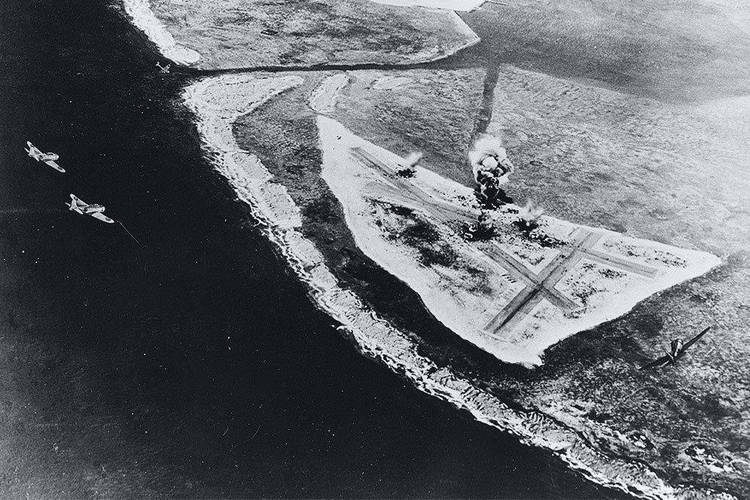 This is the Unix game Midway, written by Dave Riggle, which I have
ported to MS-DOS. I have played this literally hundreds of times, so
there shouldn't be anything to make it crash. Midway is a World War II
naval strategy game in which the Battle of Midway, a turning point for
the U. S. in that war, is simulated. The game uses the Curses screen
management library, for which I have used PC Curses (which included
fixes and diffs I've sent to comp.sources.misc). The original man page,
nroff-formatted, is included. I find the game pretty addictive at times.
Also included is a sample /etc/passwd file. Yes, that's right, this
game keeps a high scores list by uid, and instead of just commenting
out the getuid() stuff, I used my personal (written by me) set of
password and uid library routines to link this program. To use the uid
feature, simply set the environment variable _UID to an integer number
corresponding to the second field in each line of the /etc/passwd file.
That is, type
set _UID=1

at the DOS prompt, and you become user number 1.
Then the file passwd should be put into the directory \etc on the
current drive. If you've done everything properly, it will give you an
actual user name in the scores list. If you don't have /etc/passwd, it
will probably say "(null)." If you don't set _UID it should call you
"root."
I plan to use this set of routines in any other games I might port
that need them. I have used them for a fairly long time, and think I
have all the bugs out.
Sorry if the description of my library routines was longer than that
of the game, but the game has a fairly long man page to look at.
Let me know if you have any comments on either the game or the uid
(user id) stuff.