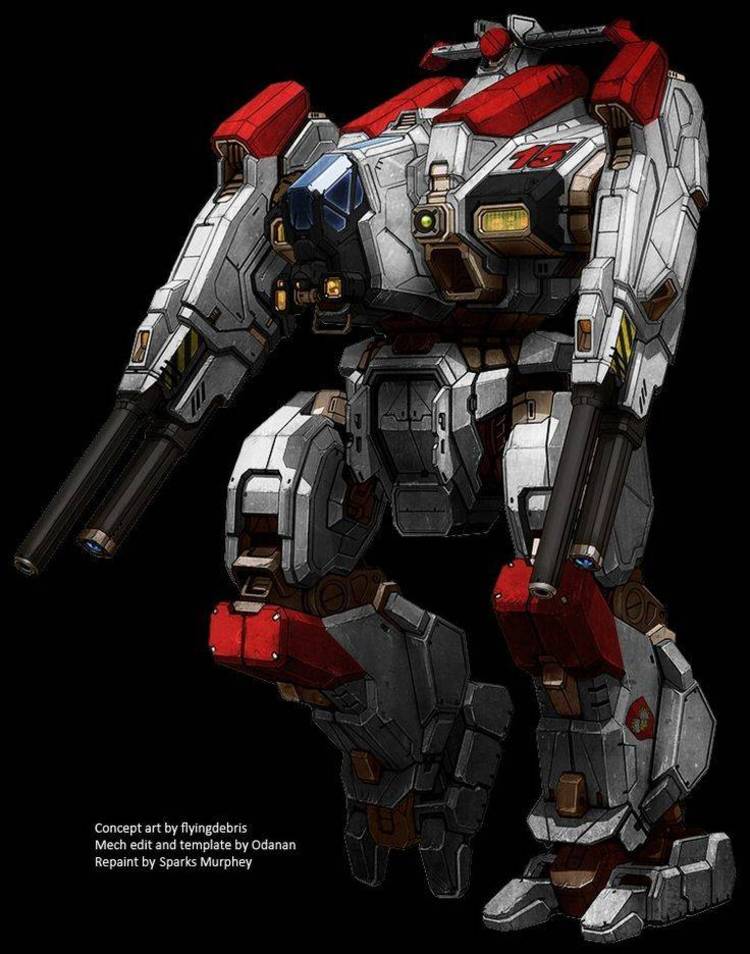 Contents of the MECH.DOC file

The mech editor was designed for use with FASA's BATTLETECH war
game. This program was designed to make and edit the mechs used to
play the game. It includes all the design rules from the first
BATTLETECH game and the additional weapons and design rules found
in the 2750 Technical Readout. The only rule I tossed out was the
ability to buy machine gun ammo in half ton lots.

There are twelve files included in this program. They are:

Engines.tbl These are tables the mech editor needs to
Internal.tbl compute the mech from items chosen while
Weapons.tbl editing and printing a mech.
Menu.tbl

The only requirement to run this program is to place all the files
in the same directory. Then go to that directory and run
Mechedit.exe.

At this time one of the eight choices will be highlighted in blue.
You can use the up/down arrow keys to highlight a different choice.
Once you highlight the choice you are interested in press the
return key and the program will go to that choice. If you are in
any other part of the program the ESC key will always bring you
back to the main menu.

The following is a list of keys used in the editor:

NOTE: You will have to use the ESC key to return to the main menu.

Notes: Heat Sinks is the physical number of heat sinks you have
in the mech. You start with 10 for the heat sinks in the
engine.

Heat Points is the amount of heat you can disipate in one
turn. This came about because of the double heat sink
addition in the 2750 Technical Readout.

Total Spaces Used is the number of critical hit spaces
that have been reserved. This includes any thing that
takes up or reserves space.

Spaces used in each area of the mech include evrything
except Ferro Fibrous Armor, Endo Steel Skeleton, and heat
sinks. These items only show up in the total spaces
used.

If you see question marks on the editing screen, that
means that something you put in has gone out of bounds.
For example, if you put in too many weapons your actual
tonnage might be greater than your design tonnage and
???.?? will show up in place of the actual tonnage.

When you select this option the program automatically classifies
the mech and stores it in the appropriate file. For example, if
you have a heavy mech it will store it in the heavy.mch file.

If a mech by the same exact name is already there the program will
produce a small menu that looks like this:

Duplicate Name Was Found:
1. Replace The Other
2. Rename This Mech
3. Exit Without Saving

If you are just updating or changing an existing mech, select item
one this will delete the mech that is on disk and replace it with
the updated version.

If you want to rename your mech and then have the program save it,
use choice 2.

When you select this option the program will prompt you for the
classification of the mech you want to load. After selecting the
classification you be presented with a list that shows all the
mech's on the disk. Use the arrow keys to select the mech you want
to load and press return. If the list fills all four columns of
the screen, you can use the page up and page down to change lists.
Use the escape key if you change your mind and don't want to load
a mech.

Deleting a mech works the same as loading a mech except that
instead of loading the mech it is deleted.

Printing out a mech:

The only requirement for printing out a mech is that the printer is
connected to LTP1 and that you printer supports 17cpi, single line
double width printing and form feeds. This program sends an ascii
code of 15 to turn on the 17cpi, a 18 to turn 17cpi off, a 14 for
the double width print, and a 12 for the form feed. If you printer
does not support this then send me your $20 registration and a list
of the corrections that need to be made. I will send you a revised
program and the original program.

The Print Playing Sheet is used to print a sheet similar to the one
used in play of the game. It has circles for each of the armor
section that can be crossed off as damage is taken. In addition,
it has a completed crit chart that follows all the rules. The only

thing not listed on the crit chart are Ferro-Fibrous Armor and Endo
Steel Skeleton. Hits to these areas are treated as no result and
rolled again anyway. However, there are blanks reserved for these.

The Print Status Sheet is used to print a sheet similar to the ones
found in the technical readouts. If XL engine technology is used
the letters XL will appear after the rating. The rest is self
explanatory.

This will get you a registered version with a fifty line VGA editor
and a program to add more weapons and ammunition to the Weapons.tbl
file. If you find any bugs in the software, let me know it may be
worth a free registration.