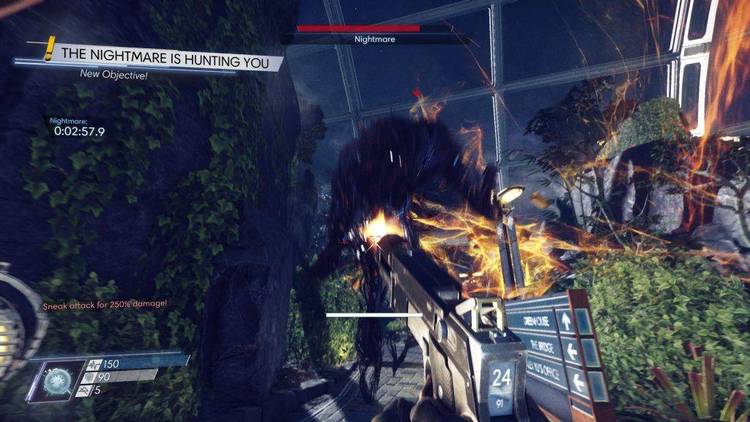 Contents of the KDLOG.DOC file

KDLog is a collection of five fairly standard PC games that have been
around for quite a while. These five are of the "brain teaser" variety
requiring logic instead of shoot-em-up dexterity. As such, the name --
KDLogic or just KDLog for short.

I thought it would be nice to accumulate these five games into one
package, in a fairly small pop-up type window that can be made memory
resident (TSR) for quick exit and recall.


The five games are:
Towers of Hanoi - Move a stack of blocks from one area to another
without ever putting a larger block on top of a
smaller block.

Yogo - Sometimes called HiQ (for High IQ). Jump pegs
to remove them, attempting to end with only one
peg in the very center of the pattern.

Fifteen Squares - Probably the easiest of the five. The old plastic
(or if you are very old -- wooden) puzzle where you
move random numbered squares into a 1 to 15 sequence.

Mine Field - Have also seen this called Relentless Logic. Move
across a grid from one position to the next using
a number clue at each position to avoid hitting any
of a selected number of hidden mines.

MasterMind - Deduce a 3 to 5 digit number based on clues telling
which digits are correct and/or correctly placed
after each guess.

KDLog was written in Turbo Pascal 5.0 with the TSR code courtesy of
my brother-in-law (true), Ken Pottebaum.

All of the parameters deal with memory residency and are optional.

To make KDCalc memory resident, use the "/M". Without the /M, the
other parameters are worthless.

Assuming that "/M" was used, the remaining parameters allow you to
define the ACTIVATION KEY Combination (Hot-Key).
C = Cntl; A = Alt; R = Right Shift; L = Left Shift and "x" = any
NORMAL key (a-z,0-9). You must use the double quotes ("") around the NORMAL
key. Any combination of Cntl/Alt/Left Shift/Right Shift plus a NORMAL
key is OK as long as you use only one of each. EXAMPLES:

Hot-Key means press the ACTIVATION KEY combination simultaneously.
The order and case of these parameters makes no difference, but they
must be separated by a space. [Cntl][K] is the default Hot-Key.

Without the /m parameter, KDLog will execute from DOS like any normal
program.

Upon execution, a window will pop up in the center of the screen
displaying a menu for game selection. Select your choice. A short
game description will then be shown. In Mine Field and MasterMind, you
will be asked to enter a number to start the game.

KDLog will automatically turn your NumLock and CapsLock on for
Towers, Mine Field and MasterMind and return them to their original
state when you exit. The other two games should have NumLock and
CapsLock off. If for some reason, the settings are not properly
activated for each game, please do so manually.

One of the menu options will only be displayed in the memory resident
mode -- R. The R option restores the last game you were playing before
the boss rudely interrupted you and forced you to quickly pop down the
program with the Esc key.

Specific instructions for each game will be displayed after the menu
item is selected.

Most of the game activity is controlled from the numeric keypad (sometimes
as numbers and sometimes as directional keys). It should be fairly obvious
with each game.

The Esc key always takes you completely out of the program. Handy for
quick retreat. The M key takes you to the Menu. These two keys can be
used anywhere, anytime. In TSR mode, your current game position can be
restored after using one of these keys. In non TSR mode, that is not
possible.

The only game in which you could possibly "cheat" is Mine Field. An S
option has been added to allow you to show the positions of the mines.
This was included because some people had a hard time trying to figure
out the meaning of the numbers on the current position. S allows you to
get the "feel" of the game. H will hide the mines again.

REQUISITE DISCLAIMER and OTHER STUFF:

Every reasonable attempt has been made to offer a fun product that
may be of some use and be "bug" free. I (the author) can, however,
offer no guarantees as to the suitability or use of this program.
Therefore (here we go)...

THIS PRODUCT IS PROVIDED "AS IS" AND
WITHOUT WARRANTIES EXPRESS OR IMPLIED.
THE USER ASSUMES ALL RISK ASSOCIATED
WITH THE USE OF THIS PROGRAM.

You may copy and distribute this program freely. Please don't
charge for it and please provide this DOC file with it.

Anyone who is interested, can send the author (me) $5.00 or so.
(Mainly, I'm curious to see if anyone is interested!)

P.S. While I'm not a programmer by profession, I have written a few
other things -- usually because I can't find or buy precisely
what I'm looking for. You may see some of these floating around.

[All of my programs begin with KD].

KDQwik - a small, easy word processor. Extremely straight
forward for a beginner or an executive. (not under
general release as of 4/26/89).

KDGraph - a pull-down menu driven graphics package for EGA/VGA.
It's fast and does some 3D stuff along with your basic
bars,lines and pies.

KDCalcG - an EGA/VGA graphics implementation of a hand held
calculator. It has list, print, and does some neat
stuff with its nine memory registers.

KDCalc - a non-graphics version of KDCG. Has a few more
functions and can be made memory resident for
pop-up capability.

KDPoker - There are a lot of good blackjack games, but I couldn't
find a good, true rendition of the Video Poker machines
that are now extremely popular in Las Vegas, Reno, etc.
Two commercial versions I bought were awful. This plays
pretty much like the real thing.

KDPokanl- This is kind of a companion program to KDPoker. It has
two modes - one, a PLAY mode which will play much like
the games included in KDPoker. The other - ANALYSIS mode
which allows you to set up any hand, hold the cards you
want and draw to it repeatedly to help determine the best
strategies to play video poker.