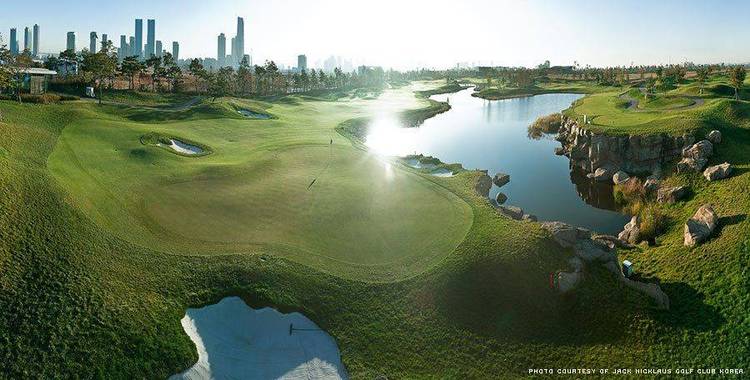 Contents of the TPCSAWSE.TXT file


Host to the yearly Players Championship, The TPC as Sawgrass is distinctly
the "grandfather" of all TPC courses. The course and club are operated by
the PGA Tour and serve as the headquarters for the PGA Commissioner and his
staff.

When it first opened, Jack Nicklaus was asked if the controversial design
suited his game. "No," he said, "I've never been very good at stopping a
five iron on the hood of my car." Ben Crenshaw, normally the most diplomatic
of players, pronounced the course "Star Wars Golf, designed by Darth Vader".

After some heavy reworking of the greens and some traps, it has today become
the charmer. Crenshaw now says that "there are no weak holes." And it makes
the listing of the top 100 courses in the world. #18 is listed as one of the
toughest finishing holes in golf. And, the signature hole, #17, is world
famous and intimidates the most daring and bravest of players.

Since 1977, this tournament has raised more than $5,000,000 for charity. It
was originally called THE TOURNAMENT PLAYERS CHAMPIONSHIP, or TPC. But when
a couple dozen other TPC courses were born, Deane Beman and the PGA changed
the name to The Players Championship and only the course retains the TPC
designation.

The reference material came from many different sources. Golf Courses of
the PGA Tour is a great book and was used for its color photographs on a
couple of holes.

Gordon Mobley sent me a package with a dandy overhead map that was part of
the handout stuff for the last round of the 1992 Players Championship. He
also sent a newspaper article that had different players commenting on each
hole. That's where the hole quotes come from.

I have to mention Mark Willet. You can actually find a couple of his objects
at in unmodified form. That, and he did not get to harass me extensively
while finishing this course, in the same manner that I have harassed him
during our joint effort on Cherry Hills.