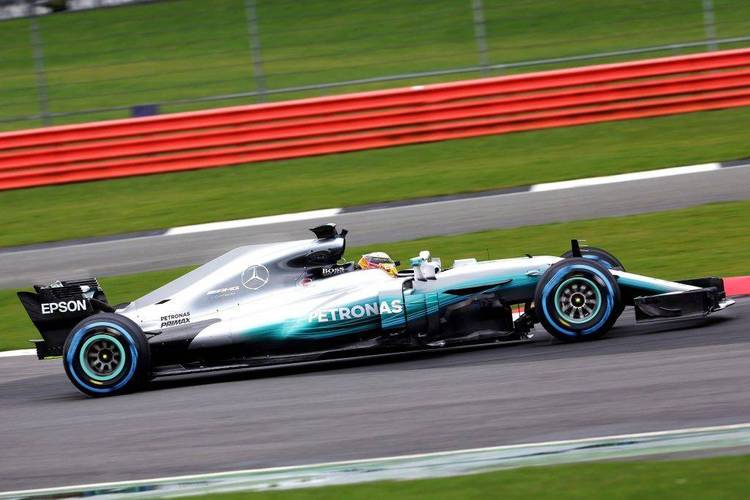 Contents of the GP.TXT file

****a shareware release****
The aim of the game is to win the constructors' championship.
This can be achieved by observing the following axioms:

1: Get a good driver
2: Make a good car
3: Treat your staff well
4: Notice what other teams are doing
5: Heed your chief mechanic and designer

This is the time when you attend to your finances to enable you to construct a
competetive car. You will not be allowed to exit the close season until your
available funds are sufficient to cover basic costs for construction and races.

LOANS are available from the bank, but if this isn't enough then visit the
MONEY LENDERS, who will give you just enough to see you through (at a 100%
interest). Be reasonable. Spending too much money will result in bankrupcy.
Money can also be collected from your SPONSORS. Normally they will pay you on
the basis of your previous season's achievements.

SALARIES: These can be fixed according to how much money you have and how
generous you are feeling.Salaries paid to "general staff" are paid as a lump
sum (it is assumed that they are required only for a short period of time),
whereas salaries paid to your mechanics are paid 16 times (once per race). Try
to remember that money is a great incentive for making people work hard.

RESEARCH: This covers minimum transportation costs and various testing costs.
The more you spend the more testing can be executed on your new car, which
should make it more reliable.

DRIVERS: Obviously you need a driver. You can, if you can afford it, have two.
You cannot purchase a driver who is already attatched to another team, but any
of the others (you can choose from 50) are available for whatever their asking
price.

HIRE AND FIRE STAFF: More general staff will create better opportunities for,
among other things, finding a quality Chief mechanic or Chief designer, helping
in the actual construction of the car(s), various forms of financing and
maketing.More mechanics simply means less time in the pits. The Chief mechanic
will be responsible for acquiring new parts and ensuring that all is well with
the existing ones. The Chief Designer does a similar job, but his concern is
with the bodywork.

ENGINE: The various engines are: Judd, Ford Cosworth, Honda, Renault and
Ferrari. Ferrari engines are used exclusively by the Ferrari team, but any of
the others can be bought at the prices listed. It is up to you to discover
whether cost has anything to do with efficiency.

CAR: You can make either one or two. If you have two drivers you must make two
cars, otherwise be satisfied with one.

MATERIALS: It is wise to spend extravagently on materials since they will
partly determine the final quality of your car. If you spend too little you may

find yourself making all sorts of repairs just to maintain the car's level of
performance, rather than readjustments to improve it.

Qualifying occurs before every race. It determines the grid positions and the
unfortunate handful who are too slow to get into the race itself. To qualify
you must finish in the top 26.

Qualifying takes place in four groups, starting fifteen minutes apart, each of
which drives as fast as possible for an hour. Their best individual lap time is
their qualifying time. It is often necessary to go into the pits to have slight
readjustments made. Any time in the pits is deducted from your hour of qualify-
ing time.

Press F8 to dramatically speed up the display time.

The top six cars are constantly visible in the top left of the screen. The top
right contains a lap counter and a few race statistics. The middle of the
screen is reserved for important information received during the course of the
race: e.g. weather conditions, pit stops, cars pulling out of the race. The
bottom of the screen contains uptodate information on your driver(s).

To review the grid position press F1. F2 gives current times for all 26
starters for the previous lap. F3 will show both driver and team rankings as
they currently stood before the race began. F4 shows how much prize money is on
offer and any sponsorship bonuses.

It is possible to toggle between the graphics display and the text display at
any time during the race. Choose whichever you prefer.

To QUIT the game at any time press F10.
Load and save options are only available in the full version (only 10!)

When you are accosted by your designer or mechanic to change something,
consider carefully what may result. If your car is obviously inferior to the
top teams then you don't have much to lose. If your car is performing well,
however, your interference could actually make it worse.

Research is the single most important thing to spend lots of money on.
The number of mechanics you have is not particularly important. All they can do
is make your pit stops shorter, but 70% of pit stops herald your car going out
the race, anyway.

Remember to collect your sponsorship money by selecting the appropriate
function key. It's assumed you have none until you do so!

Good chief designers and chief mechanics are as important as good drivers.
Getting one is dependent on your previous season's score and salaries paid to
your staff.

If your sponsorship money for the new season is insufficient to cover any debts
then it's curtains for you. Best to avoid big loans or any loan from a money
lender.

You may find it easier to move from race to race by pressing the spacebar.

In this version you can only play 3 seasons. The full version offers play for
unlimited seasons.