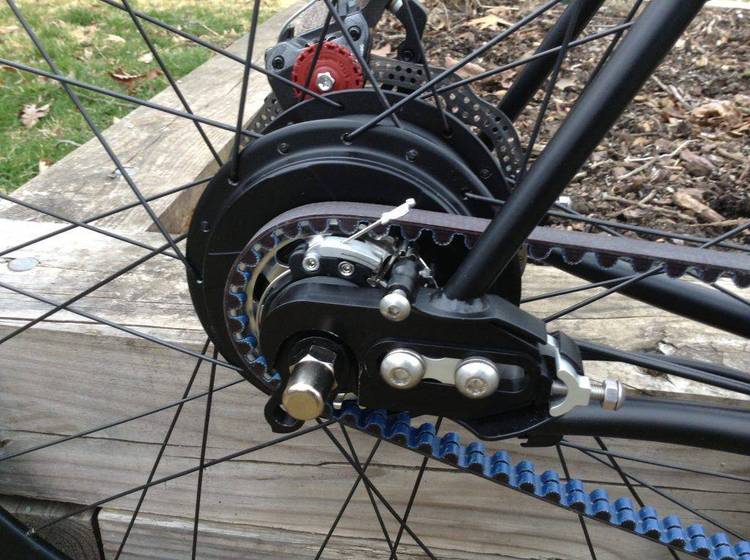 Contents of the GEAR.DOC file

Permission is hereby granted to NON-COMMERCIAL USERS to freely use,
copy and/or distribute this program. This program is distributed
without warranty as to its utility or functuality. It is distributed
entirely on an 'as is' basis. However even in this 'as it is' form we
hope you find it fun and/or useful.

What does the program do ?
The primary function of the GEAR program is to calculate all of the
possible gear ratios that you can get given the number of teeth on the
front and rear gears of your bicycle. The results are expressed in
terms of "equivalent wheel diameter".
If you have read about the history of bicycles you will remember the
great high wheeled bikes of 1890's that had the pedals attached directly
to the front wheel. Since bicycles of those days lacked gears, the only
way you could go faster was to pedal a bigger wheel. When geared
bicycles were introduced it became possible to get the same effect by
turning a smaller wheel more than one turn for each rotation of the
pedals. The "equivalent wheel diameter" is thus the actual wheel
diameter multiplied by the number of wheel revolutions that occur for
each full turn of the pedals.
The GEAR program works a lot like a mini-spreadsheet: there are
blanks (or "cells") on the screen where you fill in values for things
like wheel diameter and the number of teeth on a front or rear gear
sprocket. At the bottom of the screen there is a pseudo graphic display
of the equivalent wheel diameters for all of the possible combinations
of gears that you have entered. As you enter or change the data, the
display at the bottom is updated each time you type the